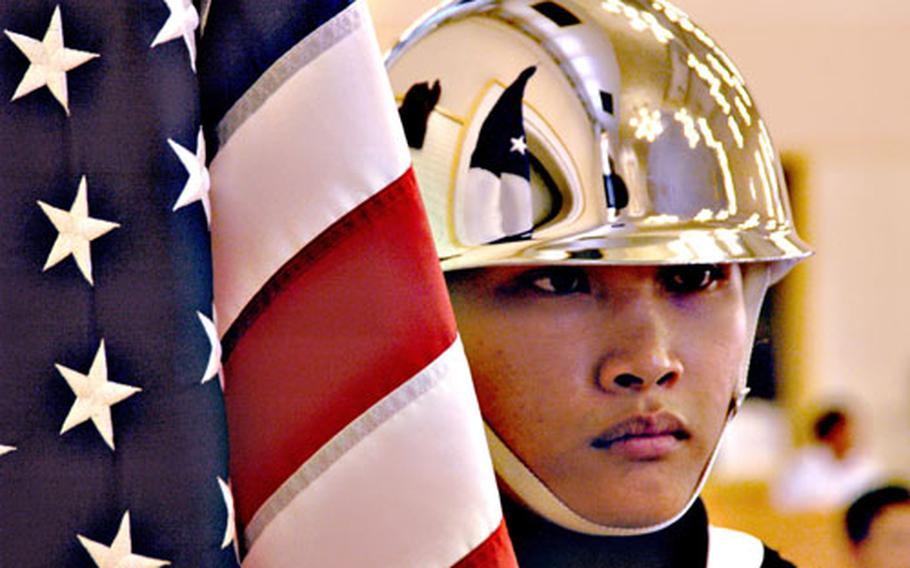 The American flag reflects in a color guardsman’s helmet at Yokosuka’s Chapel of Hope before a naturalization ceremony for 68 active-duty servicemembers representing 22 countries. (Chris Fowler / S&S)

The American flag reflects in a color guardsman’s helmet at Yokosuka’s Chapel of Hope before a naturalization ceremony for 68 active-duty servicemembers representing 22 countries. (Chris Fowler / S&S) 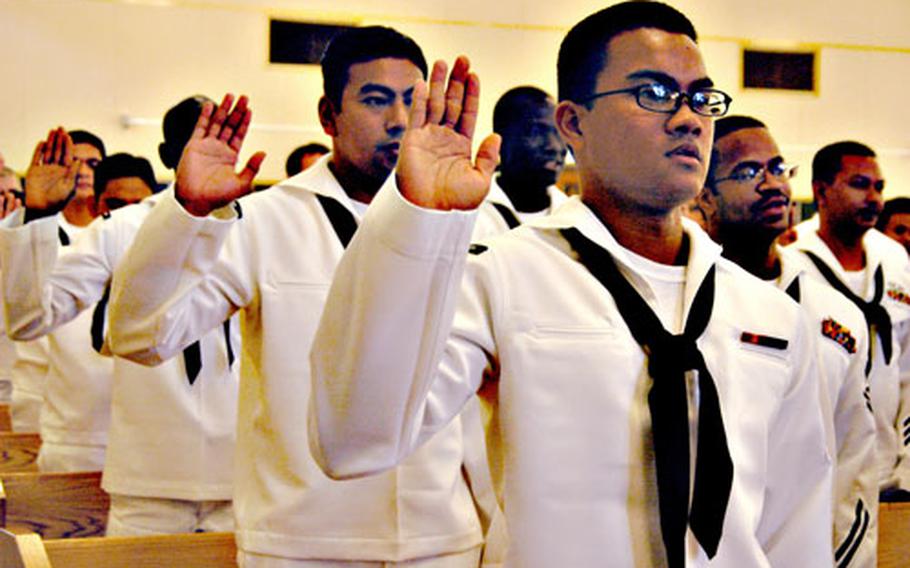 YOKOSUKA NAVAL BASE, Japan &#8212; They came from 22 countries to bear arms in behalf of the United States.

They all vowed to support and defended the Constitution, and without reservation they became U.S. citizens.

Sixty-eight sailors and Marines took the Oath of Allegiance, some with tears welling up in their eyes, during a ceremony Friday at Yokosuka&#8217;s Chapel of Hope.

Stacy Strong, from the U.S. Citizenship and Immigration Services of the Department of Homeland Security, officiated during the ceremony.

For Petty Officer 2nd Class Deon Callendar, from Helicopter Anti-Submarine Squadron 14, the journey to citizenship began on the island nation of Trinidad.

Deployments and other operational commitments made him the last member of his family to earn citizenship, he said. &#8220;This is my third try.&#8221;

Kelly then challenged everyone to listen to the oath and help make the nation a better place.