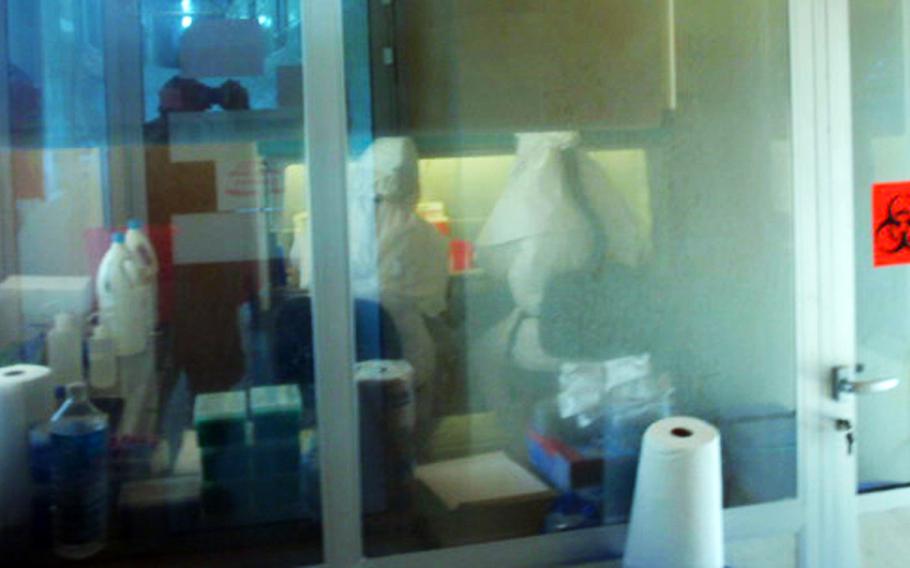 Operation Homefront, which assists military families with loved ones deployed overseas, will help pay for the following to eligible families:

Food Rent and mortage payments Utilities Car and home repair Home items Families can apply online for emergency assistance at OperationHomefront.net, or call 877-264-3968. The organization typically provides money in the form of grants paid to service providers, rather than giving the cash directly to families. Because the money comes in the form of grants, not loans, families that receive assistance aren’t required to pay it back.

Eligibility for Operation Homefront emergency funds normally requires a servicemember to be physically located in a combat or combat-support theater or assigned to a ship for greater than 30 days and either en route to theater, forward deployed, or conducting seagoing missions, according to the organization. But it will provide assistance in this case due to the “unique stress” placed on military families by the non-combat Ebola mission, the organization said.

“The U.S. military remains the worldwide rapid-response force whether facing a military foe or natural disaster, and they are in need of our support,” Tim Farrell, Chief Operating Officer for Operation Homefront, said in a press release. “Our servicemembers have shown enormous courage and flexibility to face any threat, and we are going to be equally flexible to ensure that while they are deployed for this humanitarian mission, we are back home taking care of their families.”

Slightly more than 500 servicemembers are now in Liberia to build treatment centers and provide logistical support. Another 115 are in Dakar, Senegal, supporting the mission, Pentagon spokesman Col. Steve Warren told reporters Monday. Secretary of Defense Chuck Hagel has authorized up to 4,000 to be deployed to West Africa to assist the international effort to combat the disease, which has killed more than 4,500 people in recent months.

Troops who deploy to Liberia will receive hardship duty pay of $150 a month. In addition, troops with dependents will receive a family separation allowance of $250 a month retroactive to the day of arrival, starting after 30 days, according to officials.