The museum is in the town’s centuries-old jail. One part of the museum lets us see how prisoners were tortured many years ago. (Photo by Geoff Ziezulewicz/S&S)

The museum is in the town’s centuries-old jail. One part of the museum lets us see how prisoners were tortured many years ago. (Photo by Geoff Ziezulewicz/S&S) 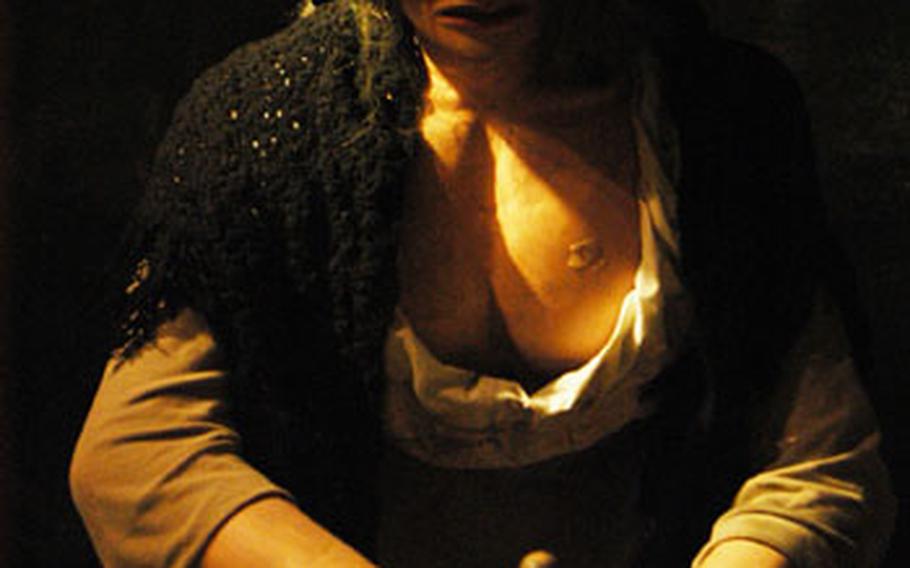 The Ely Museum contains artifacts behind glass as well as many pieces that visitors can handle. (Photo by Geoff Ziezulewicz/S&S) Artifacts at the Ely Museum include this set of French armor from the Battle of Waterloo in 1816. (Photo by Geoff Ziezulewicz/S&S)

ELY &mdash; Believe it or not, this Cambridgeshire town is much more than a pretty cathedral.

Yes, the cathedral is nice and all, but did you know that mankind&rsquo;s been living in the area since the last ice age? And that this whole stretch of East Anglia used to be underwater? And that they drained it all away a couple hundred years ago?

You can learn all about the area&rsquo;s varied history at the Ely Museum, a nice diversion in the city center that is just a few hundred meters from, you guessed it, the cathedral.

The museum is in the town&rsquo;s old gaol &mdash; or jail &mdash; and has been at that location since 1997, according to curator Elie Hughes.

"It gives a flavor of the people of the fens and also the geography of the area," Hughes said of the museum.

It certainly does run the gamut. Visitors start out in prehistoric times, with various artifacts from the area that were once used by tribes dating to 50,000 B.C.

"Even before the drainage of the fens, people were living on islands here for thousands of years," Hughes said.

The bronze and iron ages give way to war artifacts from the Battle of Waterloo in 1815, and a French set of armor that was displayed at the cathedral for years.

For the kids, there are exhibits along the way that they can touch and experience, even old sets of fen clothing.

There&rsquo;s also a nice section on the Ely and Littleport Riots of 1816. Basically, British men came home from fighting the French and were angered when there were no jobs available at home.

Most interesting is the re-created jail cells on the second floor. Here you can learn about all types of pleasantries, from inmates who often died while in confinement to the torturous practices of the old jailers. Makes a man glad he didn&rsquo;t live in those bleaker times.

Admission is 3.50 pounds for adults, free for children. Residents of east Cambridgeshire can get a deal where they pay admission once and can get in free for the year.