Ely: Oliver Cromwell's house is as haunted as you want it to be 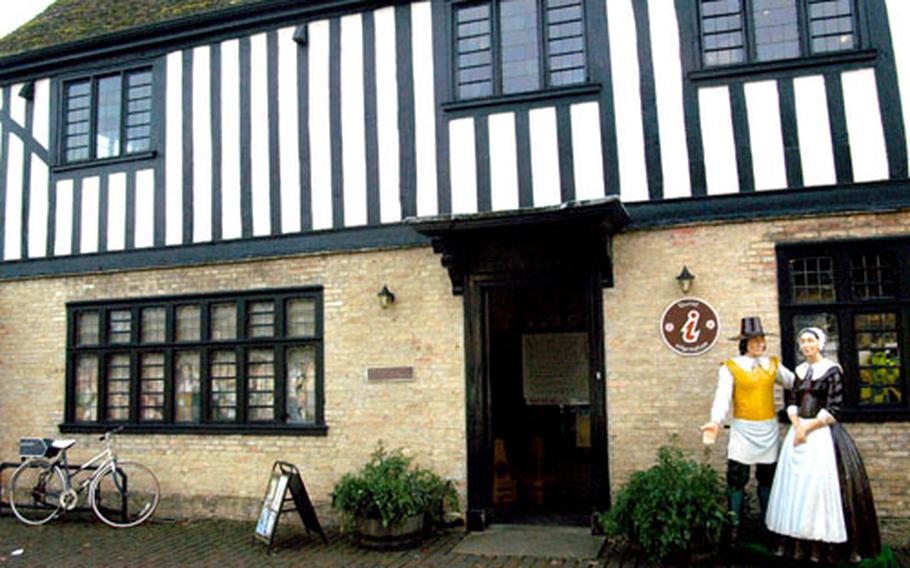 For 3.75 pounds, visitors can tour the spooky home of Oliver Cromwell in Ely. (Ben Murray / S&S)

For 3.75 pounds, visitors can tour the spooky home of Oliver Cromwell in Ely. (Ben Murray / S&S) 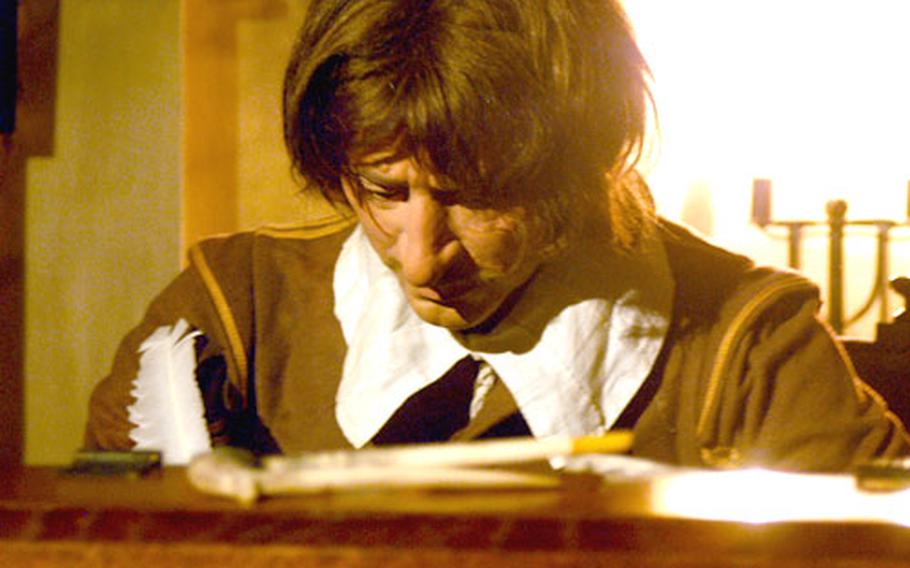 A re-creation of the future leader of 17th century Great Britain scribbles some notes at a desk in his study in one of the rooms visitors can tour at the Oliver Cromwell House in Ely, England. (Ben Murray / S&S) 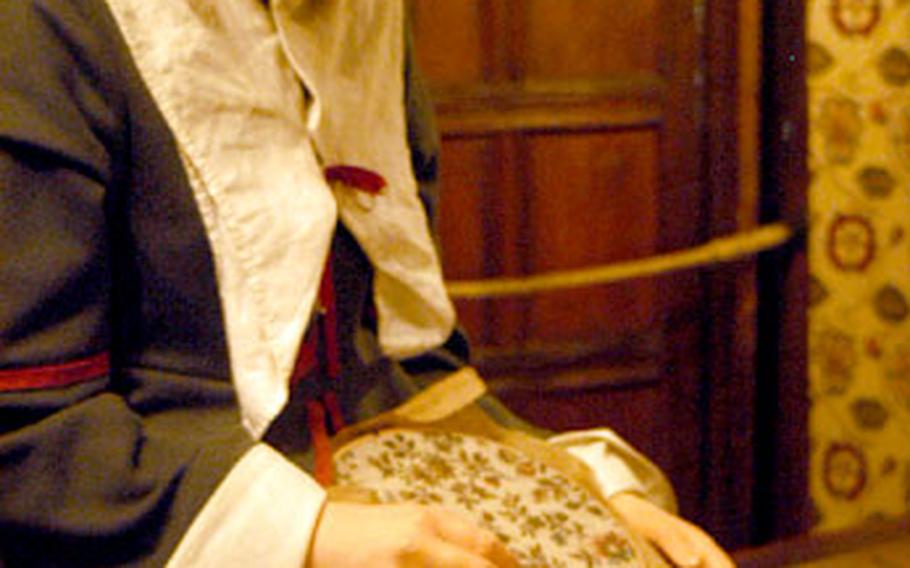 What looks at first to be a regular dummy slowly turns to look at visitors as they enter the first room. (Ben Murray / S&S)

ELY &mdash; Standing next to the ghost of Oliver Cromwell in the former English monarch&rsquo;s bedchamber, one gets a sense of unease, tinged with a taste of fear, in the musty air.

Maybe it&rsquo;s the silence, or the darkness of the shuttered room &mdash; or the lifelike re-creation of his dying body, twisted in the sheets. But for those unaccustomed to the presence of the undead, the situation can be both terrifying and slightly awkward.

Suspecting the spirit of an (extremely) former dignitary in the room, do you bow? Say something? Get the heck out, fast?

The spookiness is part of the fun at Oliver Cromwell&rsquo;s House in central Ely, a combination tourist center/historical display/spectral magnet where the 17th-century &ldquo;lord protector&rdquo; of the British realm lived for 11 years before rising to greatness. The military leader and politician led the overthrow of Charles I and ruled England, Scotland and Ireland from 1653 &ndash; 1658.

Situated downtown, just down the street from the enormous cathedral, the house is the tourism hub for the town, with the walk-through tour portion of the home located behind a busy souvenir shop.

With Halloween on the horizon, the Cromwell house is also an easy place to visit the site of numerous ghost encounters, including one significant event in the bedroom.

Workers at the house told of a former staff member who was in the dimly lit room when he noticed his shoelaces being untied. The man tied them back up, but a moment later they were undone again, and the process repeated itself several times before he became convinced something was in the room with him, and he fled.

Other stories are told about the 800-year-old building, such as reports of unidentified people in the museum, a woman disappearing through a wall, and strange lights noticed by members of the Cambridgeshire Paranormal Research Society during their investigation of the home.

On another visit by members of the CPRS, a spiritualist was possessed by a presence that spoke through her, according to an account of the incident on the group&rsquo;s Web site.

With ghosts on the mind, it&rsquo;s easy for the house to seem creepy. The tour starts in a dark parlor inhabited by two faceless dummies and an animatronic mannequin of Cromwell&rsquo;s wife, which turns slowly to look at visitors as they enter.

For a ticket price of 3.75 pounds, visitors can go through the parlor, the kitchen, the study, several informational displays and the bedroom &mdash; marked on the guide as &ldquo;The Haunted Room.&rdquo;

Though the tour is short, a guide who wrote the book &ldquo;Haunted Ely&rdquo; will occasionally take groups through on request. And for those who don&rsquo;t get their fill of ghostly locales, the Ely Museum runs several ghost walks around the town center in the fall. The Halloween tours are already booked, but two extra walks will be held at 6 p.m. and 8 p.m. Nov. 12. Tickets cost 4.50 pounds and must be bought in person at the Ely Museum.