Elite Iraqi police putting training to use on streets 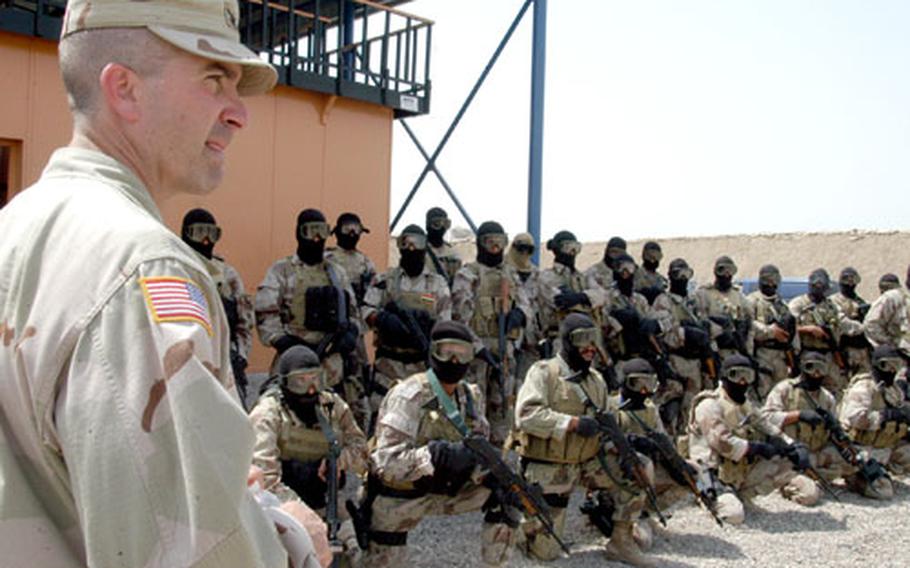 Members of the SWAT team from Karbala pull suspected “terrorists” from a commercial bus during a training exercise Monday at Camp Dublin, near the Baghdad International Airport. (Sandra Jontz / S&S) 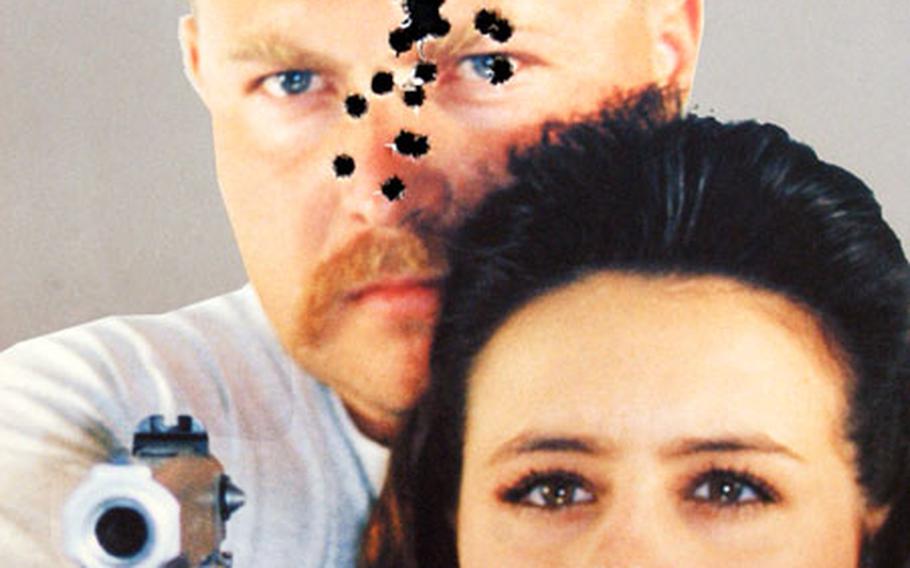 An assessment of targets after members of the Iraqi Emergency Response Unit stormed a training building showed that a team member accurately pumped bullets into the head of a terrorist, and left unscathed the hostage. (Sandra Jontz / S&S)

CAMP DUBLIN, Iraq &#8212; He was a soccer star in a previous life, the one untouched by war. He was famous among his fellow Iraqis, as soccer players usually were.

But now, he lives a life in obscurity &#8212; his face hidden behind a black ski mask when on the job. It&#8217;s too risky for the 24-year-old soccer star-turned-cop to reveal to the world his life as a member of the Emergency Response Unit, an elite part of the rebuilding Iraqi police force.

He prefers his new life.

&#8220;My jobs are almost the same. In soccer, we made goals. Now I make goals. Goals by capturing terrorists,&#8221; he said Monday during a training break at Camp Dublin, near Baghdad International Airport.

The specialized teams being formed are unlike anything the Iraqi police force has seen in the past, said an Iraqi company commander. Because of the volatile security situation and the targeting of Iraqi police forces by insurgents, he and other members interviewed asked that their names not be published.

The rigorous course translates into a high dropout rate, however, with only about 30 percent of the candidates graduating after eight weeks of basic and advanced courses, U.S. Army Capt. Ron Lanzo said.

The ERU now comprises three companies of 60 members each. The goal by June 2006 is to build a regimental-size unit and add support, training and headquarters companies, Westhusing said.

Given the short time in which the units have trained, they&#8217;ve performed remarkably well during real missions, said trainer John Howard, a former member of Britain&#8217;s hostage rescue team.

During a deployment to Mosul last month, the team helped the U.S. Army in various missions that involved the freeing of hostages. The Iraqis also captured two high-value targets following an attack on the 25th Infantry Division that resulted in U.S. casualties, Howard said.

In another mission, they captured a suspect charged with the kidnapping and beheading of one of the police team members.

CPATT&#8217;s goal is to train a total of 20 SWAT teams of 27 members each, and placing one team in each of Iraq&#8217;s 18 provinces. The additional two could be placed in provinces with large cities, such as Baghdad, Lanzo said. Nine teams have graduated so far.

&#8220;We get a very high level of training from very good instructors and we develop day by day, building our ability, step by step,&#8221; said a 23-year-old member of the SWAT team from Karbala.