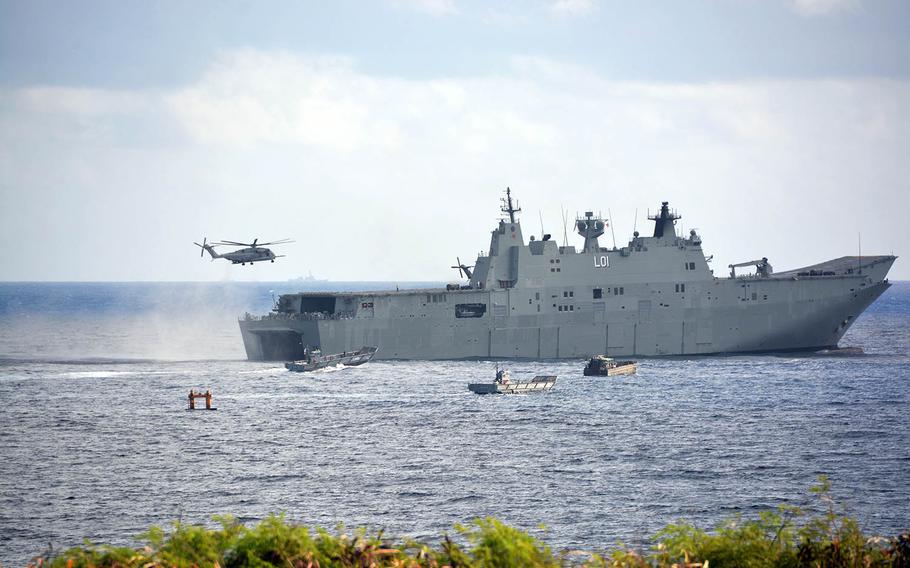 Buy Photo
A Marine Corps Super Stallion lands aboard the HMAS Adelaide during Rim of the Pacific drills off the shore of Marine Corps Base Hawaii, Sunday, July 29, 2018. (Wyatt Olson/Stars and Stripes)

Buy Photo
A Marine Corps Super Stallion lands aboard the HMAS Adelaide during Rim of the Pacific drills off the shore of Marine Corps Base Hawaii, Sunday, July 29, 2018. (Wyatt Olson/Stars and Stripes) 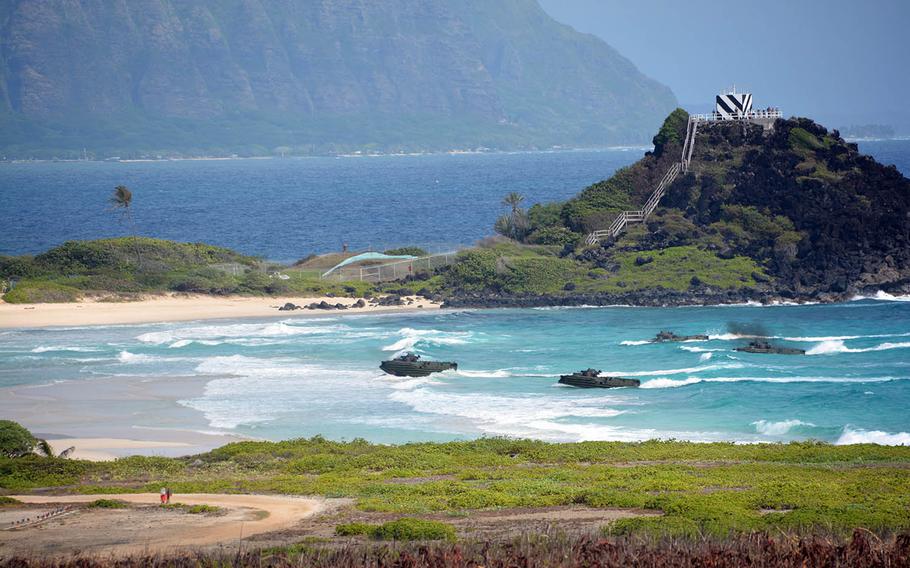 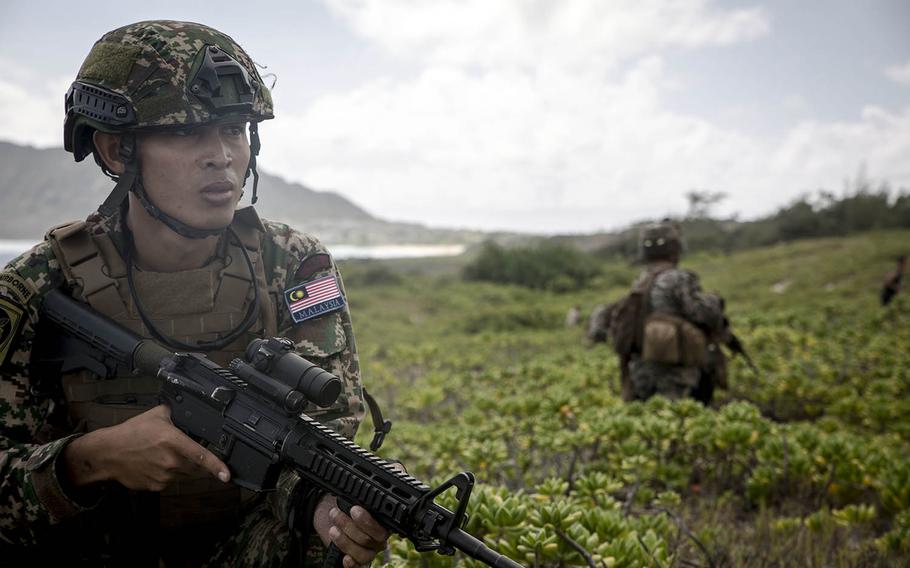 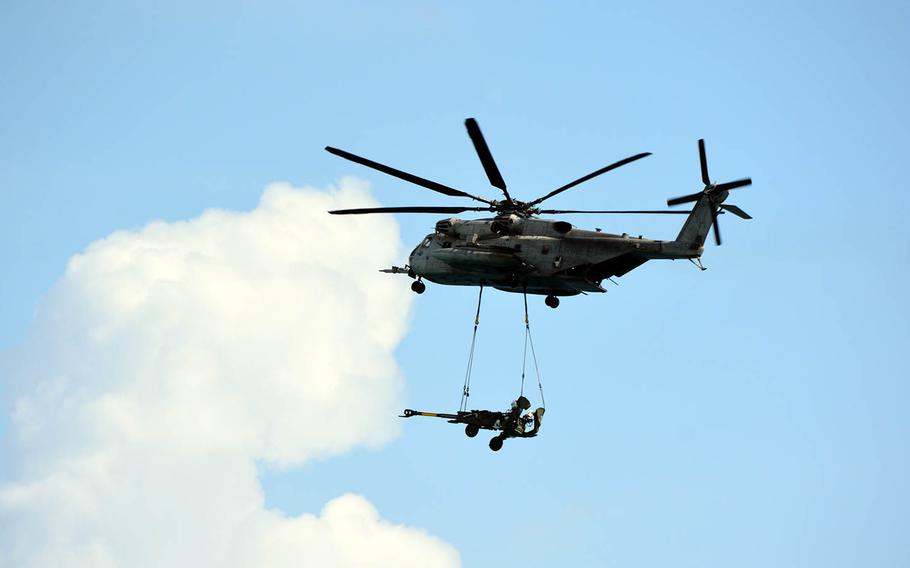 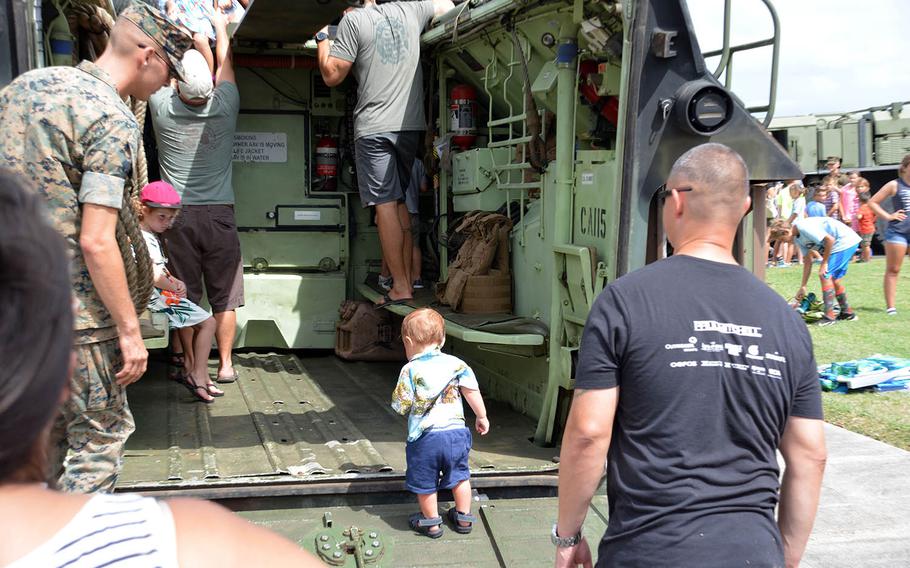 MARINE CORPS BASE HAWAII — Troops from 11 nations on Sunday conducted the final and largest of four amphibious drills here as the monthlong Rim of the Pacific exercise nears its end.

Twenty-one assault amphibious vehicles carrying 306 troops bounded across whitecaps on Oahu’s Kaneohe Bay toward a sandy beach near the iconic Pyramid Rock on the coast of Marine Corps Base Hawaii. The attack was supported by ships, helicopters, fighter jets and a drone.

The assault marks the final flight for the RQ-7B Shadow drone used at Marine Corps Air Station Kaneohe Bay since 2008.

“We’ve been fighting a notional war scenario the last five days,” said Col. Michael Styskal, commander of MAGTF-Hawaii, after the 90-minute assault. “We came on this beach to seize an airfield. This culminates the actions of the amphibious force.”

Styskal said there were “no real hiccups” in the assault, which was launched from Australia’s HMAS Adelaide and Indonesia’s KRI Makassar.

Twenty-five nations, 46 ships, five submarines, and about 200 aircraft and 25,000 personnel are participating in the biennial RIMPAC, which ends on Thursday. First held in 1971, it is the world’s largest international maritime exercise and includes major drills on disaster relief, medical assistance and warfighting.

RIMPAC 2018’s amphibious portion has not been larger than previous years, but it has been “a little bit more flexible,” Styskal said.

“Three days ago, we executed operations off of Kauai, and then within overnight we were executing operations on Bellows Beach [on Oahu],” he said. “That was within a 24-hour period. We can lift and shift our assets fairly quickly, as opposed to a strict land force where you can’t be as flexible. So this exercise really demonstrated flexibility and the inherent utility we have through a combined force.”

The Shadow drone provided reconnaissance, surveillance and target acquisition to MAGTF-Hawaii before and during the assault.

The Shadow was operated by Marine Unmanned Aerial Vehicle Squadron 3, or VMU-3, part of Marine Aircraft Group 24 based at Marine Corps Air Station Kaneohe Bay. VMU-3 has flown it more than 18,000 hours in the past 10 years.

VMU-3 will begin using the newer RQ-21A Blackjack drone later this year, joining the air station’s other two VMUs that have already made that transition. Unlike its predecessor, the Blackjack can be launched from a ship.

Another Super Stallion carried a 9,000-pound howitzer cannon to the captured beachhead. Several F/A-18 Hornet fighter jets shot through the sky above the beach in a loud show of force.

“This is my fifth RIMPAC,” said Commodore Craig Heap, who commands Australia’s RIMPAC forces and was also the air-component commander in Sunday’s assault.

He said that as the exercise has continued to increase the number of nations participating, the dimensions of RIMPAC have also expanded, particularly “a clear, classical warfighting piece at sea.”