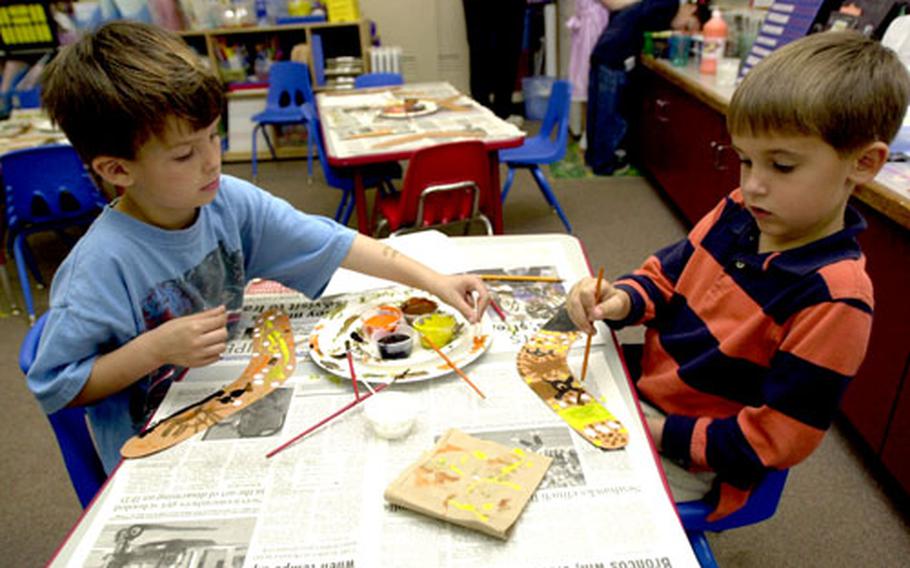 Kristina McMahon shows off a didgeridoo — an instrument of her native Australia — to students during Zukeran’s multicultural day. (Fred Zimmerman / S&S) 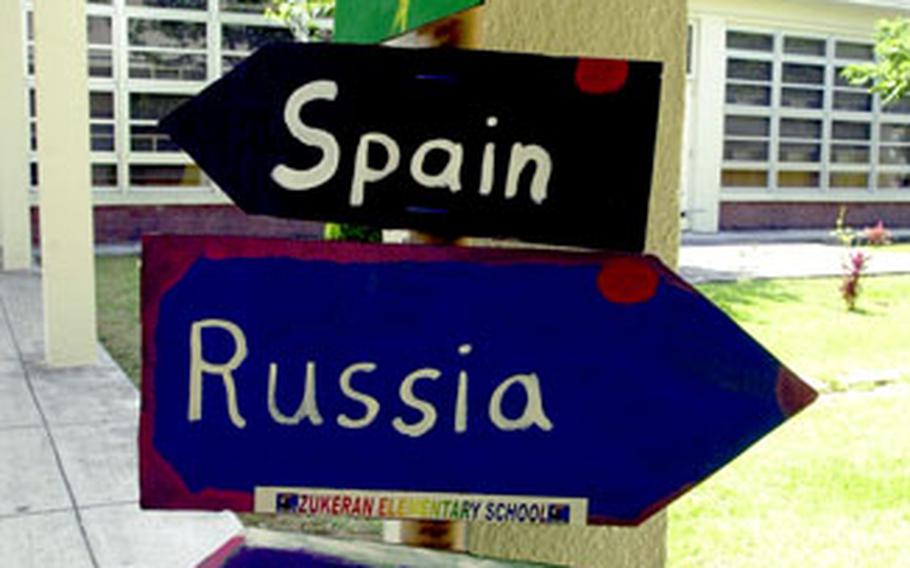 Signs point to some of the 24 cultures that were highlighted at Zukeran Elementary School on Camp Foster, Okinawa, on Friday. (Fred Zimmerman / S&S)

CAMP FOSTER, Okinawa &#8212; The 600-plus students at Zukeran Elementary School here had passports in hand and became world travelers Friday, visiting 24 countries in seven hours, all without leaving the school grounds.

No high-speed transportation was needed as students took part in Zukeran&#8217;s annual multicultural day, traveling from classroom to classroom where they learned about various cultures, according to Tricia Rawls, first-grade teacher and chairwoman of this year&#8217;s event.

Before students began their globe-trotting, the day began with a &#8220;Parade of Nations.&#8221; Each class carried its featured country&#8217;s flag and one student would give a brief presentation.

Once their journeys began, students had their passports stamped at each &#8220;country&#8221; they visited.

For many of the students, learning about different cultures isn&#8217;t just for the day. Rawls said her classroom studied Australia, the country represented in their room, for the past two weeks, learning everything from native animals and cooking to art and music.

Even though they&#8217;re currently living in Japan, first-graders Jacob Clement and J.J. Winchester said their host country was one of their favorite stops during the day.

The overall goal, Rawls said, was to &#8220;teach the kids acceptance of other people and instill in them pride of their heritage.&#8221;