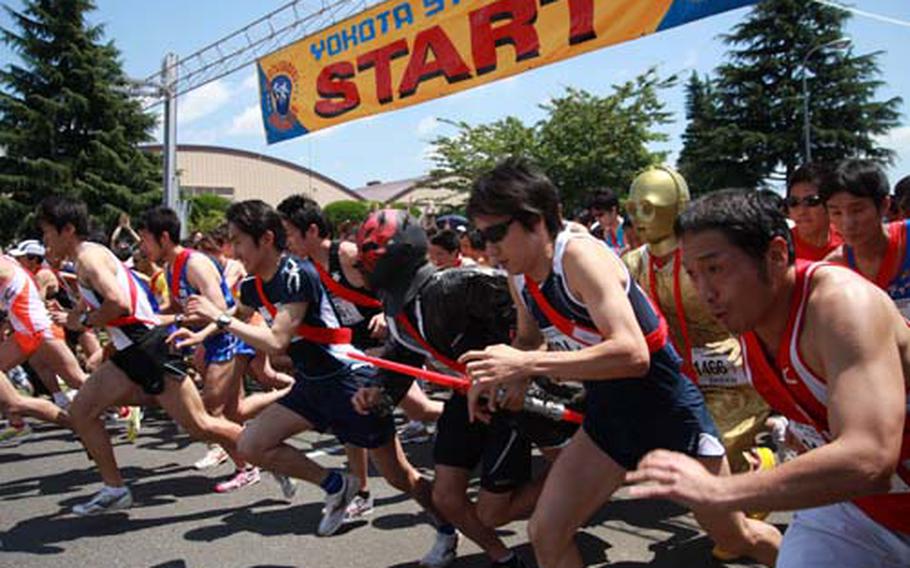 Runners bolt from the start as they began the 5-kilometer stretch of their four-person relay at Yokota Air Base’s Ekiden relay race on Sunday. (Grant Okubo / S&S)

Runners bolt from the start as they began the 5-kilometer stretch of their four-person relay at Yokota Air Base’s Ekiden relay race on Sunday. (Grant Okubo / S&S) 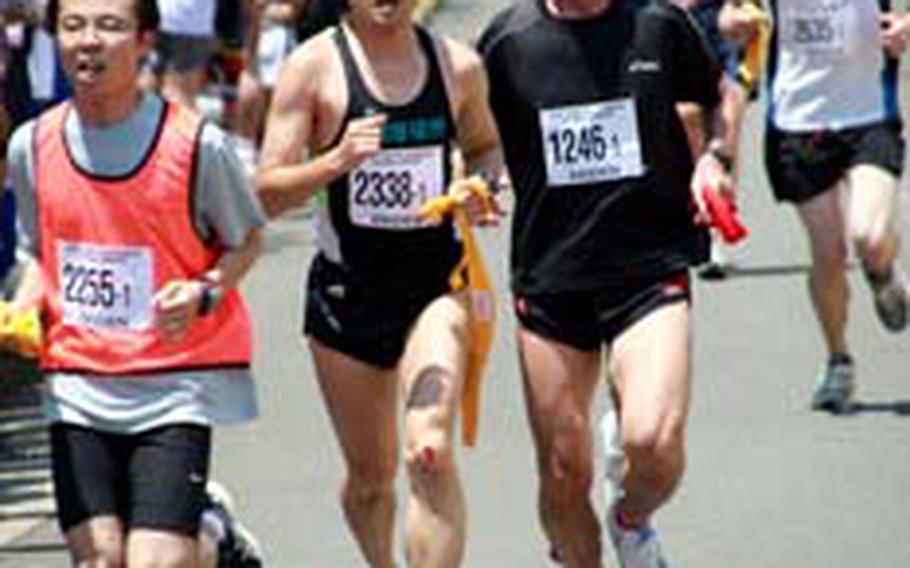 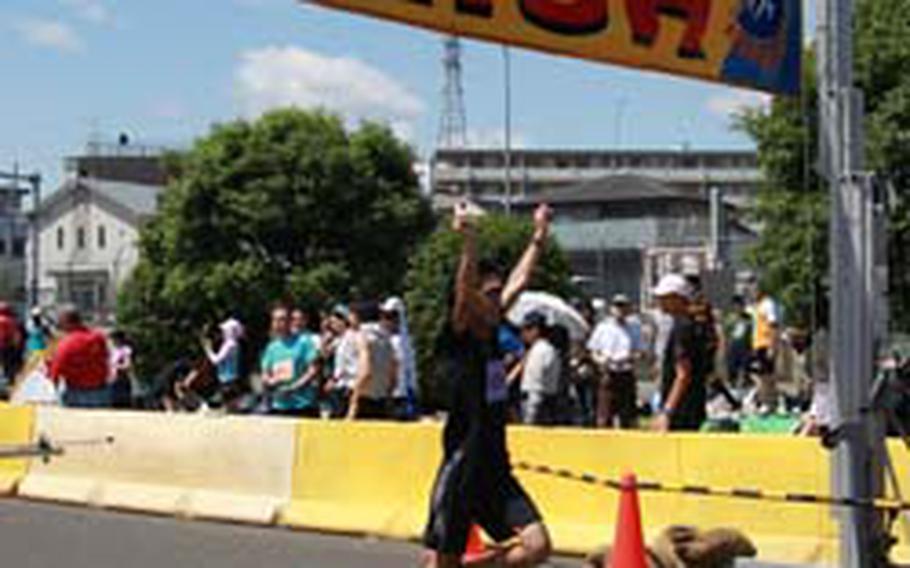 A participant from the Japanese community rejoices during his finish of the five kilometer foot race. (Grant Okubo / S&S)

YOKOTA AIR BASE, JAPAN &#8212; C-130s weren&#8217;t the only thing taking off from Yokota on Sunday as a long line of laced-up sneakers launched from the starting line for the annual Ekiden race.

More than 7,000 runners competed, an all-time high in the race&#8217;s 25-year history. The Ekiden is broken up into three events. The main event features four-person teams competing in a 20 kilometer race, with each person running a 5-kilometer leg. There was also a 5-kilometer and a 2-kilometer race held Sunday for individuals.

The majority of Sunday&#8217;s participants were Japanese and joining them were runners representing 14 other countries, said Jeffrey Dickerhoof, president of Yokota Striders Running Club and the event&#8217;s host.

Additionally, servicemembers from near and far came to run the Ekiden.

Robert White, an airman with the 374th Operations Group, and his 8-year-old son, Jack, made this a family affair as they finished the kids&#8217; 2-kilometer race together.

Jack said he entered the race to win. And although he didn&#8217;t place first, he said he had a good time running the race with his dad. His dad said preparing for and running in the race allowed his family to band together.

"Everyone ran a good race," said Tedd Allen, a member of Naval Air Facility Atsugi&#8217;s HSL-51 and a one of the runners for "Team Musashi." For Allen, the sportsmanship displayed by all the runners was the highlight of the event, he said.

Clark Hickingbottom, a member of Team Musashi, tipped his hat to the many Japanese participating in costume.

"How do you even run in a C-3PO or Darth Vader costume in this heat?" Hickingbottom asked.