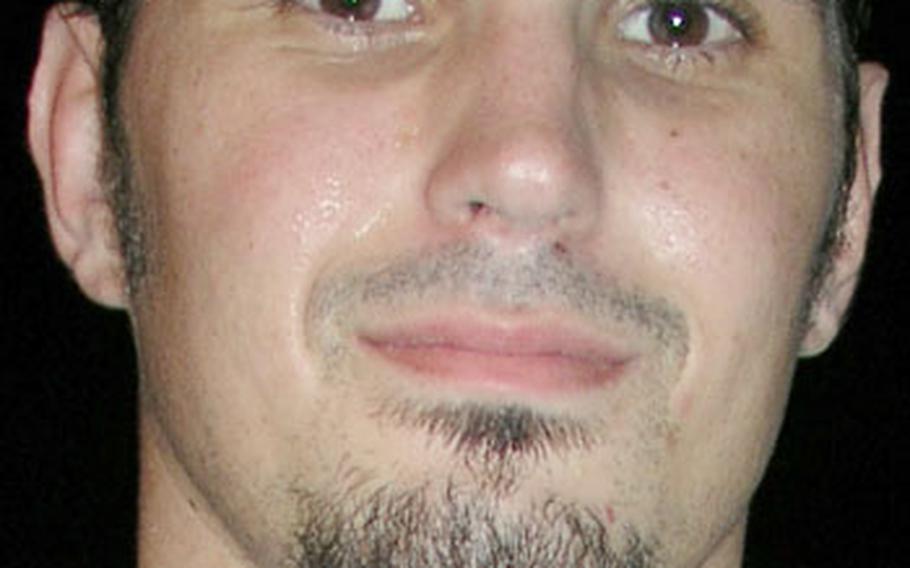 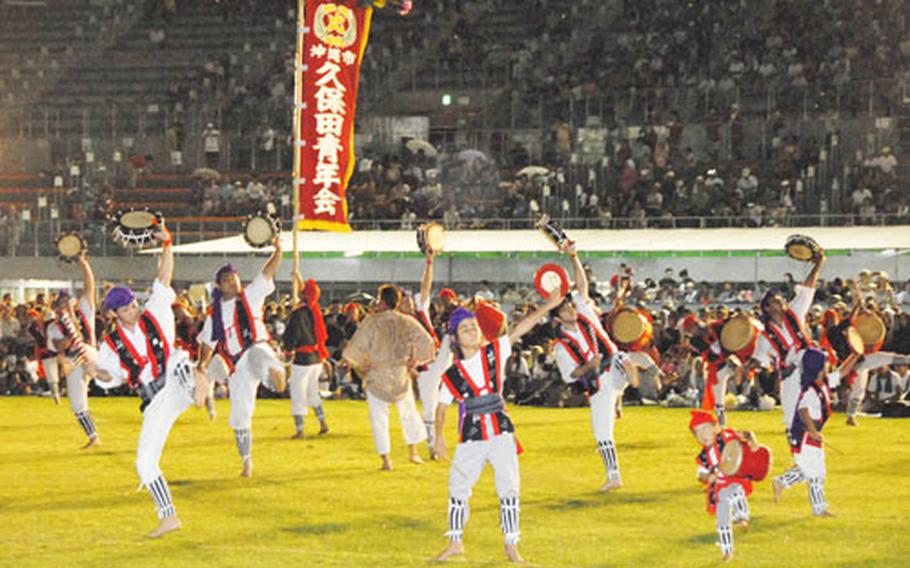 Members of the Kubota Young Men’s Association perform at the Eisa Festival 2007. (Photo courtesy of Photo 83) 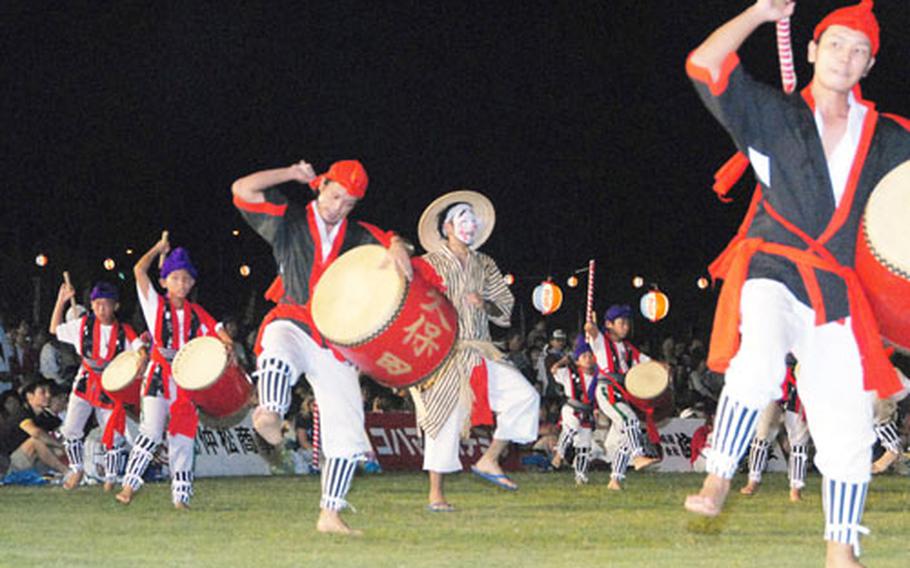 That&#8217;s why the Seattle native and former Marine was among about 30 Okinawans putting on the finishing touches to their Eisa dance moves Tuesday night in preparation for this weekend&#8217;s Okinawa City Eisa Festival.

The group, Kubota Youth Association, is one of more than 30 troupes to participate in the traditional festival that bids farewell to summer.

Siegrist, who left the Marine Corps in 2006, lives on Okinawa with his Japanese wife, Ayumi, and works as a waiter at the Macaroni Grill restaurant on Camp Foster.

Performing Eisa &#8212; Okinawa&#8217;s traditional bon-dance where 20 to 30 people dance in a circle while singing, chanting and drumming &#8212; was his dream come true, he said after two hours of practice at the playground of a local elementary school.

"Eisa and Japanese culture are part of the reasons I decided to stay here," he said.

A co-worker introduced him to the group, which Siegrist said "accepted me with open arms."

Many Americans join other international groups, but the Kubota group is strictly local, said Asato, who added that he was impressed by Siegrist&#8217;s humble and polite attitude.

"I could instantly tell that he would perfectly get along well with our team members," Asato said.

His intuition has proven correct.

"After having him with us, the entire atmosphere of our team became much brighter," said Nozomi Uezu, 22. "Now, it&#8217;s much more fun."

Yasuyuki Arasaki, who plays a three-stringed banjo-like instrument, introduced Siegrist to the group and was pleased to see his American friend blend in.

"This is the place where we can gather and deepen our bond with each other," he said. "Robert became part of us."

Siegrist showed off traditional Okinawan rubber slippers the team gave him for his birthday. "I now feel like I&#8217;m part of Okinawa," he said.