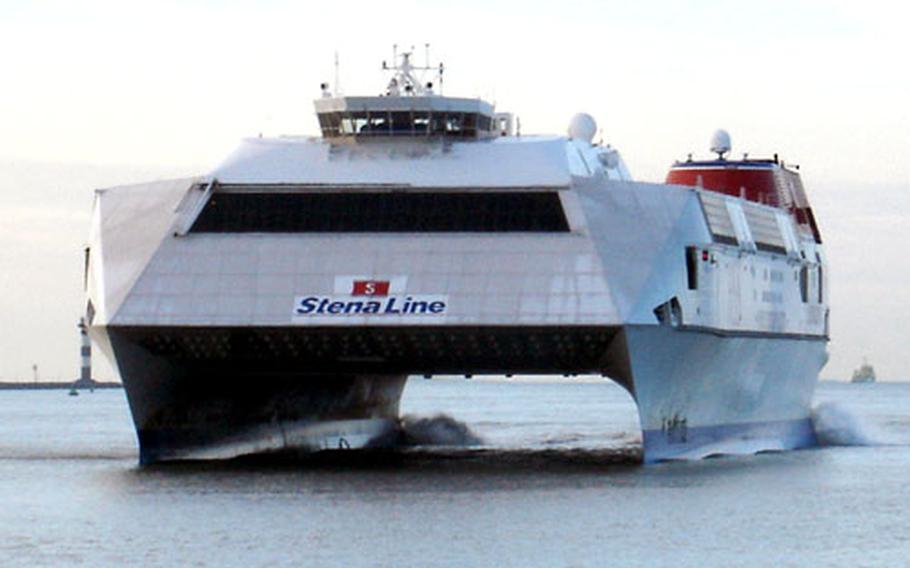 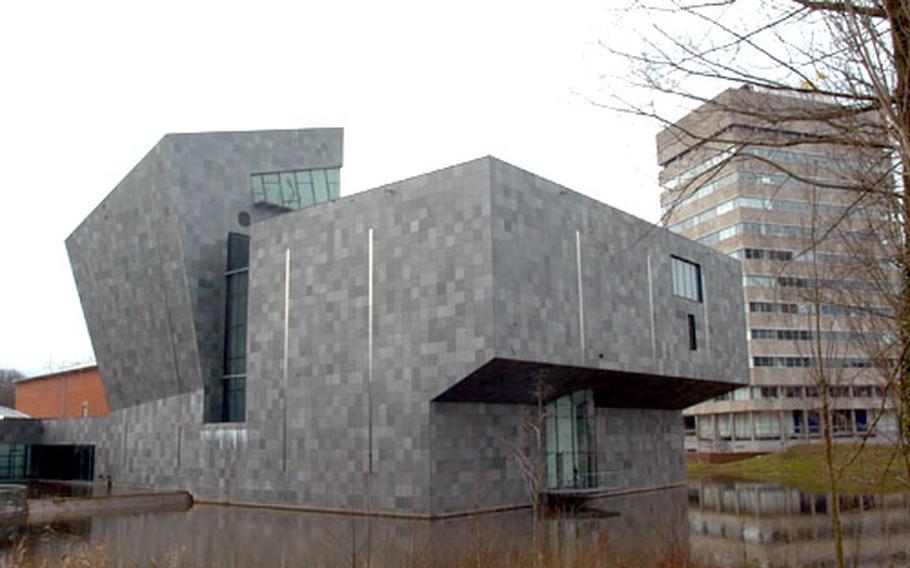 The Van Abbe Museum in downtown Eindhoven is one of many attractions in this Dutch city. (Bryan Mitchell / S&S) 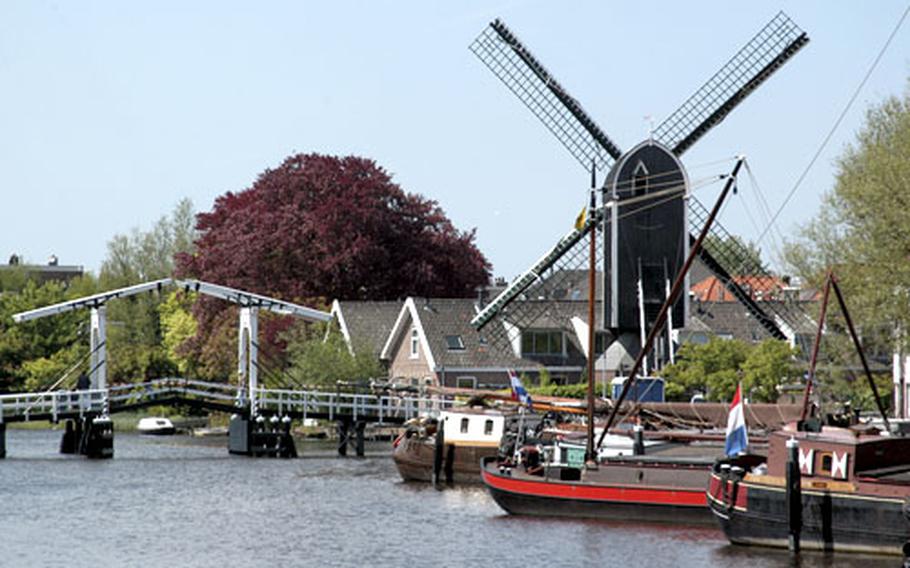 Typical Holland: a traditional windmill set along the shore of a canal. (Photo courtesy of Holland Tourism Office)

EINDHOVEN, NETHERLANDS &mdash; What do you do when your train has literally left the station? The British Rail Service steps in, orders a cab and an hour-plus guided tour across East Anglia follows.

It happened to this family on a recent international journey that harkened to a slower, more traditional time yet still was endowed with comfort, style and a safe bit of gambling.

The trip is called the DutchFlyer, or GoLondon, if you prefer. Under either name, it&rsquo;s an all-day train-and-ferry ride that connects two of Europe&rsquo;s great cities, London and Amsterdam. And if you plan ahead by buying tickets seven days in advance, the ticket can cost as little as 50 pounds ($85). Otherwise it&rsquo;s 85 pounds.

Train stations speak to British cities much like baseball ballparks do to American cities. All are constructed with brick and steel, yet each has its own design to suit the town&rsquo;s tastes.

No surprise, then, that Cambridge&rsquo;s station where our trip began was sophisticated even among the whistle and rumbling of locomotives. It was chic but boxy and ultimately exceptionally functional.

There are only six platforms, but a vast lobby, busy ticket office and bustling foot traffic give the air of underappreciated importance.

It was about 7 a.m. when we departed for what would become a 12-hour trip to Eindhoven, the largest town in southern Holland.

The first leg is a 1&frac12;-hour train ride through southern East Anglia with brief stops at about a dozen towns. Miles of open lush green countryside, dotted with tree patches, stone fences and pig farms, whirl by. There also is the occasional stop in places such as Bury St. Edmunds and Stowmarket.

The layover at Ipswich is about 30 minutes, time enough to use the facilities, change a baby and grab a bite.

The station is all red brick and appears to be almost carved into the side of a mountain. Little did I know a generous captain and a long line at customs would conspire to make this cavernous station a wayward layover for our family.

A quick 30-minute cruise to Harwich delivered us to one of the busiest tourism ports in the United Kingdom. Between Harwich and its neighbor across the bay in Felixstowe, there are ferries that carry thousands daily to Holland, Sweden, Germany and Norway.

The comprehensive DutchFlyer ticket secures a place on the StenaLine Ferry, which boasts itself as the world&rsquo;s largest and fastest passenger ferry. Several bars and restaurants, two movie theaters, a children&rsquo;s play area and a casino cover the ship&rsquo;s main passenger floor.

The boat can handle about 1,500 people and cruise at 50 mph. Best yet, you check your bags at the gate and travel with only a carry-on bag for the four-hour journey across the North Sea.

Settle in for a beer and sandwich, and watch the sea splash by. The ferry ride affords one of those travel moments when you are at once sitting still but moving, experiencing the culture without much work.

The rush of people grabbing their goods at the first sight of land is the surest sign the arrival is close. Hook van Holland welcomes visitors with a wide, impressive port that allows the 417-foot Stena Discovery to turn around within its protected breakwalls and moor facing forward.

Snag the bags via an airport-style turnstile and another quick wait for a train to Rotterdam Central Station, where trains connect to all points in Holland. Rotterdam has a station built partly underground with arched ceilings reminiscent of some New York City subway stops.

The station is trapped under the shadows of sleek, modern skyscrapers: testament to the country&rsquo;s robust commercial strength. A quick stroll through the downtown features high-price jewelers, casinos and international mortgage financing headquarters.

A little more than an hour later in Eindhoven, a glimpse into the less publicized Holland exists. Home to Philips Electronics, the European equivalent to General Electric, the town bustles with productivity.

The train station in Eindhoven is set at the corner of a smart, well-designed downtown of several acres. More streets are reserved for pedestrians than for cars in the mix of smoothie shops, fashion fiestas and the occasional kebab shop.

The city spreads into a web of well-designed although confusingly similar intersections, neighborhoods, shopping plazas and parks. And bike paths everywhere. That&rsquo;s where you can find the quiet side of the buzzing country: cruising along a quiet bike path through the countryside laced by lagoons and canals.

Word to the wise

To close this story without detailing the pitfalls involved with train and ferry travel would be unfair to the masses.

And so it was that after the captain of our return ferry shoved off 30 minutes late to allow for late-arriving foot traffic followed by customs officials at Harwich showing what appeared to be a complete distaste for expediency, we failed to catch the final train back to Cambridge.

But, after a polite plea to British Rail Services officials, we arrived safely home via a cab ride across the darkened countryside.

For more information ...For easy info on the rail and sail program: www.seat61.com

For ideas on what to see and do in Holland: www.visitholland.com

For information on trains in England: www.nationalrail.co.uk