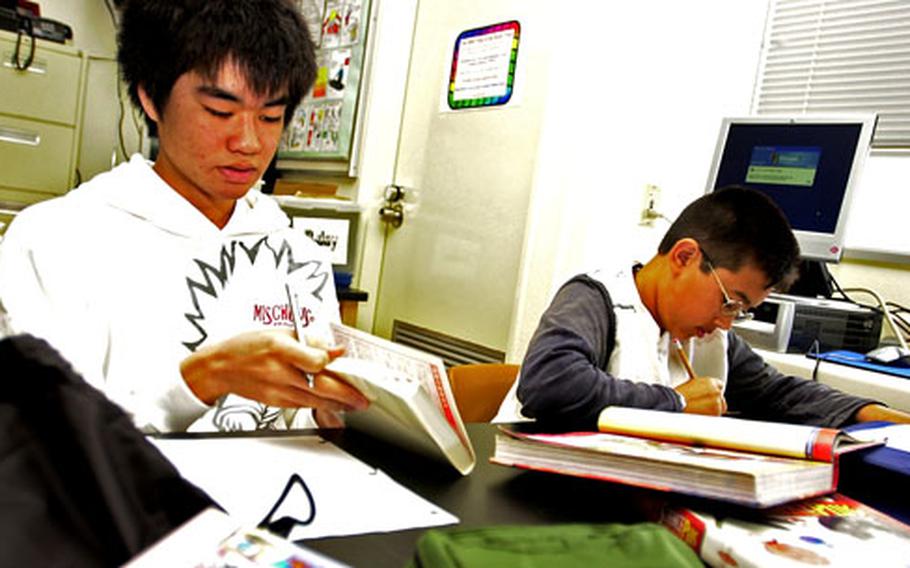 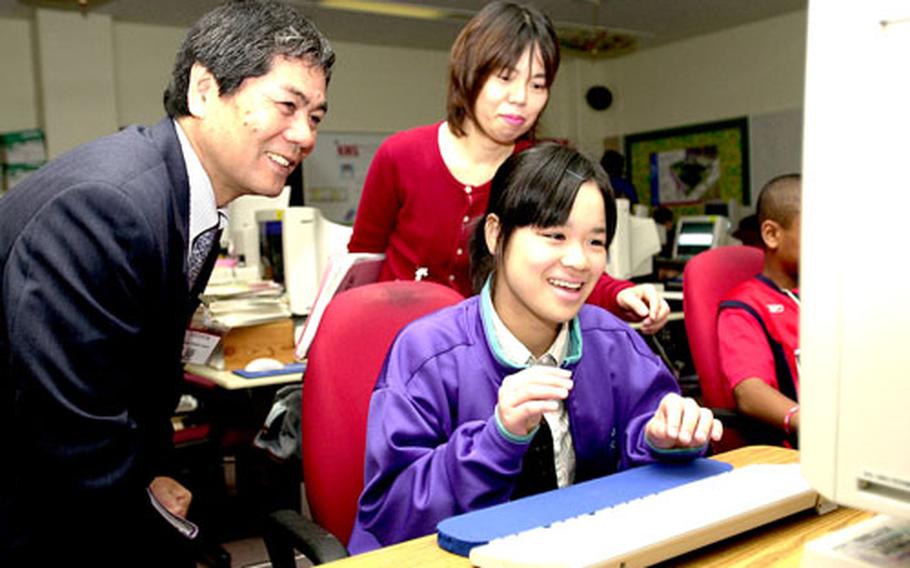 KADENA AIR BASE, Okinawa &#8212; While spring break usually means hanging out with friends or going to parks or beaches, this year it meant more school for 20 Okinawan eighth-graders.

The students from Yamauchi Junior High School in Okinawa City volunteered to spend their spring break at Kadena Middle School, where they mingled with American eighth-graders March 28 to April 1. The exchange was designed to allow the students to practice their English and learn about American culture.

Yamauchi principal Seitoku Kawasaki came up with the idea last summer when his school hosted American twins for two weeks. He said seeing the students nervous and wanting to go home in the morning but walking hand-in-hand with his students by afternoon gave him the idea.

When the base school accepted the plan, Kawasaki said, his students&#8217; response was overwhelming.

Each Okinawan student was assigned a Kadena student sponsor with whom he or she spent the week, according to Mike McClain, Kadena Middle School assistant principal.

One of the biggest problems for the exchange students, McClain said, was that the &#8220;English was a little too fast.&#8221;

While spending spring break at school isn&#8217;t some students&#8217; idea of fun, the Yamauchi students said they were having a good time.

&#8220;Every day is fun, and I made many friends,&#8221; said Yurika Shinzato during a science class where she was sitting by her new American friend Charlene Luna. &#8220;At first I was nervous. Everything is in English and it is hard for me to catch up with the class, but I am getting used to it day by day.&#8221;

Shinzato said other interesting things at the school were lunch, where students get to choose what they eat; and math, where American students use methods that are different from what she&#8217;s been taught. But the answers come out the same, she said.

&#8220;I think American students are more mature than Japanese students,&#8221; said Kazushi Haebaru while sitting in a Japanese language class. &#8220;I like the American system very much because you can choose a class you want to take.

Assistant Principal McClain said Kawasaki already has extended an invitation for American students to come to Yamauchi for a week in July.