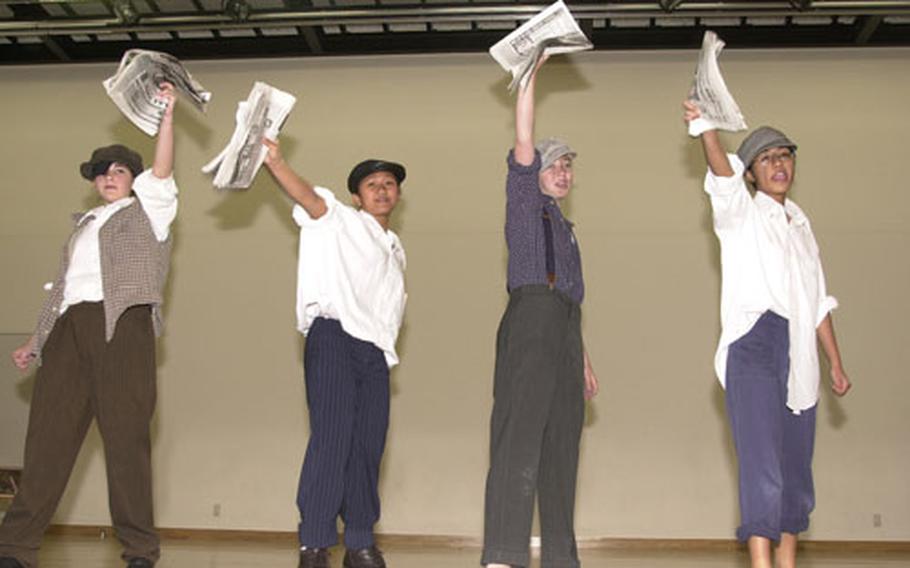 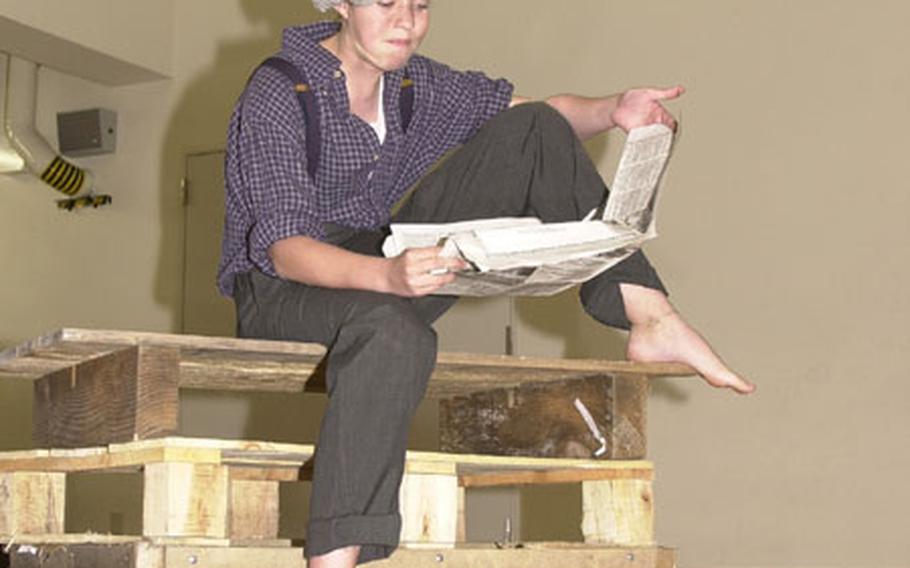 "Lefty," portrayed by Yokosuka Middle School 8th Grader Meagan Everston, 13, introduces the events that led up to the 1899 Newsboy Strike. Everston, with three other YMS 8th graders, performed April 30 as part of the National History Day event at the school. (Jim O'Donnell / S&S) 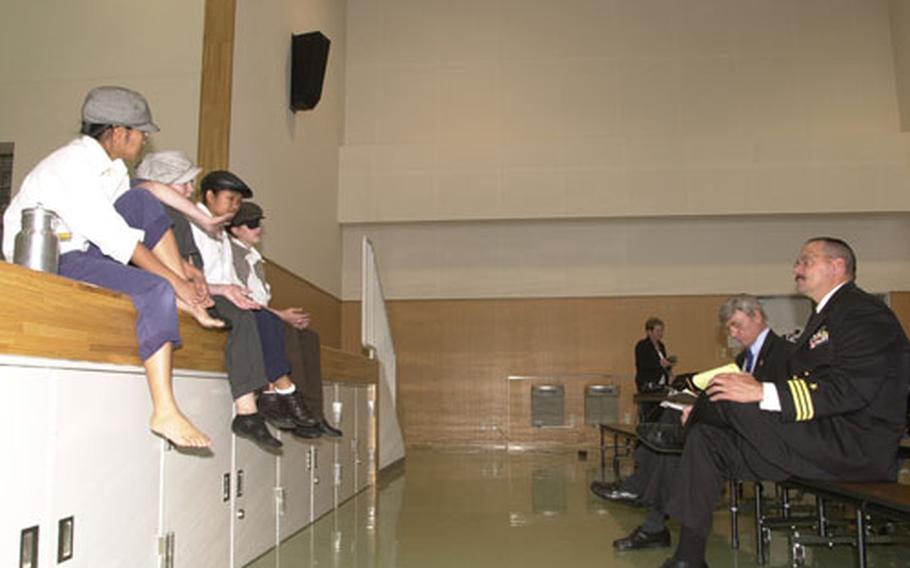 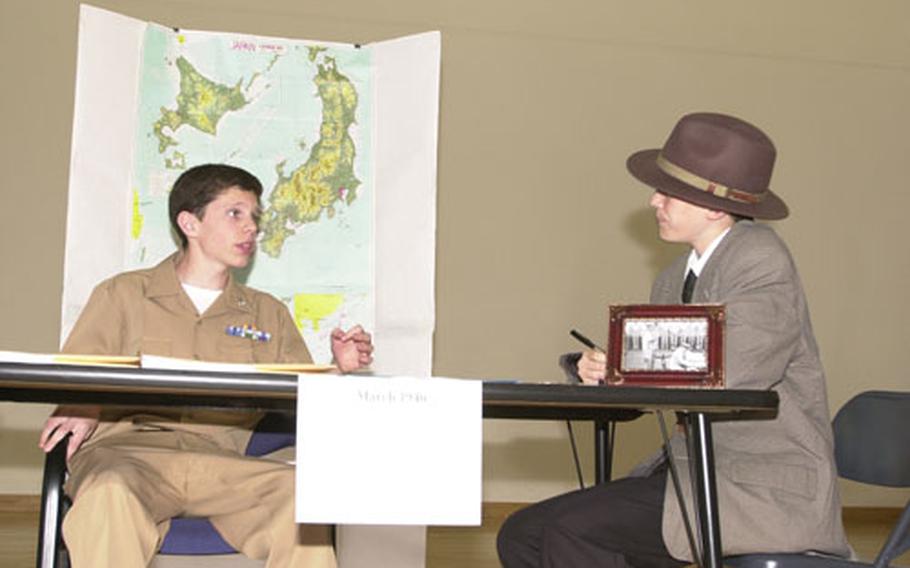 &#8220;There is probably not a better place in the world to make history come alive than here in Asia,&#8221; said Kay Taylor, Yokosuka Middle School&#8217;s history-day coordinator and an 8th grade U.S. history teacher at the school.

She said the event was far more rigorous than a regular history project.

The students &#8220;choose their topics after looking at things in world history that tie into this year&#8217;s theme&#8221; of exploration, exchange and encounter, said Taylor.

Having the students pick their own topics forced them to think critically about their decisions, she said. &#8220;How does their topic tie to U.S. society? World society? How does it impact on the world and why is it important?

&#8220;The hope is when it&#8217;s all over with, the kids will have a better understanding of their connections to their world and simply have a greater fondness for history all around them,&#8221; said Taylor.

&#8220;The students have obviously put a lot of work into their performances,&#8221; said Cmdr. Richard Hendren, Yokosuka Naval Base&#8217;s chief of staff. He was one of four judges grading the displays and performances. History day, he said, &#8220;is an outstanding idea.

&#8220;Most of America is pretty ignorant of history, and the lessons it teaches us. If we can get our young people to have a love for history early in life, maybe we won&#8217;t be quite so prone to repeat our errors as we move through life.&#8221;