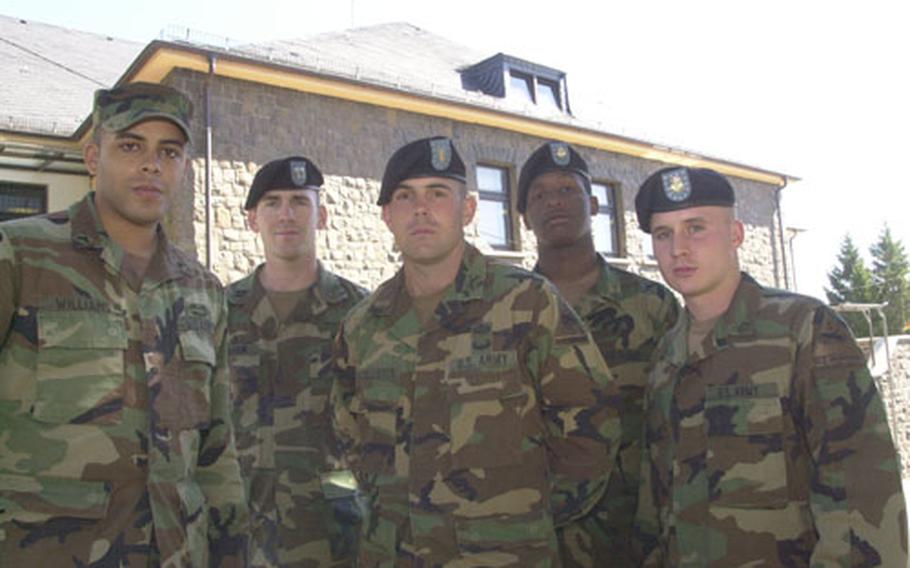 BAUMHOLDER, Germany &#8212; Some people like to see Europe&#8217;s destination cities from those big tour buses offering commentary in a dozen languages. Others prefer a leisurely walk.

Eight 1st Armored Division soldiers from Baumholder plan to see precisely 26.2 miles of Berlin on foot, on the run. Capt. Bradley Graham is taking the group to compete in &#8220;The real Berlin Marathon&#8221; on Sept. 26.

At mid-week, marathon organizers cut off entries at 35,000. According to press reports, only three men have a chance of winning &#8212; world-class marathoners Felix Limo, Paul Tergat and Titus Munji, all from Kenya.

The Baumholder group is going for the fun of it and the sense of accomplishment, not to mention seeing &#8220;the postcard sites along the way&#8221; from the race&#8217;s start and finish point, the Brandenburg Gate, Graham said.

Since late June, the eight runners have put in a combined total of more than 1,900 miles, with each soldier or officer running an average of about 20 miles per week including regular PT, trying to get into marathon shape. The group also runs each Saturday morning, opting for the flat streets near Graham&#8217;s home in nearby Landstuhl rather than around hilly H.D. Smith Barracks in Baumholder.

The soldiers and officers are adjusting distances during their 45 days of training, peaking out at 18 miles on Aug. 28, tapering back to 12 miles this weekend, then fewer in the final weeks before the race so as not to burn out, said Graham and MacAllister.

None of the Baumholder group has run a marathon. However, Graham and MacAllister said Sgt. Gerry Rojas has done an Army 10-Kilometer run. Pfc. Joseph Walker also ran an 8-mile preliminary to the New York City Marathon on Sept. 25, 2002.

Just for the record, Paul Tergat holds the world&#8217;s record marathon time of 2:04:55, a record that Graham and company say is not likely to come back to Baumholder.