Egged on by chocolate, kids in Europe go on Easter hunt 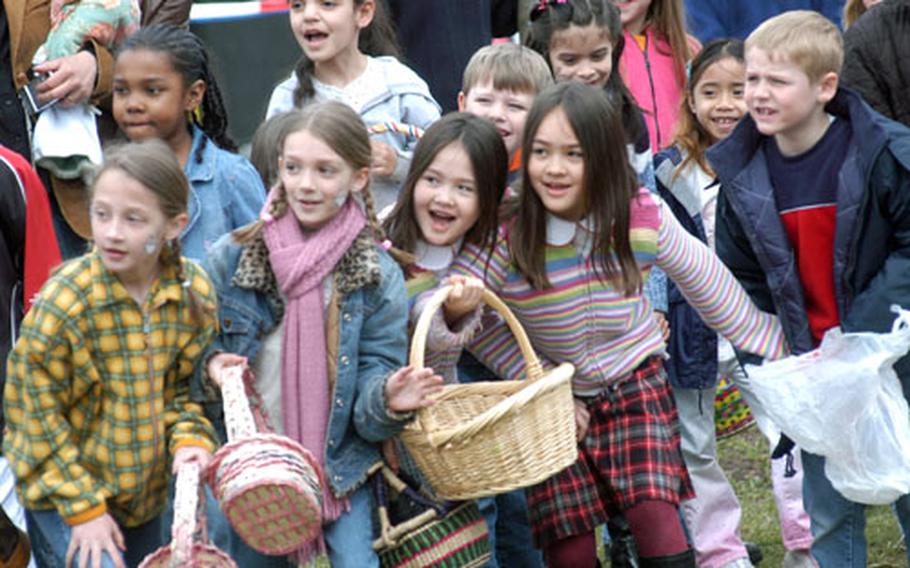 Girls and boys ranging in age from 6 to 8 years old get ready Saturday to charge a pile of hay concealing gifts from the Easter bunny, by way of his American associates stationed in Hanau, Germany. (Kevin Dougherty / S&S)

Girls and boys ranging in age from 6 to 8 years old get ready Saturday to charge a pile of hay concealing gifts from the Easter bunny, by way of his American associates stationed in Hanau, Germany. (Kevin Dougherty / S&S) 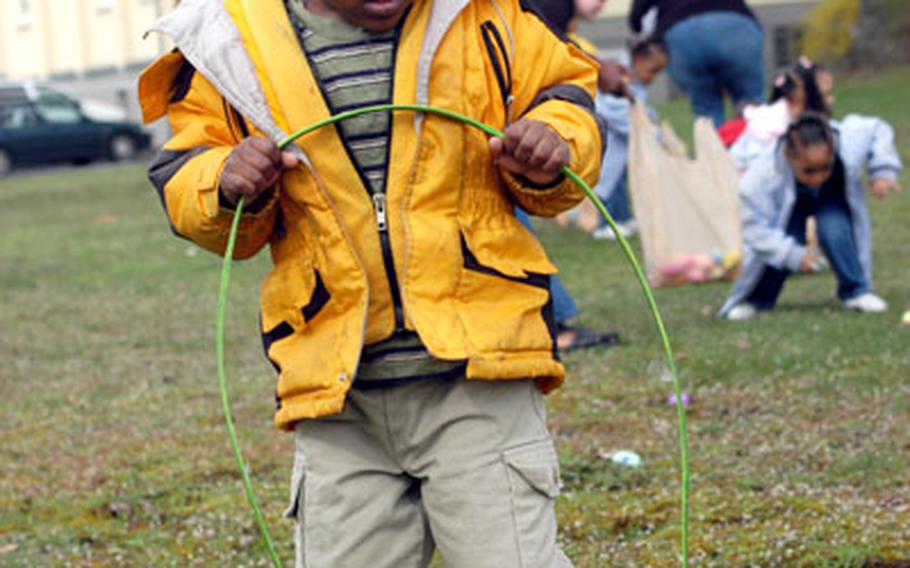 The fact that his Easter basket is almost as big as he is matters not to 2-year-old Anthony Tossie of Babenhausen, Germany. (Kevin Dougherty / S&S) 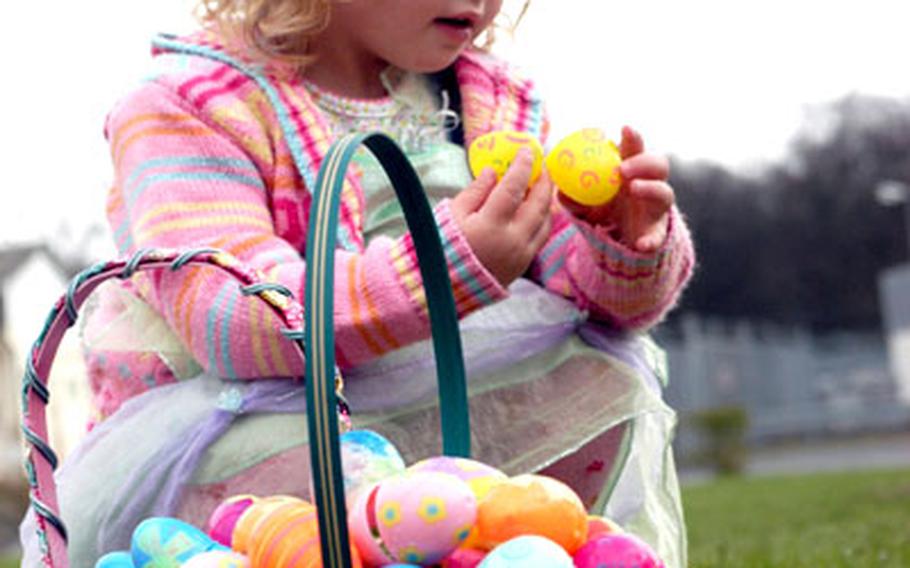 Easter egg hunts were held Saturday at many U.S. military installations in Europe. In Hanau, Germany, children had their pick of at least two, and some opted for both. Two-year-old Hannah Bub attended the earlier hunt held near the chapel on Pioneer Casern. Children were awarded special prizes if one or more of the eggs they picked contained a gold (chocolate) coin. Hannah didn&#39;t have luck with this yellow egg, but she did later. (Kevin Dougherty / S&S) 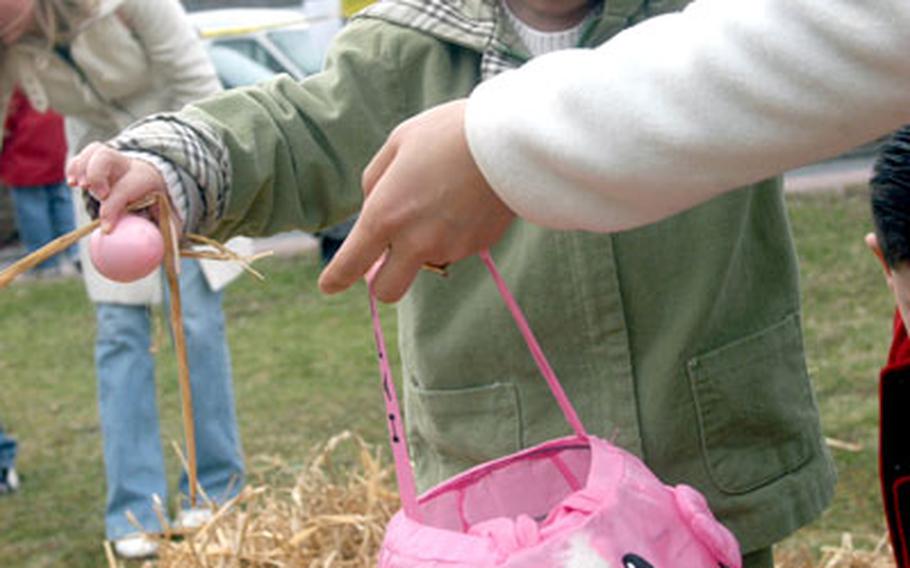 She and thousands of other children across the European theater spent the better part of Saturday in search of sweets, courtesy of the Easter bunny&#8217;s army of associates.

From Sigonella, Sicily, to Butzbach, Germany, American kids fanned out across ballfields and parks to grab all sorts of chocolaty goodies.

In Hanau, Germany, Moraima and her friends were treated to at least two outdoor Easter parties. The chaplains on Pioneer Casern sponsored one egg-hunting party in the morning while the Morale, Welfare and Recreation folks on Wolfgang Casern led another in the afternoon.

One of the cutest egg specialists was 2-year-old Hannah Bub, who attended the morning affair with her brothers, Alex, 9, and Eric, 7. Hannah wore a colorful dress that she last donned for Halloween.

Some of the kids seemed more than up for the task. Two-year-old Anthony Tossie, for example, lugged around an oversized Easter basket, perhaps on the premise that the deeper the basket the better.

Other egg enthusiasts didn&#8217;t seem to know the drill quite as well.

Three thousand plastic eggs filled with sweets will do that.