Education is life for Isles District teacher of the year 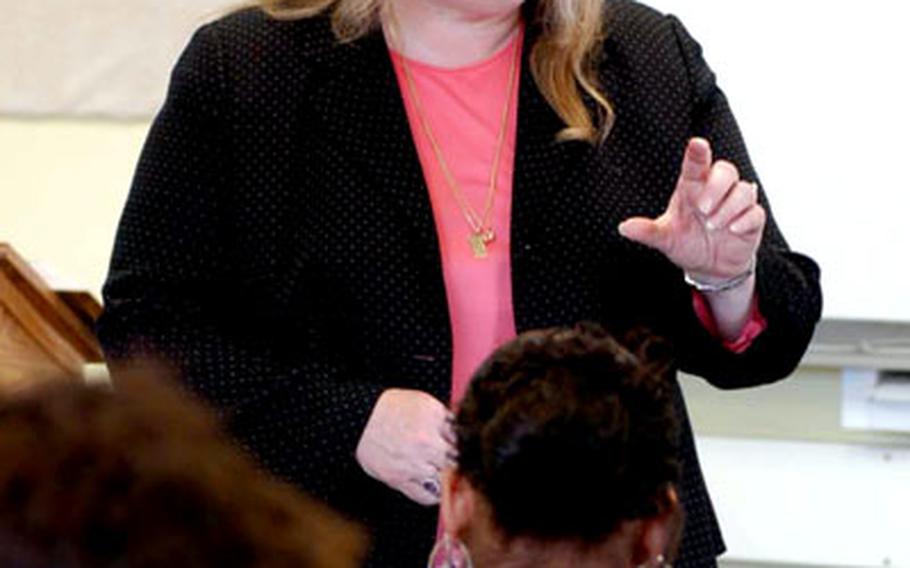 RAF LAKENHEATH, England &#8212; For Barbara Lee, the Department of Defense Dependents Schools teacher of the year in the Isles District, there could be a downside to moving on in the annual top-teachers contest.

The prize for winning at the highest DODDS levels is a semester sabbatical, which might force her to spend time away from her students if she keeps winning, she said. And that would be hard on her, she said.

Lee, a math teacher at Lakenheath High School, is all but inseparable from two things, she said, her kids and her beloved dog, Misty.

A lengthy break from either might be heartbreaking, she said.

On June 1, Lee was named teacher of the year for 2007 by regional superintendent Linda Curtis for her work at Lakenheath, where she has taught math for 13 years.

A veteran teacher with three decades of experience to her credit, she has also previously won a Presidential Award for Excellence in Mathematics and Science Teaching. She started her career in the same school she attended as a youngster in Kansas City, then moved to the now-closed RAF Woodbridge in England before coming to Lakenheath in 1993.

Since then, she&#8217;s taught a variety of math courses, ranging from pre-algebra to advanced placement calculus, and is also the president of the local chapter of the teachers&#8217; union, she said.

Lakenheath principal James McAdams said Lee is known for her good rapport with both kids and fellow staff members, and for turning out highly qualified math students.

&#8220;She gives up her time before school, during lunch, and after school to help tutor students. She does small things that I think are very important for morale purposes. If the students do good in class she gives them a pancake breakfast.