Ederle theater in Vicenza getting facelift 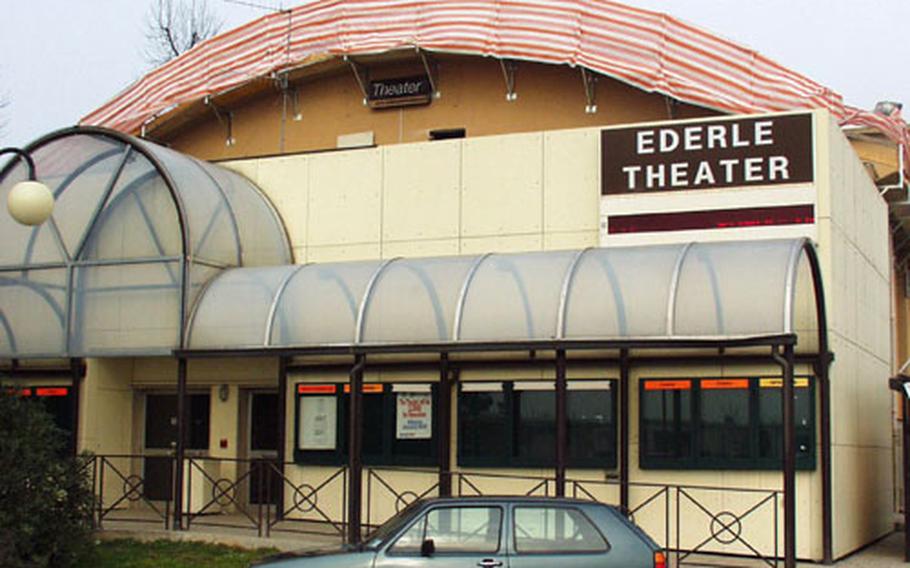 Soldiers and community members stationed at Caserma Ederle in Vicenza, Italy, will spend about half of 2003 without a base theater. (Kent Harris / S&S)

VICENZA, Italy &#8212; Friday and Saturday nights are not quite the same at Caserma Ederle these days.

The base movie theater is closed for renovations until early summer, forcing community members to look elsewhere for their entertainment.

Unlike in Germany, where there are a handful of bases nearby for most people to travel to see American films in English, Vicenza is pretty isolated. The nearest American facility with a theater is Aviano Air Base, about a 90-minute drive away, through sometimes miserable traffic snarls around Venice. The nearest Army base is Camp Darby, about twice that distance.

The trip to Aviano is kind of far, he said.

The city has a few theaters that offer limited showings of American movies in the original language &#8212; though the films are often at least a few months old. And the they&#8217;re generally shown only on a single weeknight.

Others report forming groups to swap DVDs. Several have gone to Aviano to watch the premieres of big movies, such as &#8220;The Two Towers,&#8221; the second part of &#8220;The Lord of the Rings.&#8221; The base newspaper, the Outlook, replaced the movie listings for Vicenza with those for Aviano during the period the theater is closed.

Cindy Brown, the manager of the base&#8217;s shoppette, said rentals have increased since the theater closed in January.

&#8220;We&#8217;re seeing a lot more of the new releases going out,&#8221; she said. Of course, many times those new releases are several months behind the new films that are shown at the theater.

Brown said the store knew the theater was going to be closed for several months, and compensated by getting more copies of titles it thought might be popular.

Phil Holifield, the general manager for Army and Air Force Exchange Service outlets in Italy, said the movie theater was closed because it simply needs repairs. It is scheduled to reopen in early June, although it could be later.

When it reopens, it will feature new seating, a revamped lobby area and several other features that bring it more in line with theaters in the States.

Even better news for those stationed at Vicenza? Unlike theaters in the States that undergo renovations, AAFES doesn&#8217;t expect to charge higher admission prices when the stars light up the big screen again.