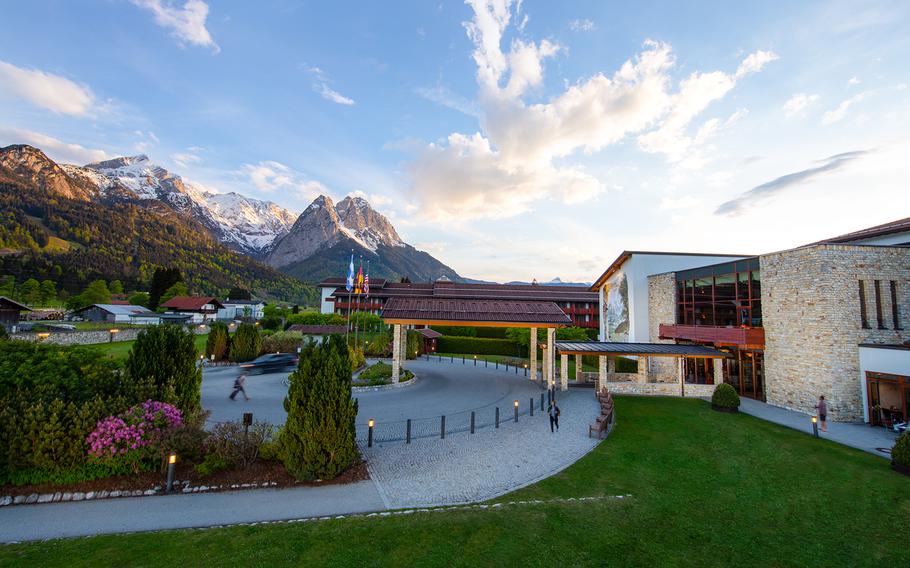 The Edelweiss Lodge and Resort in Garmisch, Germany. (U.S. Army)

GRAFENWOEHR, Germany — Beginning Monday, the Edelweiss Lodge and Resort will again begin allowing Defense Department ID cardholders from outside Europe to use its facilities to explore the Alps.

The Armed Forces Recreation Center in Garmisch, Germany, located near the southern border with Austria, recently received approval from U.S. Army Europe and Germany to open up eligibility to servicemembers, DOD civilians, retirees and family members living outside Europe on a space-available basis.

Eligibility restrictions that limited visitors from outside Europe had been in place at the resort since June 2015.

“We’re elated to once again be able to provide memorable vacation experiences to all service members and retirees, not just those living in Europe,” said Brian Borda, Edelweiss general manager.

The change was brought on by an outcry of servicemembers and veterans stateside who wanted to stay at the lodge, Edelweiss spokesman Brad Hays said.

“I hope anybody stationed in Europe, the U.S., or anywhere will be able to come here and have the vacation of a lifetime,” Hays said.

Guests from outside Europe are encouraged to make reservations well in advance to ensure availability, the Army said in a statement.

Edelweiss is one of four armed forces resorts around the world. The others are the Hale Koa Hotel in Waikiki, Shades of Green inside the Walt Disney World Resort and the Dragon Hill Lodge in Seoul, South Korea.