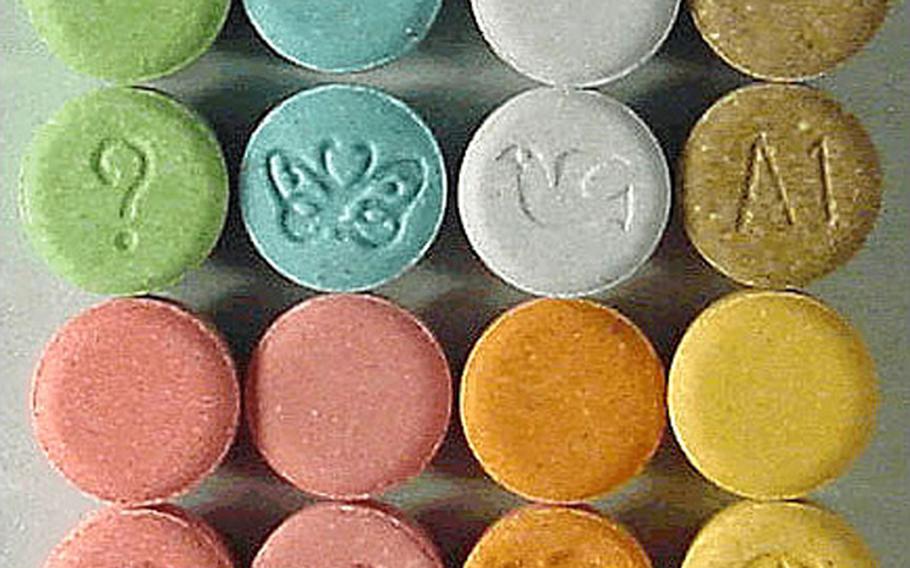 A new study suggests that MDMA - the pure form of the drug ecstasy - may be effective in easing the most treatment-resistant post-traumatic stress, when coupled with psychotherapy.

The long-term follow-up study by the Multidisciplinary Association for Psychedelic Studies - published Tuesday in the Journal of Psychopharmacology - appears to add credence to research published by the California non-profit organization two years ago that found 83 percent of participants receiving MDMA-assisted psychotherapy no longer qualified for a PTSD diagnosis two months after treatment.

Participants of the initial study, which included one military veteran and multiple victims of sexual assault, were then monitored for approximately 3 1/2 years, an association statement said.

"With such encouraging data, including evidence of long-term effectiveness after only two or three MDMA-assisted psychotherapy sessions, there is now no doubt that this research should be expanded to larger clinical trials," the study's principal investigator, Dr. Michael Mithoefer, said in the statement.

The 24 police officers, firefighters and military veterans participating in the newest study will be treated by the middle of 2013, said association spokesman Brad Burge. Eleven have already received the treatment; results have been promising thus far.

Since the research helped with the progress of some of the most treatment-resistant cases of PTSD, researchers believe the treatment will be especially helpful for servicemembers, who are typically the toughest cases due to their warrior ethos and the stigma associated with seeking treatment, Burge said.

Almost one in seven servicemembers returning from Iraq and Afghanistan suffers from PTSD, according to the association's website. The U.S. Department of Veterans Affairs spent about $5.5 billion on PTSD disability payments to some 275,000 veterans in 2011. The cost and number of veterans suffering from PTSD is expected to rise.

In the first study of MDMA on post-traumatic stress, 20 participants experiencing acute anxiety, nightmares and avoidance and withdrawal symptoms attended weekly psychotherapy sessions and were given a capsule containing 125 milligrams of some of the purest 3,4-methylenedioxymethamphetamine in their second session, Burge said.

Several weeks of therapy later, they were given another dose of MDMA. Some were given a placebo.

Researchers found that the drug allowed participants to speak clearly and honestly about their trauma, Burge said. It also reduced the fear associated with traumatic memories and strengthened the alliance between participant and therapist.

"It's really not about the drug," Burge said. "It's a tool that is there to help with the psychotherapy."

Subjects of the study had suffered from PTSD for an average of over 19 years, and none had responded adequately to existing psychotherapies and treatments, the statement said.

"MDMA-assisted psychotherapy helped me move past that feeling of needing to be in control," the statement quoted one subject as saying. "I felt like me, probably for the first time. That was what I'd been looking for: the feeling that I was OK."

Of the 19 participants in the follow-up study, one dropped out and two relapsed back into a PTSD diagnosis, Burge said. There was no evidence of harm associated with the drug, and none of the participants developed a substance abuse problem with any illicit drugs as a result, according to the statement.

MAPS has also been trying to study the potential benefits of marijuana on PTSD. They proposed a study that was approved by the U.S. Food and Drug Administration and the University of Arizona's Institutional Review Board but were blocked by the National Institute on Drug Abuse and its parent agency, the Public Health Service, which supplies marijuana for research. It is the fourth time the federal government has refused to supply marijuana for FDA-approved research, Burge said.

MAPS plans to resubmit its application to NIDA and is suing the U.S. Drug Enforcement Administration for the right to grow their own marijuana for research.