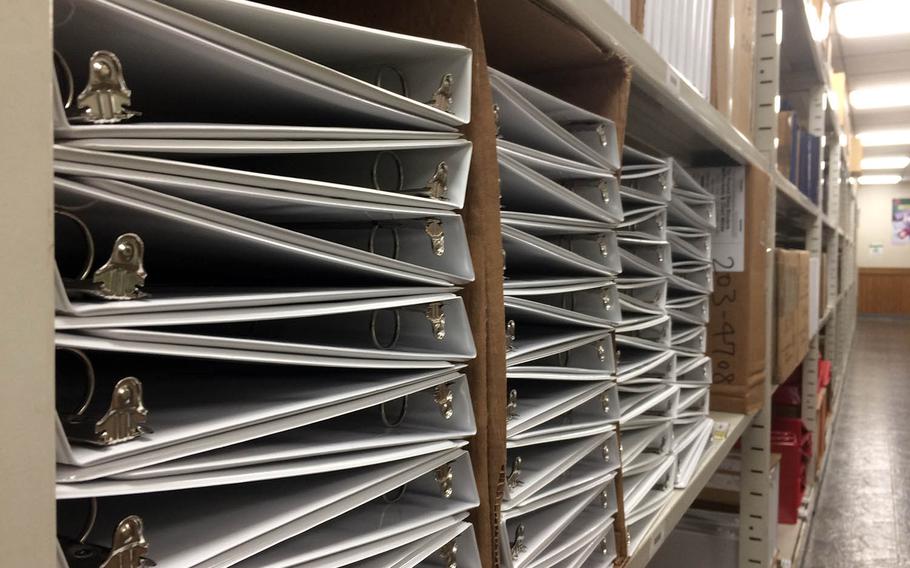 Buy Photo
Ring binders are among the most popular items at the General Services Administration store at Yokota Air Base, Japan. (Allen Onstott/Stars and Stripes)

Buy Photo
Ring binders are among the most popular items at the General Services Administration store at Yokota Air Base, Japan. (Allen Onstott/Stars and Stripes) 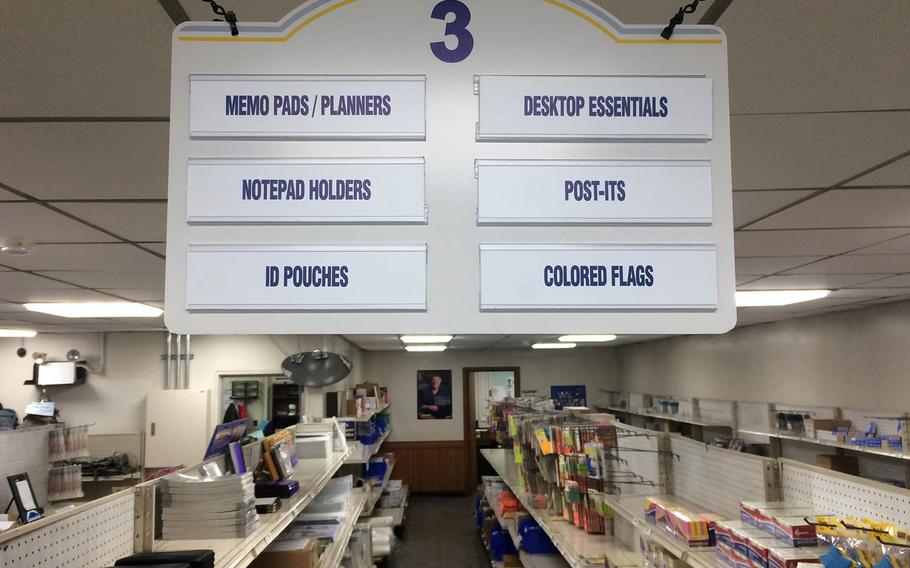 Buy Photo
General Services Administration stores are being updated from selling government-managed inventory to having their shelves stocked by commercial vendors such as Office Depot. (Allen Onstott/Stars and Stripes) 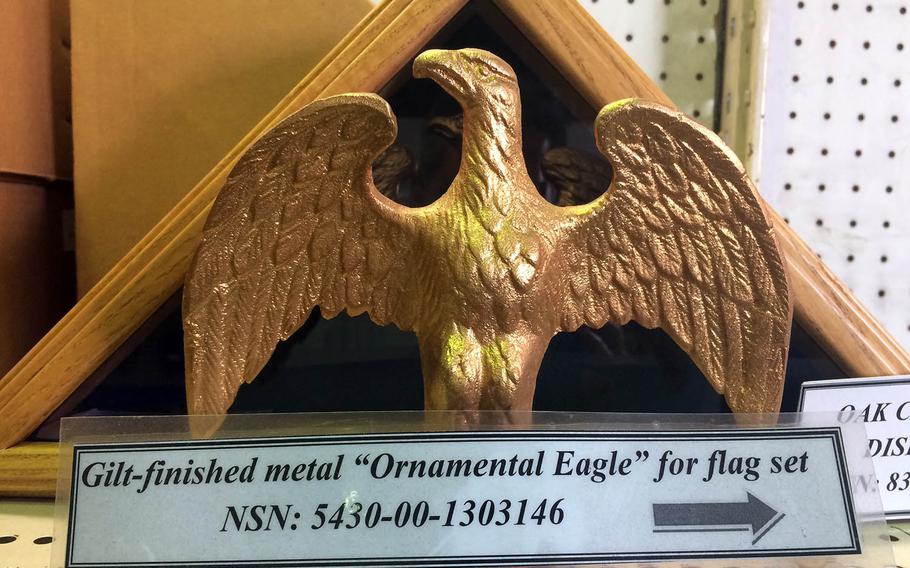 Buy Photo
An ornamental eagle is among the items from sale at the General Services Administration store at Yokota Air Base, Japan. (Allen Onstott/Stars and Stripes) 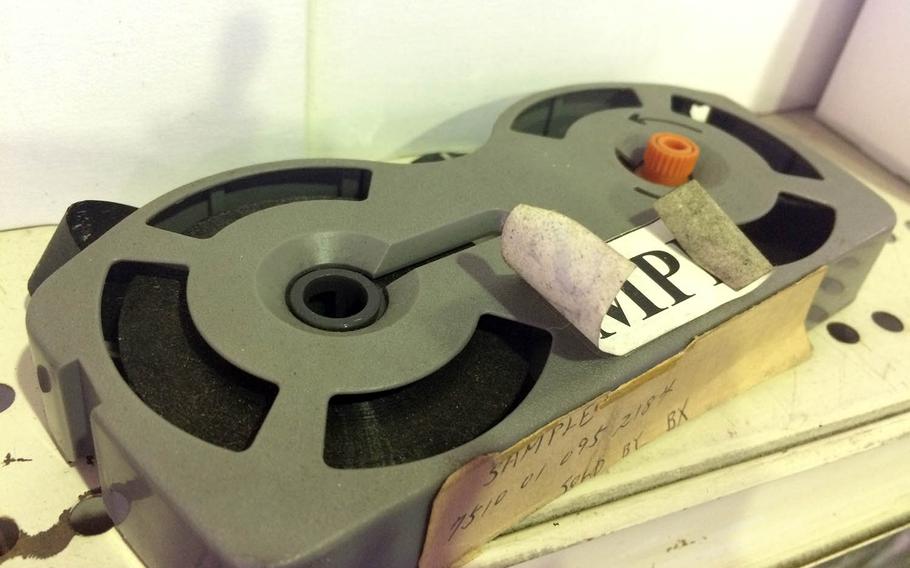 Buy Photo
Anachronisms such as typewriter ribbons, computer thumb-drives banned for use with government computers and out-of-fashion desert camouflage clothing are for sale at the General Services Administration store at Yokota Air Base, Japan. (Allen Onstott/Stars and Stripes)

YOKOTA AIR BASE, Japan — In need of a typewriter ribbon, top-secret shredder, ornamental eagle or flight jacket like one worn by President Donald Trump?

If you’re authorized to purchase government supplies and are stationed overseas, look no further than one of the General Services Administration stores at U.S. military bases in Europe and the Far East.

The GSA outlets are being updated from selling only government-managed inventory to having their shelves stocked by commercial vendors such as Office Depot.

“Our customers are everybody in the federal government … (but) overseas the Defense Department is almost all our work,” said top GSA official and Federal Acquisition Service commissioner Alan Thomas Jr., who was recently in Japan for meetings with Defense Department leaders.

At Yokota — home of U.S. Forces Japan in western Tokyo — a large hangar that houses the GSA store is a veritable Aladdin’s cave that sells everything from office supplies to hardware and clothing.

The most expensive item is a high-security Confetti-Cut shredder that costs $2,059.80. The most popular wares are ring binders, said Takeshi Hashimoto, 47, who has worked at the shop for a decade.

The commercial vendors should offer a wider range of products and more affordable prices, although exactly how much organizations will save is unclear until new stock is in hand, he said.

The Yokota store also sells printer ink, picture frames, notepads, batteries, padlocks, backpacks and sandbags. An impressive golden eagle meant for the top of a flagpole glares at visitors from a glass case in the hardware section.

There are also anachronisms such as typewriter ribbons, computer thumb drives banned for use with government computers and outdated desert camouflage clothing.

Eight-foot poles with large hooks on the ends are for rescuing drowning swimmers in on-base pools, Frazier said.

There’s also a leather flight jacket like one presented to Trump when he spoke to troops in a nearby hangar during his first visit to Asia last year.

It’s not mandatory for Government Purchase Card holders to buy from the GSA, Thomas said.

“Customers can choose to use us,” he said. “We probably do $200 million a year in acquisitions in Japan.”

Another change that could be coming to the Pacific involves leveraging commercial supply chains to get products into customers’ hands faster.

Already implemented in Europe, the innovation has cut wait times for some supplies from a month to three to five days, Thomas said.

Much of the organization’s work with the Defense Department overseas involves helping organizations contract for things such as information technology support, he said.

“We want to be the premier provider of acquisition solutions for federal customers,” he said.