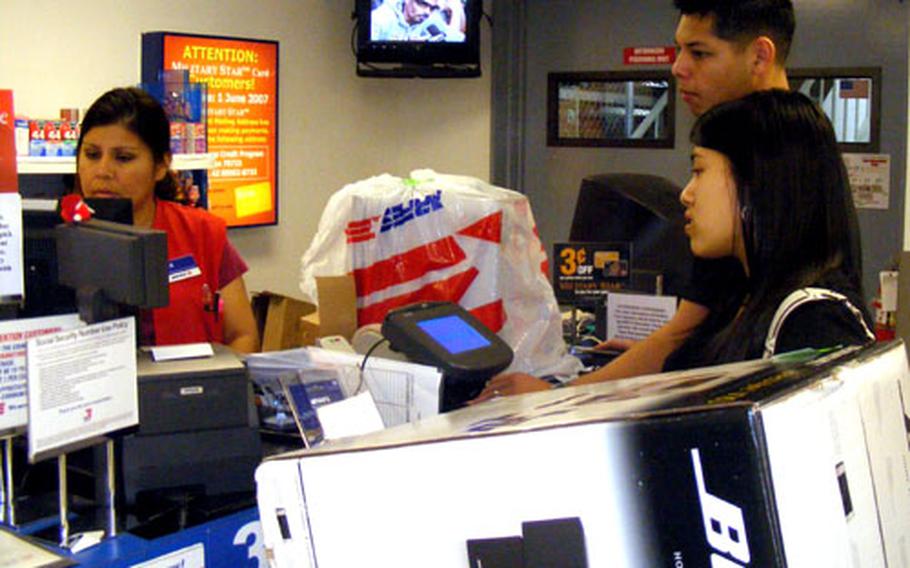 Jaime Flores and his wife, Jenna, return a stereo system, paper shredder and other items Friday at the Kadena Air Base Exchange. It was a surprisingly light day for gift returns, an AAFES store supervisor said. (David Allen / S&S)

Jaime Flores and his wife, Jenna, return a stereo system, paper shredder and other items Friday at the Kadena Air Base Exchange. It was a surprisingly light day for gift returns, an AAFES store supervisor said. (David Allen / S&S) 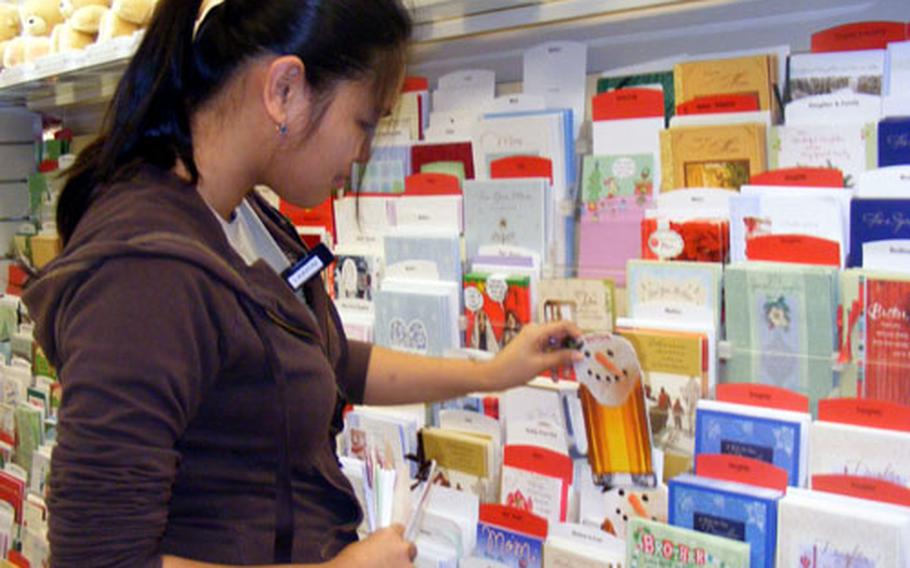 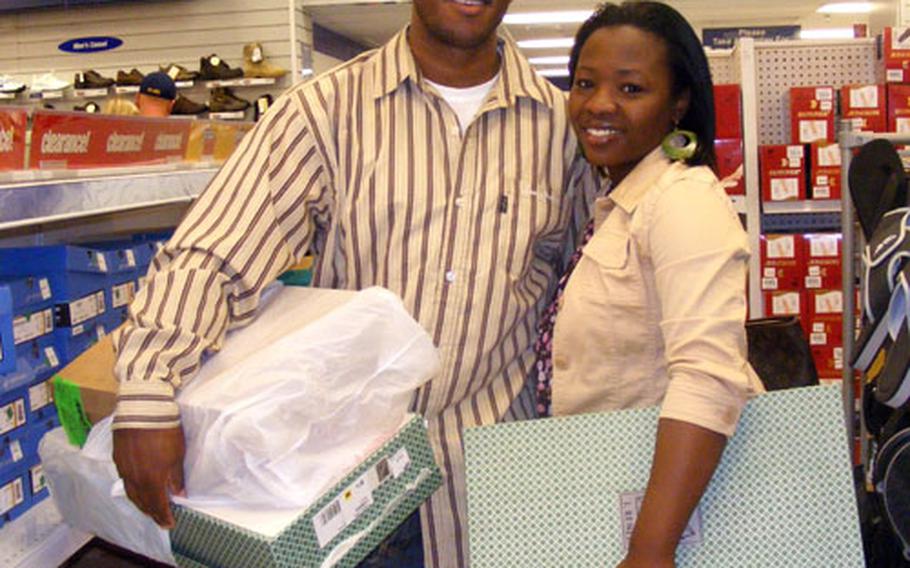 Fletcher Beaman and his wife, Tess, exchange sneakers they bought for each other that were just a squidge too small. (David Allen / S&S)

The lines at the return and exchange counters were short at 9 a.m., making Ninia Bourbina, supervisor for customer service, wonder whether customers were still catching up on their Zs, or perhaps Santa was better this year at figuring out what folks wanted for Christmas.

Well, not everybody. At a nearby register, Senior Airman Jaime Flores, 22, stood patiently with his wife, Jenna, 22, their cart crammed with $1,700 worth of stereo gear, a paper shredder, and other assorted items.

The paper shredder was a gag gift from his wife, he said. He had bought her an identical one as a gift.

On their way to the customer service section, Navy Petty Officer 2nd Class Fletcher Beaman, 26, and his wife, Tess, 30, were weighed down with four boxes of shoes &#8212; two new pairs to exchange for pairs they bought for each other that didn&#8217;t fit.

The National Retail Federation reported earlier this month that return traffic at major stores has been down the last couple of years, perhaps because more people give gift cards as presents instead of purchasing items.

&#8220;While retailers view returns as a cost of doing business, most gift recipients don&#8217;t return a thing,&#8221; the federation found in its annual Return Fraud Survey, released in November. Two-thirds of those surveyed said they did not return any gifts last year.

While customers hunted for post-holiday bargains, in the card aisle Hallmark Cards representative Laarni Ruiz, 25, was performing another after-Christmas chore: pulling all of the Christmas cards out of the display.

Soon, the Santas and snowmen and Christmas trees will be replaced with Cupids with arrows and bright red hearts.