Early arrival is first baby born on U.S. base in Japan in '07 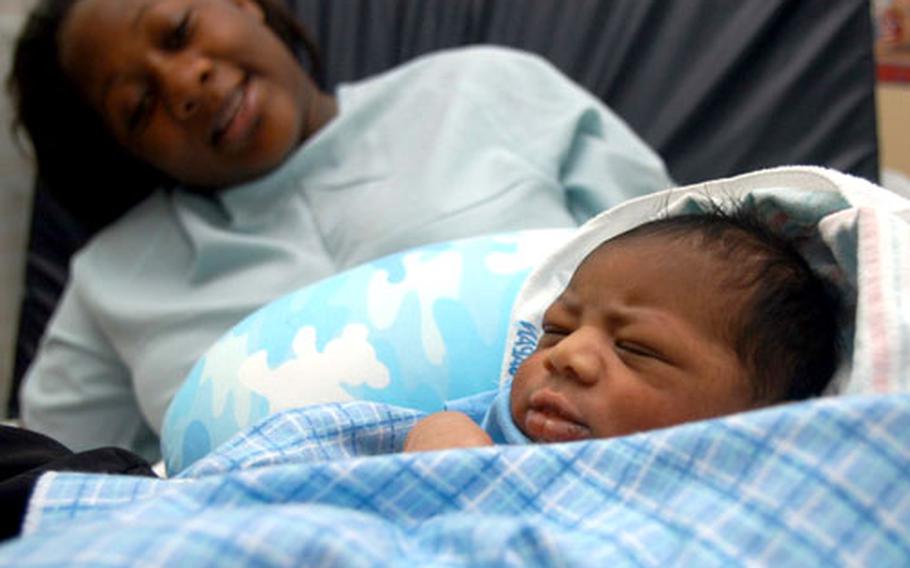 YOKOSUKA NAVAL BASE, Japan &#8212; One might say Desmond Virgil won by a nose. Or that he came out ahead. Or one might just gently shake his little fingers and make cooing noises.

Unofficially, he&#8217;s the first military baby born on the Japanese mainland in 2007.

At U.S. Naval Hospital Okinawa, a baby girl was born at 3:54 a.m. on Jan. 1. And in South Korea, the first baby celebration at the 121st Combat Support Hospital had to wait until 12:29 a.m. Jan. 2 for the arrival of a baby girl. The Okinawa and South Korea hospitals did not have any more information Tuesday on their new arrivals.

At Yokosuka, Desmond didn&#8217;t seem to realize his feat and slept through the interview. But he did smile for the camera.

Much will be new this year around their household, as this is the married couple&#8217;s first child.