Ear, nose and throat the focus of February at Naval Hospital Okinawa 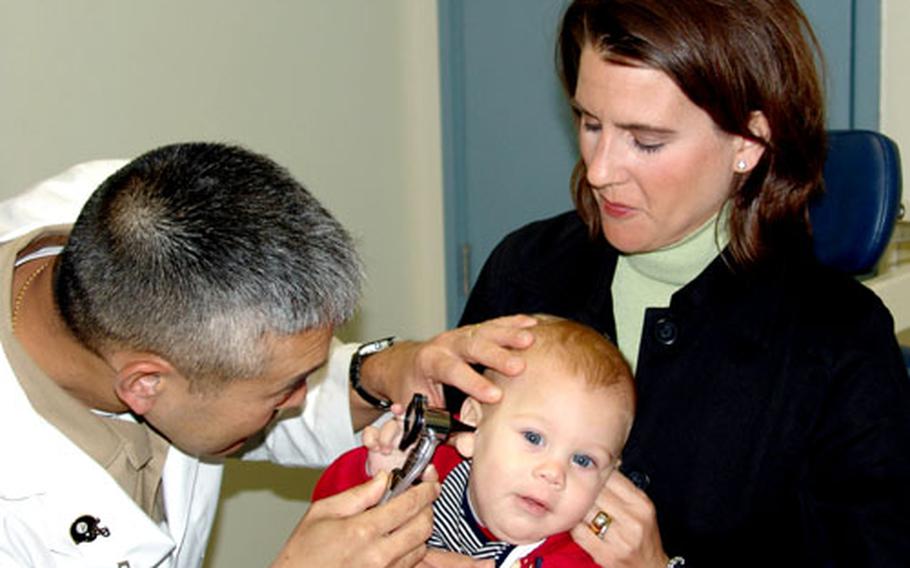 CAMP LESTER, Okinawa &#8212; February is Kids&#8217; Ear, Nose and Throat month, and the Otolaryngology Clinic at the U.S. Naval Hospital Okinawa is trying to get the word out to parents about their children&#8217;s health.

The No. 1 reason children are taken to the doctor is because of ear infections, according to the American Academy of Otolaryngology &#8212; Head and Neck Surgery. The clinic at the Naval hospital handles everything from that common malady to facial plastic surgery.

While ear infections may be common and often easy to cure, the problem can result in hearing loss or even deafness if not treated, said Lt. Cmdr. Mark Goto, otolaryngology department head.

&#8220;Proper sensory development is critical to learning,&#8221; Goto said. &#8220;If the ears are full of fluid and all you hear are muffled sounds, then that&#8217;s how you are going to repeat them. As a parent, you don&#8217;t want your child to have a hearing or speech problem because then they are labeled as slow, and that can stick with them for life.&#8221;

Many times for chronic ear infection sufferers, tubes must be installed to allow the ears to drain properly, Goto said, adding it&#8217;s a common surgery at the hospital.

While smaller children have more problems with ears, a common problem for teenagers is tonsillitis, Goto said.

While modern medicine and better antibiotics have reduced the number of tonsillectomies, Goto said the clinic still is called upon to perform the procedure from time to time.

One health problem that Goto said his clinic sees all the time is allergies.

Goto said the sudden onset of allergies most likely is the result of people breathing particles to which they&#8217;ve never had previous exposure.

Whether patients think they have allergies or suffer from chronic earaches, Goto said, the first step is the patient consulting his or her primary care provider, who then can refer him or her to his department.