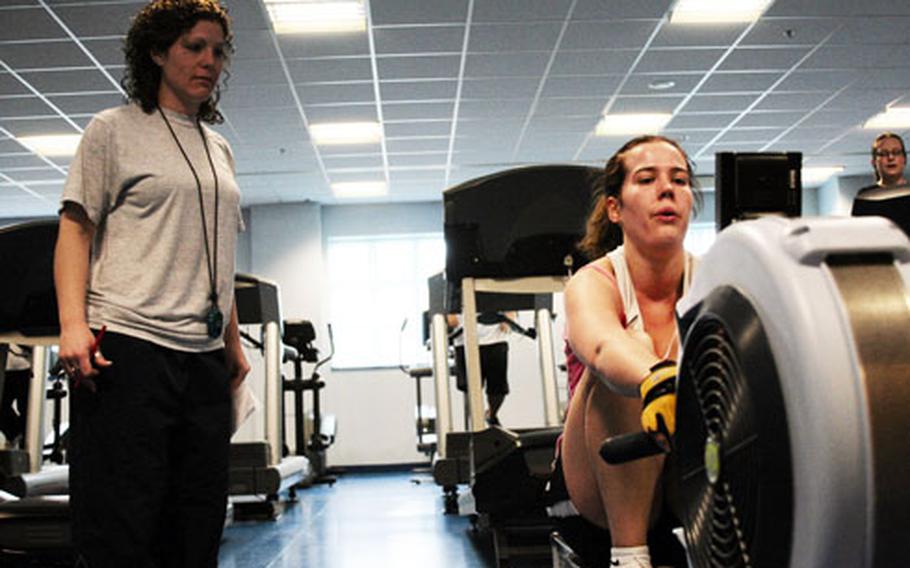 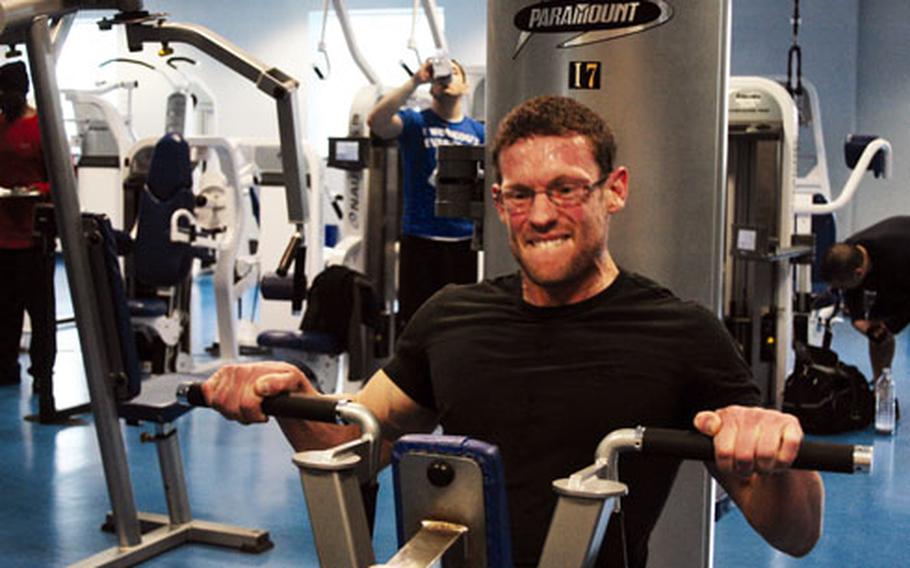 RAF LAKENHEATH &#8212; No one could call the Ultra Eagle contest easy after Saturday.

At first glance, the list of 10 exercises that constituted the timed challenge may have appeared simple. But it took a complex combination of strength, endurance and mental fortitude to finish the series, much less win.

"It was the ultimate way to test myself," said Tech. Sgt. Shelby Hatch, with the 48th Force Support Squadron at Lakenheath, who placed third in the contest with a time of 20:23.

She has been steadily stepping up her fitness regime since January when she began working out with a personal trainer. After completing the course nearly a dozen times beforehand, Hatch shaved about five minutes from her average time during the real McCoy.

"I wanted to see how far I could push myself," she said.

And that was the essence of the contest. It was less about how contestants fared against one another, and more about personal bests.

In the end, the ultimate Ultra Eagles were Sabrina Coefield, a personal trainer at the gym, and Airman 1st Class Quinton Bradley, who also works at the gym. Their times were 18:37 and 18:13, respectively.

For Keith St. Laurent, an Air Force spouse and father of three, Ultra Eagle was the first formal test of his fitness since completely overhauling his exercise and eating habits about six years ago. He made the change following a mild heart attack at age 28 and hasn&#8217;t looked back since.

Powering through the course like a machine, St. Laurent placed second, with a time of 19:21.

Despite some near-breakdowns, all 20 contestants completed the course, with facilitators and family members providing moral support. Still, the most resounding encouragement was heard between the participants themselves.

"It&#8217;s what got me through it," said Hatch, who passed on the cheers in return. "That and the adrenaline."