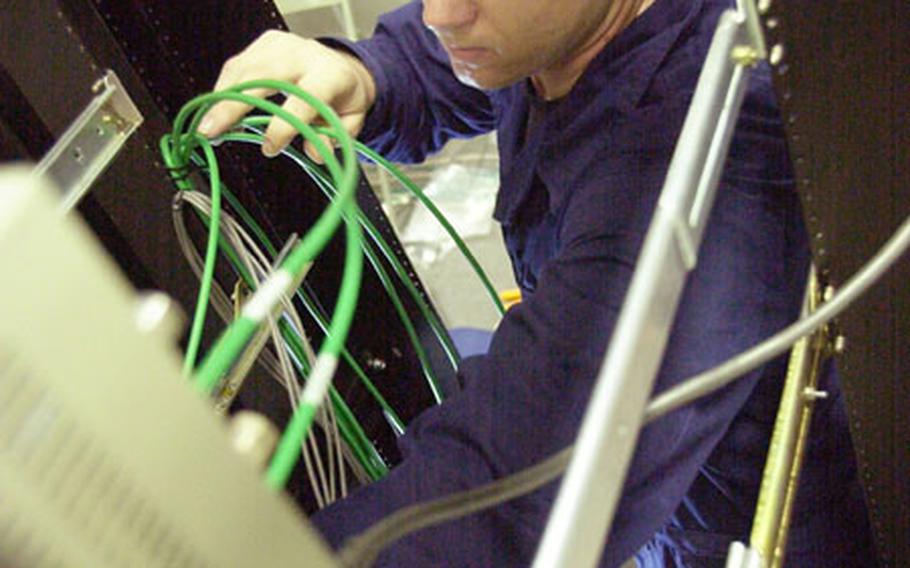 YOKOTA AIR BASE, Japan &#8212; Eagle 810 listeners lamenting the loss of National Public Radio and Rush Limbaugh on the AM dial, take heart: Those programs and others temporarily taken off the air will return Sept. 8.

American Forces Network is in the final stages of upgrading its local detachment with a new digital-audio board and an improved media storage system.

The improvements at each detachment cost about $200,000, said Dave Sutton, chief of engineering support for American Forces Radio and Television Service&#8217;s Pacific theater.

Eagle 810 disc jockeys continue to work in their old digs, but they&#8217;ll soon move next door, where a production room is being converted into a new on-air studio.

Listeners probably won&#8217;t hear the difference but studio operations should run much more smoothly, Sutton said: &#8220;It&#8217;s about one-third the amount of equipment.&#8221;

Programs such as Rush Limbaugh, NPR and the weekend top-hits countdown have been shelved until the new studio is operable, Lebling said.

Two of the television channels &#8212; AFN Family and Entertainment Plus &#8212; won&#8217;t be available until the end of the year, Sutton said. Another new channel, AFN Korea, also is slated.

But at most bases, installation commanders will decide which AFN channels will be offered, Sutton said.

At Yokota, for example, a finite number of free channels are used by AFN and local Japanese programming, Sutton said.

Americable owns the cable systems at Camp Foster, Sasebo, Yokosuka, Atsugi and Yokota, and a limited number of channels are available in the &#8220;free-tier.&#8221;

Misawa and Iwakuni, on the other hand, own base cable systems, &#8220;and they can offer as many free-tier as they want,&#8221; Sutton said.

Off-base residents who own the new direct-to-home satellite dish also can access the new AFN channels.

Entertainment Plus will be a movie channel and AFN Family will offer general interest programs from AFN Pacific and AFN Atlantic, which will free those channels for other shows.

The expanded audio channels will carry Fox and ESPN sports, AFN officials said. The audio signal is delivered to base housing and offices through coaxial cable.

To take advantage of the audio offerings, listeners need to buy an FM-cable television signal splitter from their cable-service provider, base or a post exchange, AFN officials said. The splitter separates the FM and television signals transmitted in the cable- television system.

At Yokota, Americable sells the splitter for $12.95.