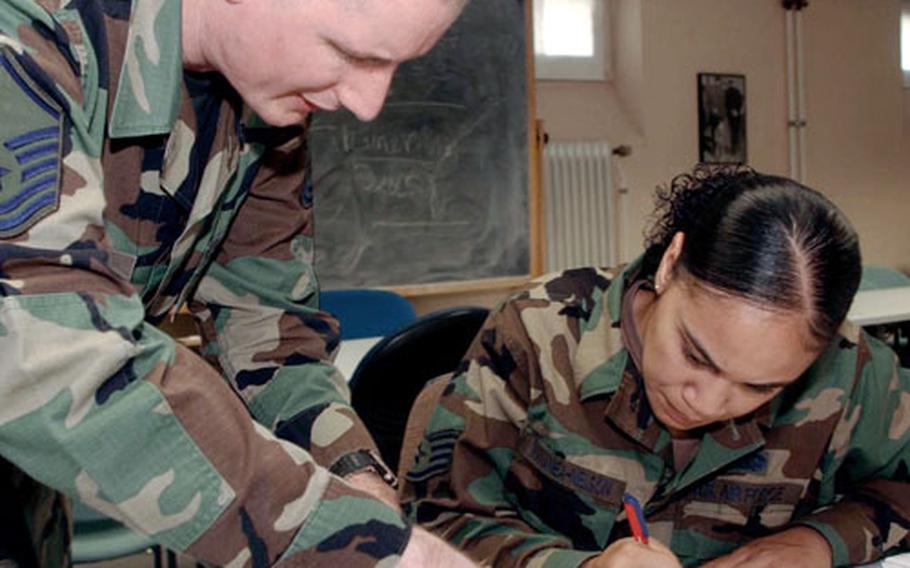 WASHINGTON &#8212; Federal elections officials have expanded their fax and e-mail services this year, but some worry that servicemembers overseas won&#8217;t have enough time to learn about and navigate through the new offerings before the upcoming congressional contests.

Scott Wiedman, deputy director of the Federal Voting Assistance Program (FVAP), said his office&#8217;s Electronic Transmission Service has been providing fax and e-mail options for ballot requests for three years, but the number of states allowing electronic correspondence has increased dramatically in that time.

In 2003, only Mississippi allowed troops overseas to use fax services. Now, all states except four &#8212; Alabama, New Hampshire, New York and Wyoming &#8212; and Guam, allow ballot requests or voter registration via fax or e-mail.

The transmission service acts as a go-between for troops and local elections officers. For servicemembers sending faxes, it provides a toll-free option for those overseas to transmit their paperwork and have it forwarded to the appropriate destination.

Wiedman said the service can help voters from those states in coordinating those election requests, too, but most of that work can be done directly with the state elections personnel.

But the service also offers the option of converting troops&#8217; e-mails into faxes, effectively making the 34 other states that only accept fax requests accessible to troops with e-mail.

That&#8217;s important to troops downrange, Wiedman said, who often change locations over the course of a few months. Instead of tying their ballots to one mail address or fax number, the voting services can follow them wherever they have computer access.

The electronic options are also much faster than the traditional mail options, with troops getting paperwork taken care of &#8220;in a matter of days or even hours instead of weeks,&#8221; Wiedman said.

But other voter advocacy groups questioned whether the FVAP has answered questions about security that have plagued previous online voting attempts, and last week Rep. Carolyn B. Maloney, D-N.Y., sent a letter to the department asking for more information on the costs and mechanisms of the expanded system.

&#8220;I have advocated for some time that both military and overseas civilians need easier access to the voting process while they are overseas,&#8221; she wrote.

&#8220;However, I am very concerned that similar to previous attempts in this vein, this effort may be overly ambitious, executed with insufficient planning and coordination prior to launch, and that it will cause military voters and states unforeseen problems for this election.&#8221;

Wiedman said the system has worked successfully for the last three years, and officials are confident in it. The program also unveiled a new Web site this week designed to give overseas voters up-to-date information on electronic filing options for each state.

That site and other program information are available at www.fvap.gov.