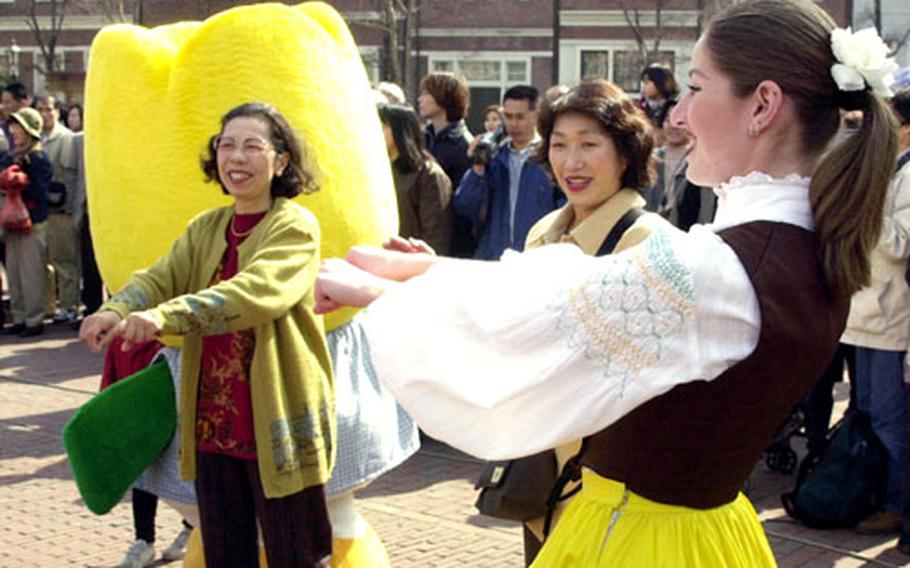 The Dutch-themed amusement park Huis Ten Bosch, near Sasebo Naval Base, filed for bankruptcy Wednesday but will remain open as one of the main entertainment attractions in southern Japan.

The sprawling park next to the base&#8217;s Hario Housing Village is a popular destination among base community members, especially those living in the housing area, Manning said Thursday morning.

&#8220;The people in Hario really enjoy taking walks there and visiting there and seeing the fireworks every night,&#8221; she said. &#8220;Huis Ten Bosch regularly offers us free entrance to the park for military, and they work with the schools in the area quite a bit.&#8221;

The company filed in Nagasaki District Court for court protection of 229 billion yen (about $2 billion) in debt, the largest bankruptcy of a Japanese amusement park, company spokesman Shinichi Yoshino told The Associated Press.

Huis Ten Bosch is modeled on a town in The Netherlands; some structures are replicas of buildings in Amsterdam.

Huis Ten Bosch attracted 4.25 million visitors at its peak in 1996, according to private credit research agency Teikoku Databank. Attendance had fallen to 3.54 million in 2001, according to The Associated Press.

&#8220;There was a restaurant, a windmill with some exposition space, a small part of a miniature Holland, a maritime museum and a shop. It was just meant to be a road stop between Sasebo and Nagasaki,&#8221; he said.

At the time, Huis Ten Bosch Co. announced a restructuring plan that included job cuts, bank debt forgiveness and Holland Village closure. At its peak in 1990, about 2 million people visited the Holland Village. In its last year of operation, attendance dropped to 200,000 Boer said.