Dust off those military medals for Veterans Day, VA urges 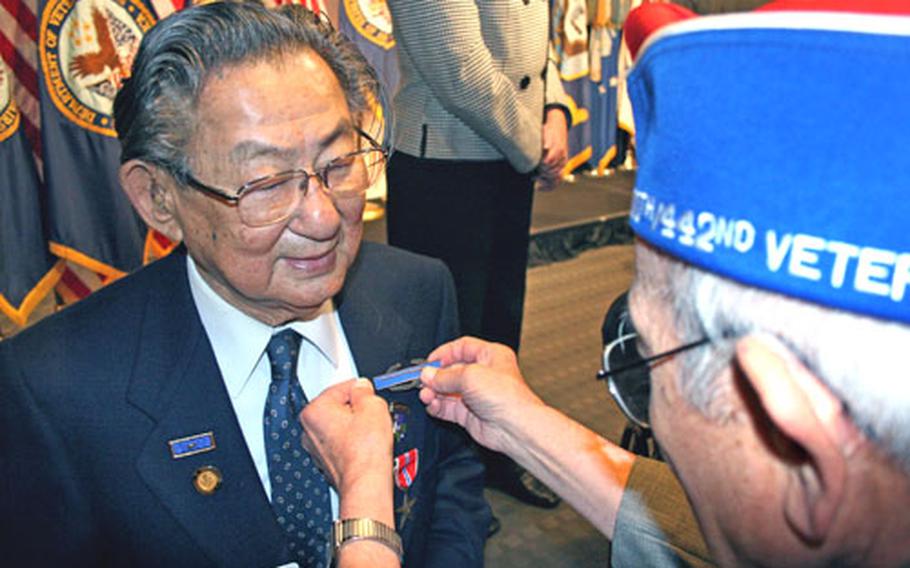 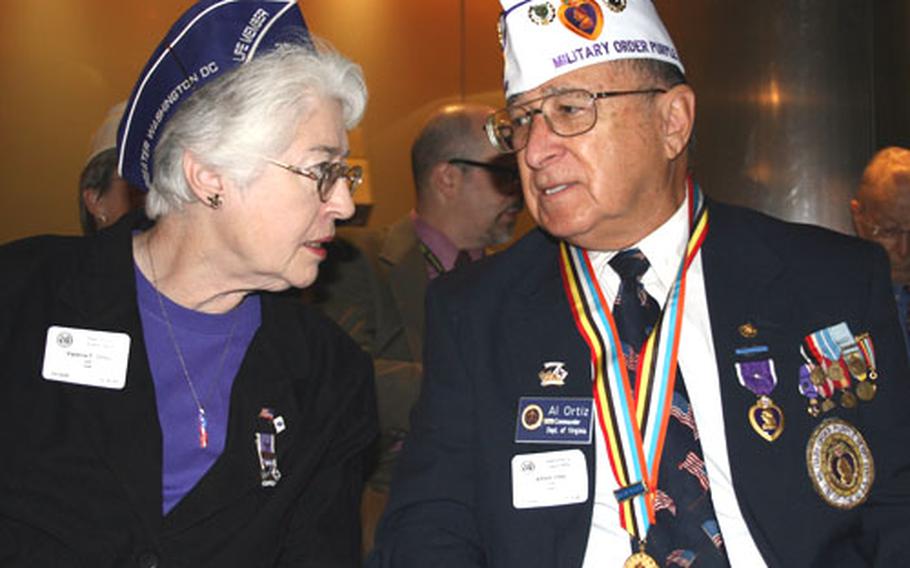 Al Ortiz of Chapter 1775 of the Military Order of the Purple Heart was on hand with his wife, Val, a member of the group&#39;s ladies&#39; auxiliary. (Joe Gromelski / S&S) 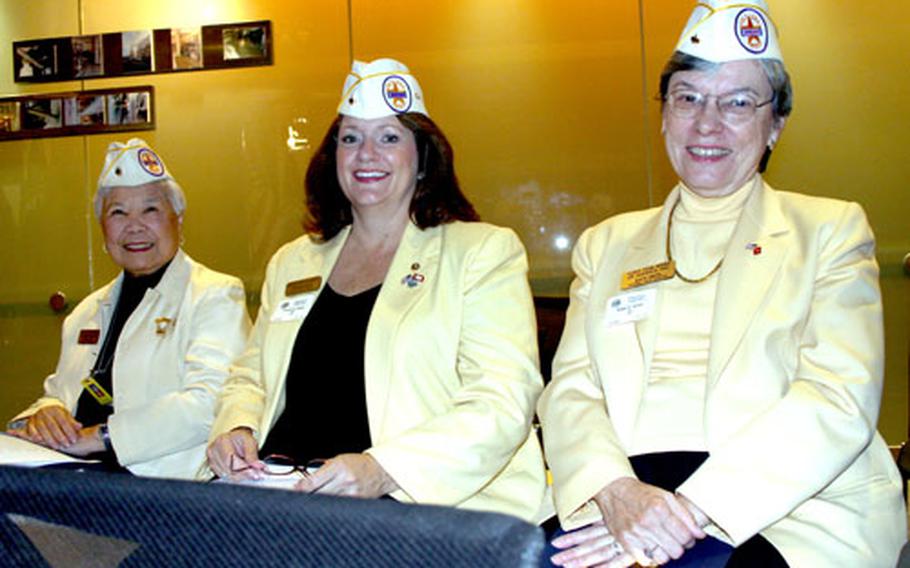 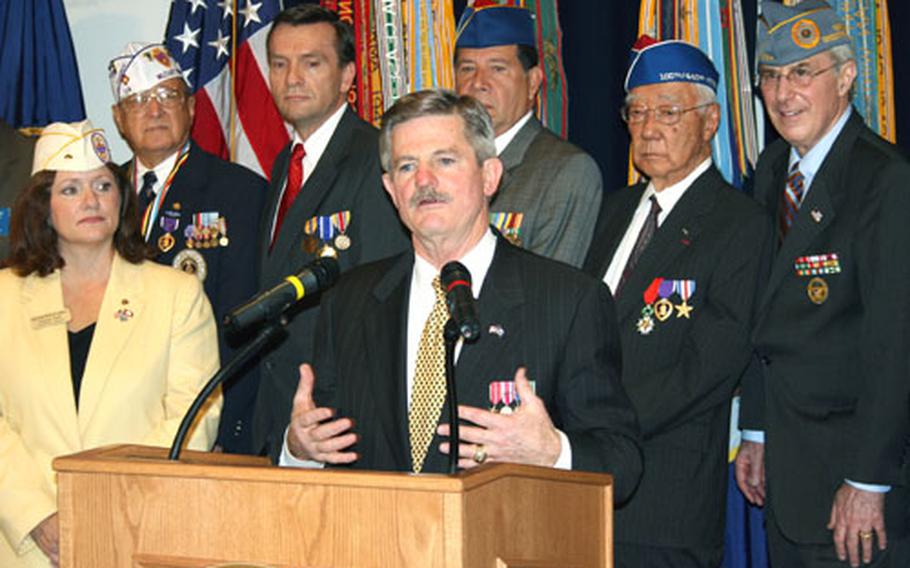 Secretary of Veterans Affairs R. James Nicholson is joined on the podium by several veterans as he announces the Veterans Pride Initiative. (Joe Gromelski / S&S)

Officials from the Department of Veterans Affairs are encouraging all former servicemembers to dust off their medals and wear them next month as a show of pride and patriotism.

The idea is based on celebrations in countries such as Australia, where veterans and their family members routinely display their medals on national holidays.

&#8220;I think it&#8217;s a great way to increase patriotism,&#8221; said Terry Shima, executive director of the Japanese American Veterans Association. &#8220;More people will recognize our veterans, and more people will think about our current armed forces.&#8221;

Herb Rosenbleeth, director of the Jewish War Veterans of the USA, said two of his World War II veteran relatives recently pulled out their old military decorations and have begun sharing stories with the family.

Nicholson said the initiative is completely voluntary, and he reminded all veterans to check their service history if they have questions about what honors they did or didn&#8217;t earn.

But he said he hopes that this will become a tradition for all national holidays, and said he thinks it will benefit the current services as much as the retired troops.

&#8220;I think this will start dialogues, inspire neighbors to talk to veterans who live next door about their sacrifice,&#8221; he said. &#8220;I hope it will help with recruiting, because our veterans are the face of America.&#8221;

Wednesday&#8217;s announcement also featured several soldiers recovering at Walter Reed Army Medical Center, who said they liked the idea of carrying that military tradition well beyond their years in the service.

&#8220;It&#8217;s just a great chance to show that it is something to be proud of,&#8221; said Capt. Robert Klinger, injured in Iraq earlier this year while serving with the 1st Armored Division.

Weiichi Kuwayama, a veteran who served with the 442nd Regimental Combat Team during World War II, had to search a bit to find his Purple Heart and Silver Star to wear to Wednesday&#8217;s announcement.