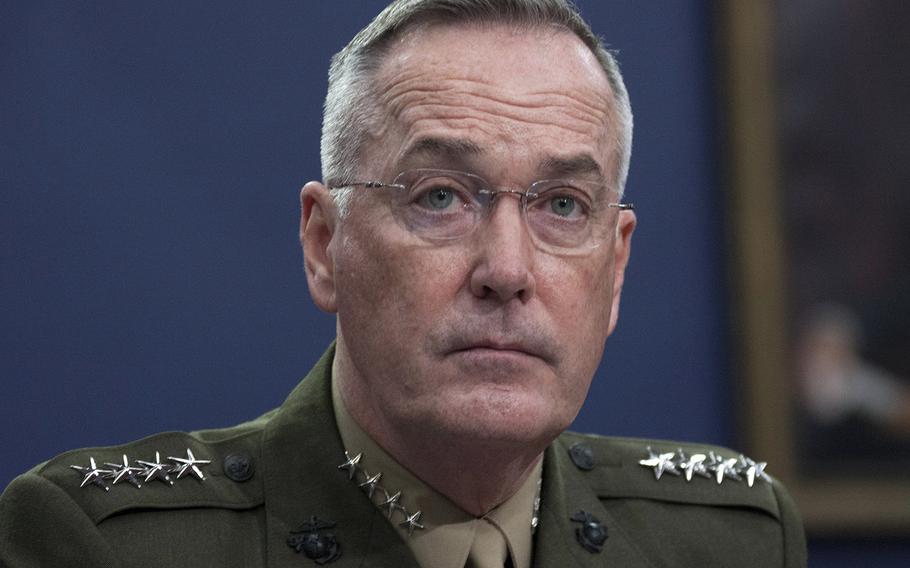 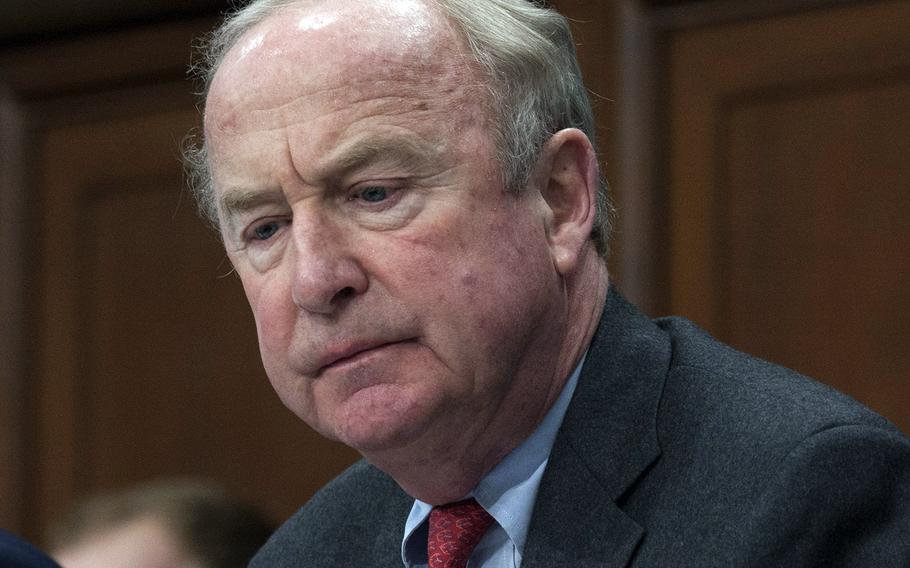 WASHIGNTON — The chairman of the Joint Chiefs of Staff denied to the House on Thursday that President Barack Obama’s rules on the use of force in Afghanistan are endangering troops.

Amid concerns from lawmakers, Gen. Joseph Dunford testified before an appropriations subcommittee that combat units have no restrictions when it comes to protecting themselves. The chairman said self-protection, however, is distinct from deliberate, strategic U.S. military strikes that are orchestrated and approved by higher commanders.

“When it comes to them doing what needs to be done to take care of themselves or their unit, it is completely decentralized,” he said.

Critics on Capitol Hill have complained the White House has hobbled the war effort in Iraq, Syria and Afghanistan by limiting the forms of combat and fighting. On Thursday, Rep. Rodney Frelinghuysen, R-N.J., chairman of the subcommittee hearing, said many lawmakers worry servicemembers are being put in danger in Afghanistan because they are not provided air support and other backup.

“There is a feeling out there and I think this is shared by a lot of members of Congress that there is somehow forces of higher up, and I understand the chain of command, that people have to check with, a variety of different people, before they look after the mission that they are involved in,” Frelinghuysen said.

He said wounded servicemembers have personally recounted to him — away from military commanders — incidents that put them in “compromising positions” in Afghanistan through a lack of U.S. backup support while depending on Afghan forces that often do not fight at night.

“It bothers me when I hear that they didn’t get the air support that they needed,” Frelinghuysen said.

Dunford said he has been told similar stories by wounded troops while touring Walter Reed National Military Medical Center in Bethesda and the accounts sometimes hinge on confusion or unanswered questions.

“Everyone looks through a soda straw in combat and everybody’s soda straw is slightly different, and frankly when you sit there as a commander your soda straw is a little wider than a squad leader or a platoon commander,” he said.

Units can provide for their own safety under the rules of engagement. However, Dunford said junior officers might disagree or not understand why higher commanders make certain decisions regarding military actions.

He said strategic strikes in Afghanistan can have “huge implications,” such as civilian casualties, and have been complicated due to the country’s politics. That has meant such decisions have been sent up the chain of command, sometimes to generals.

“In my case, it was managing a very difficult relationship with the government of Afghanistan. In some cases, our very presence and ability to conduct counterterrorism operations was being managed as a result of these strikes,” Dunford said.