Dublin: Nothing draws visitors like a Guinness plant tour 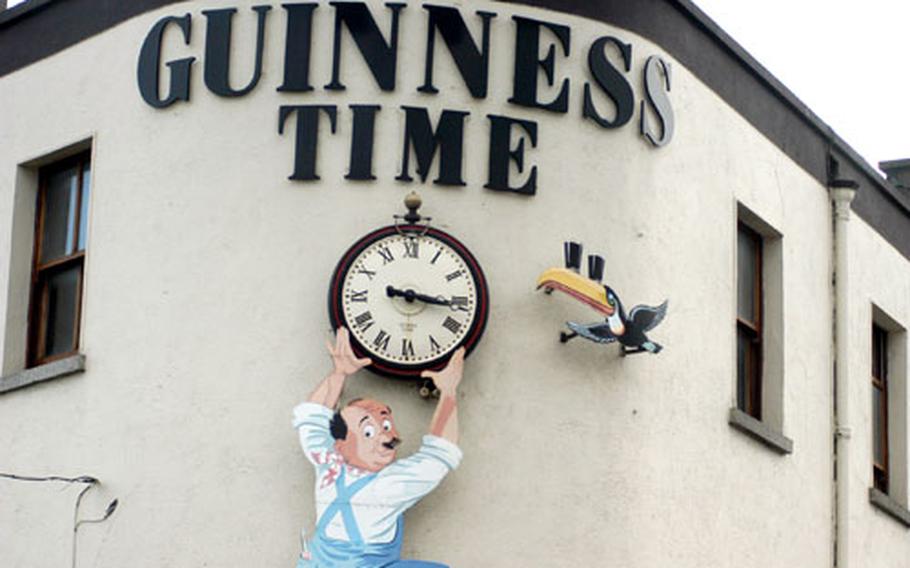 A sign advertising Guinness beer adorns the outside of a pub in Dublin. (Bryan Mitchell / S&S)

A sign advertising Guinness beer adorns the outside of a pub in Dublin. (Bryan Mitchell / S&S) 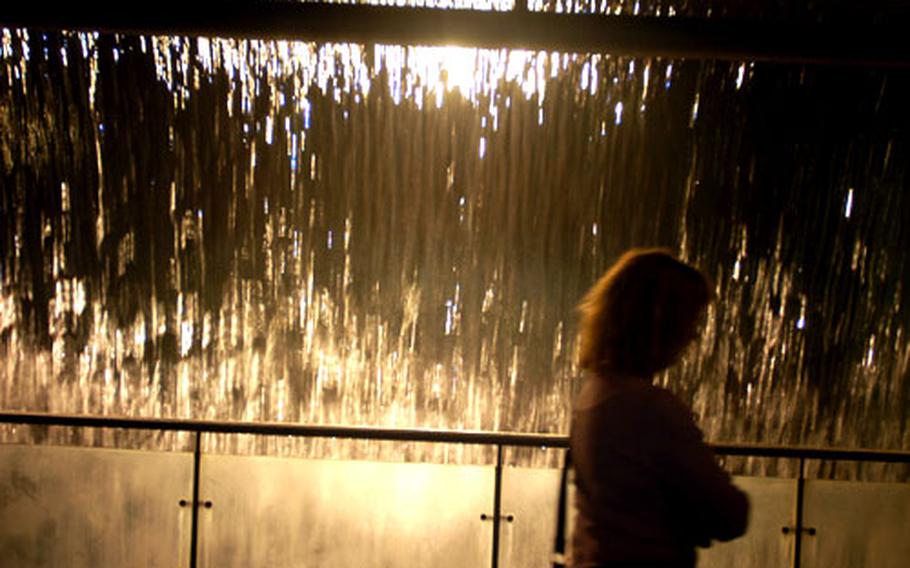 A tourist walks behind the rushing waterfall inside the Guinness plant. (Bryan Mitchell / S&S)

DUBLIN, Ireland &mdash; In Paris, it&rsquo;s the Eiffel Tower. In London, Big Ben. And in Rome, the Coliseum.

But in the Dublin, the Guiness Storehouse bills itself as the top tourist destination in Ireland with more than 800,000 visitors a year.

In fact, the world&rsquo;s most famous dark brew draws so many visitors that the line often stretches around the block and can take up to an hour to navigate.

But for the thirsty thousands who queue for longer than many are willing to wait for a table at a swank restaurant, the wait is well worth the hassle.

Sure, it&rsquo;s only water, barley, yeast and hops in dumbfounding quantities, but there&rsquo;s something inexplicably interesting about seeing where these four simple ingredients merge to form a drink that has garnered aficionados from Tokyo to Topeka, Kan.

It may not offer the party atmosphere that has made the Heineken tour a can&rsquo;t miss in Amsterdam, the Netherlands, neither does it have the iconic Clydesdales that draw thousands to the Anheuser-Busch brewery in St. Louis.

But what the Guinness tour lacks in atmosphere and iconography it makes up for in seven floors of Irish brewery history that will leave any visitor, even those lacking a natural affinity for Guinness, with a deep respect for Ireland&rsquo;s most famous export.

Each floor offers a glimpse into what has made Guinness the drink favored by so many in the far stretches of the globe. For instance, the ground floor is where visitors are introduced to the four vital ingredients of Guinness as well as to the brilliant entrepreneur, Arthur Guinness, who made the whole machine go.

How brilliant? According to guinness.com, in 1759 he signed a 9,000-year lease on the building from a defunct brewer for an initial 100 pounds and an annual rent of 45 pounds ($81 in today&rsquo;s dollars). That&rsquo;s the kind of real estate transaction that would make even Donald Trump salivate with envy.

The second floor was my personal favorite, as it offered a historical view into the marketing campaign that has helped make Guinness a household name.

But the seventh floor Gravity Bar, which boasts a stunning view of Dublin as well as a complimentary pint of the dark beer, is also appealing. It&rsquo;s the kind of place that makes any beer aficionado want to linger.

All told, even those whose pallet may convulse at the thought of beer as dark as night would be remiss to visit Dublin and not include a tour of the Guinness Storehouse.