Drum team shares a Japanese tradition with Misawa Air Base 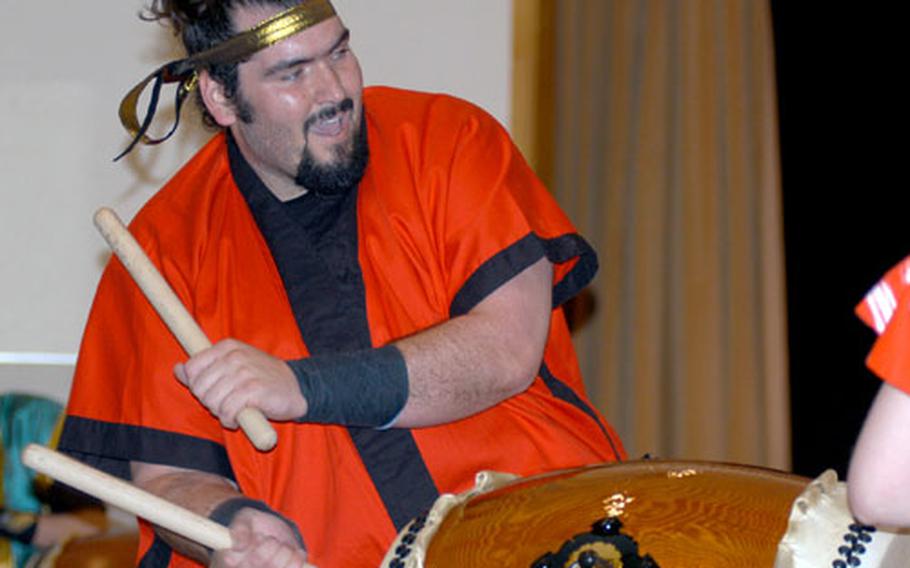 David Wray, a member of the Dragon Eagle taiko drum team at Misawa Air Base, Japan, beats a taiko drum with bachi sticks on Saturday during the group’s concert on base. The American taiko drum group celebrated its seventh anniversary Saturday. (Jennifer H. Svan / S&S)

David Wray, a member of the Dragon Eagle taiko drum team at Misawa Air Base, Japan, beats a taiko drum with bachi sticks on Saturday during the group’s concert on base. The American taiko drum group celebrated its seventh anniversary Saturday. (Jennifer H. Svan / S&S) 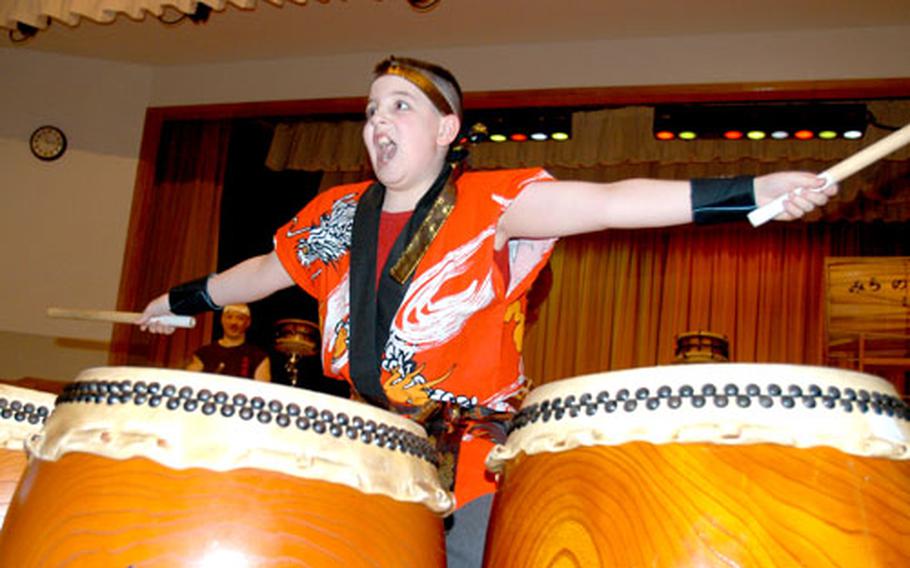 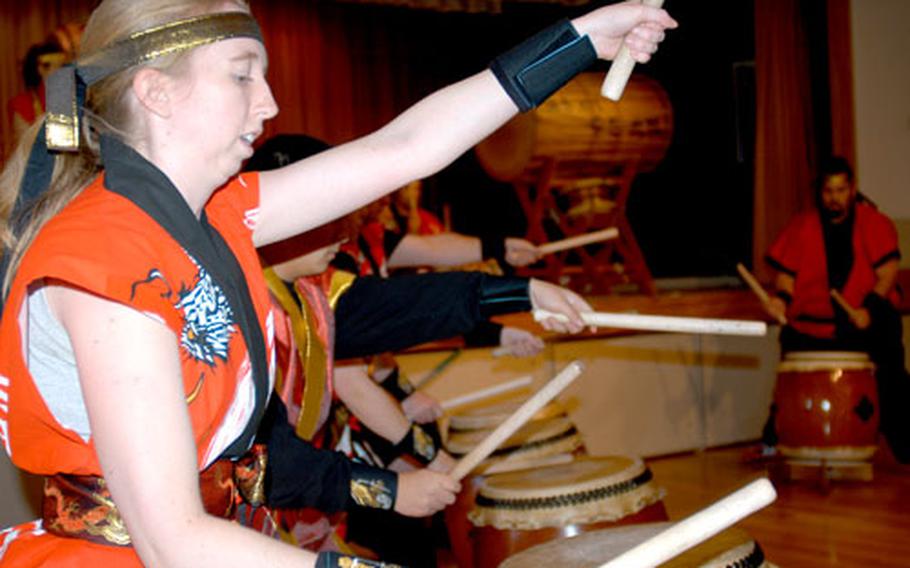 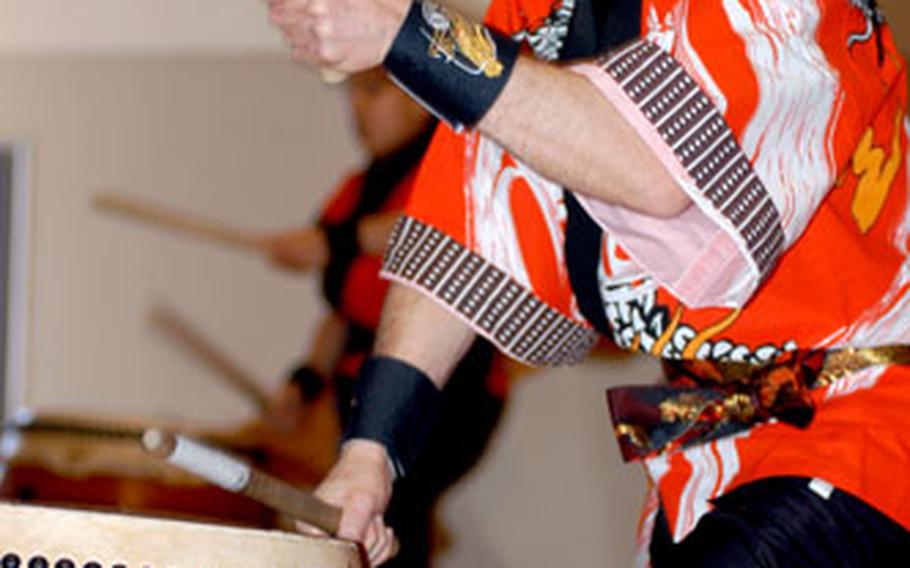 MISAWA AIR BASE, Japan &#8212; On Tuesday evenings, the Mokuteki Ballroom resonates with a &#8220;thump, thump, thump&#8221; once used to call soldiers to battle, entertain gods and drive away evil spirits.

These days, the venerable taiko drums are melding two distinct cultures as a group of Americans learns to beat bachi sticks.

The Dragon Eagle taiko drum team has played at weddings, local festivals, charity events and even an Aomori prefecture traffic safety promotion. On Saturday, the drummers performed a free concert on base celebrating the group&#8217;s seven-year anniversary, a milestone instructor Kazuko Igarashi never dreamed possible in the beginning.

Ten years ago, she started taking taiko drum lessons in Aomori City with the goal of teaching the ancient Japanese percussion to Americans. She found some Japanese opposed the idea of sharing with foreigners an art form steeped in tradition, dating back some 2,000 years. But Igarashi persisted, feeling that if Americans had a special experience in Japan that they would always look favorably on their time here. &#8220;If you move, you can talk about Japanese memory forever,&#8221; she said.

It seemed like an impossible dream at first: She had no taiko drum and no place to practice. But she spoke to the manager of the Mokuteki Community Center at the time, who said &#8220;let&#8217;s start,&#8221; Igarashi recalled.

At first, the team mostly practiced on tires. Taiko drums come in a variety of styles, but a traditional drum made from a hollowed tree can cost as much as $6,000, Igarashi said. Igarashi has since bought five drums, as have some of her students, who currently number about 15 Americans working or living on Misawa Air Base.

Chris Petrone, a Department of Defense Dependents Schools Pacific teacher at Cummings Elementary School, is in his fourth year with the group. Already a drummer, Petrone said playing taiko drums was at first like learning a new language.

The American taiko drummers often play for Japanese crowds that respond with standing ovations, they said.