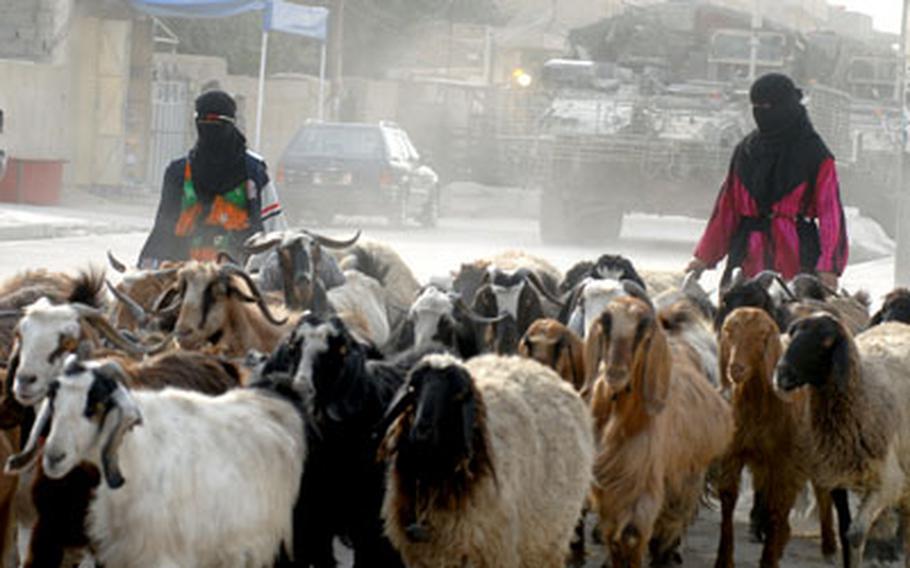 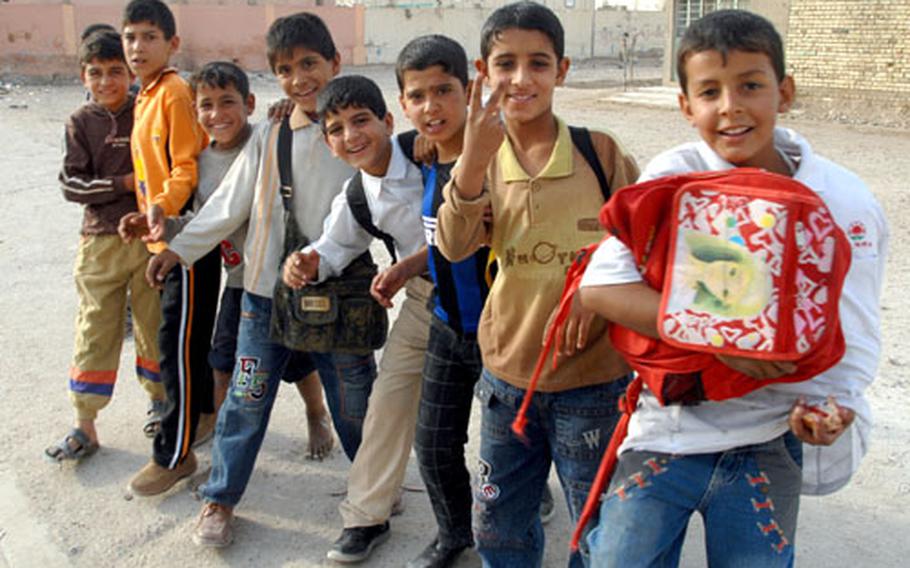 It&#8217;s not the sort of action Baghdad-based troops from 2nd Squadron, 2nd Cavalry (Stryker) Regiment trained for in Germany in June. Then, predeployment exercises focused heavily on raiding houses, detaining individuals and dealing with roadside bombs.

But after two months of hard work to rid southern Baghdad of al-Qaida, the squadron&#8217;s focus has shifted from combat to reconciling Sunnis and Shiites.

&#8220;I don&#8217;t know that anybody could have predicted the downturn in violence. It&#8217;s been better than expected. We now have an opportunity to improve social services and security by the population because the surge can&#8217;t last forever.&#8221;

The 2nd Squadron troops still face a constant threat from roadside bombs, and they still raid houses in search of high-value insurgent targets.

But there also are numerous lengthy &#8212; some say tedious &#8212; meetings with Sunni and Shiite leaders in the squadron&#8217;s area of operation, known as Southeast Rashid.

Regarded by coalition forces as the most dangerous part of Baghdad, the area has a population of about 300,000, split between Sunnis and Shiites with both rural and urban terrain, Reineke said.

When the squadron arrived, many neighborhoods were abandoned by people fleeing sectarian violence. Now many are filling back up, resulting in more demand for electricity, water and sewage systems, Reineke said.

Daily work for the 2nd Squadron soldiers can involve patrols to survey demographics and find out how locals feel about provision of essential services.

They also are recruiting Iraqis to patrol their neighborhoods as Iraqi security volunteers. Reineke hopes to recruit between 2,000 and 3,000 volunteers in coming weeks.

&#8220;We are getting locals to protect their own neighborhoods. Once that happens, people want to move back home and open their businesses,&#8221; he said. &#8220;Then people want to fix essential services, and the thing keeps gathering momentum.&#8221;

The squadron is increasing its combat strength with the help of Iraqi forces. The soldiers operate a Joint Security Station &#8212; a small base that includes both 2nd Squadron troops and members of a local Iraqi National Police battalion. U.S. and Iraqi personnel regularly patrol together and U.S. soldiers inspect seven checkpoints manned by Iraqi police in southern Baghdad, Reineke said.

The relative calm has allowed the 2nd Squadron to facilitate installation of neighborhood generators to provide electricity until national grid problems are fixed. And the squadron is implementing a micro-grant program to help returning citizens restart businesses, he said.

On Tuesday, soldiers from the 2nd Squadron&#8217;s Company F and the Iraqi National Police patrolled through Saha, a leafy suburb filled with hundreds of four-story apartment buildings.

Saha was a ghost town when the unit arrived, according to 1st Lt. Robert Johnston, 22, of Seattle, [/BODY]leader of the company&#8217;s 1st Platoon. It was haunted by snipers, including one believed responsible for killing more than 100 Sunni, Shiite and Christian[/BODY] men, women and children, he said.

Sgt. Eric Austin, 25, of Iowa City, Iowa, was like a magnet for the kids after his teammates filled the back of his load bearing vest with lollypops.

Austin, on his third tour in Iraq, said the atmosphere in Baghdad reminds him of the way things were in Mosul near the end of 2003. It&#8217;s a lot more peaceful than his tour to Anbar province in 2005 to 2006, he said.

Another Company F soldier, Spc. Edward Escamilla, 22, of Mesquite, Texas, said he is on his first tour to Iraq.

Sgt. Bill Myers, 28, of Phoenix, who served in Mosul from 2004 to 2005, agreed that the security situation has improved.

How do the troops feel about their new, less-aggressive role?

&#8220;We are infantrymen. Kicking in doors is what we are trained to do, but at the same time it is nice to stop and shake people&#8217;s hands and give a little kid a lollipop, and make them smile and make the people understand they don&#8217;t have to be scared of us,&#8221; Myers said.

When the platoon reached Saha&#8217;s market area, Iraqi police and vehicles were present and most of the shops were open, selling everything from computer equipment to fruit and vegetables, meat and kebabs, which soldiers sampled at the roadside.

Saha resident and English teacher Saadi Jouda welcomed the soldiers, but was worried insurgents might see him talking to them.