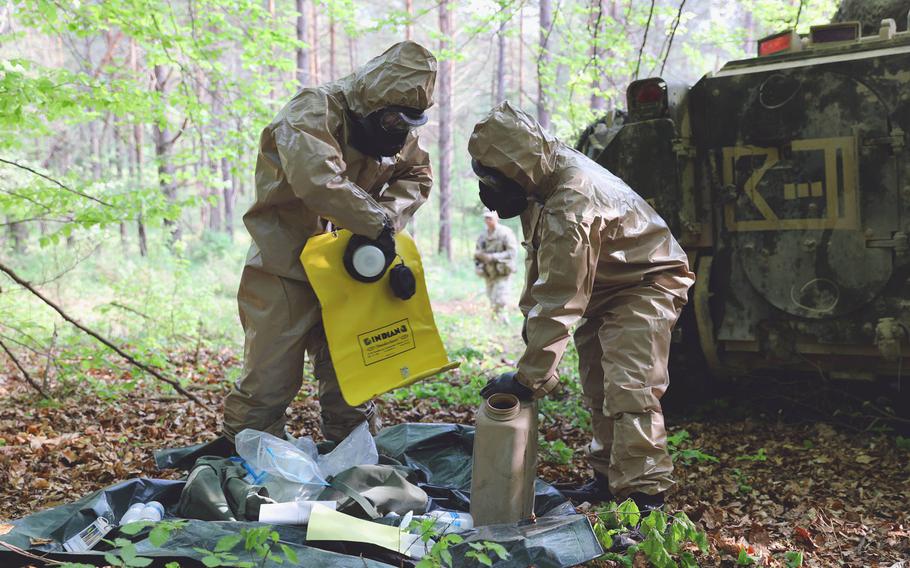 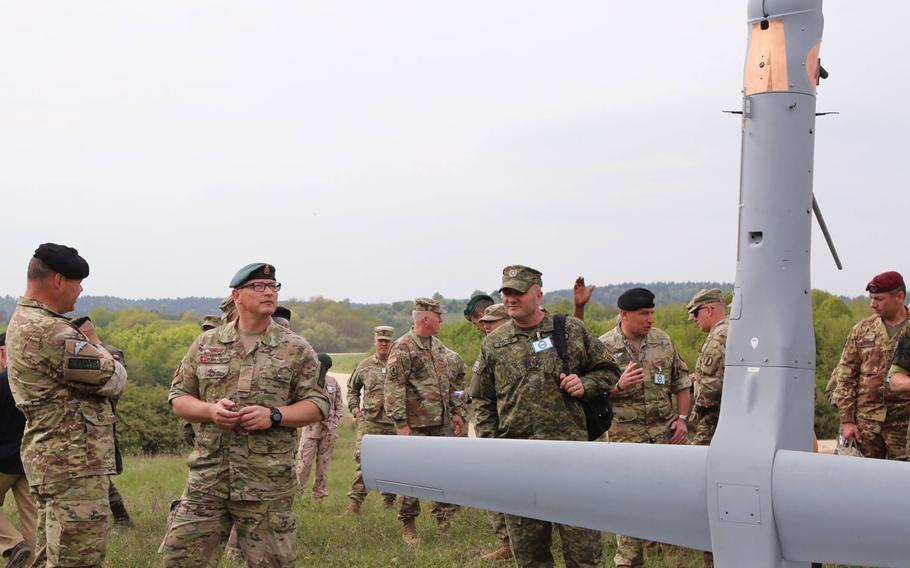 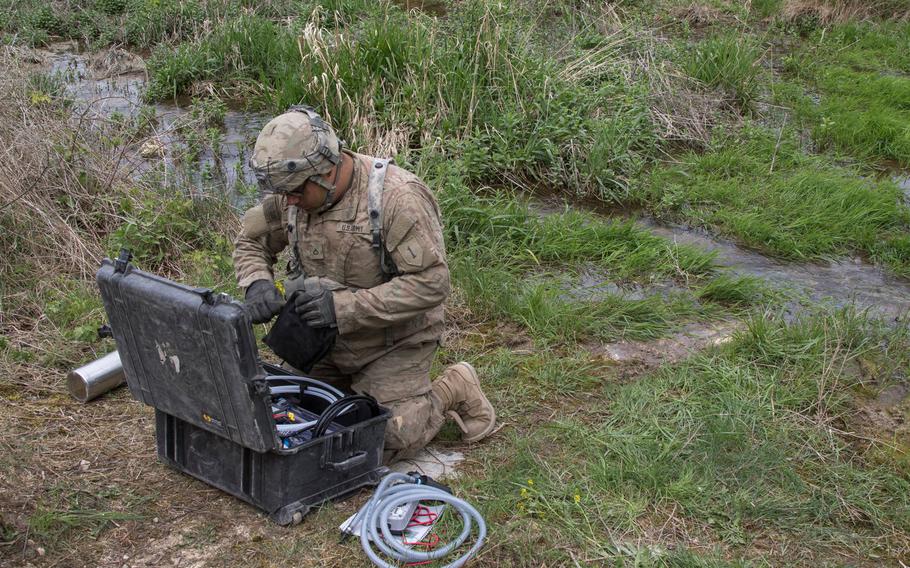 The Joint Warfighting Assessment at Exercise Combined Resolve gave soldiers a glimpse of the future battlefield this week by combining standard ground-fighting tactics with prototypes like the Stryker Directed Energy system, a high-powered mounted laser.

While the laser wasn’t yet operational, Army officials say it could be ready to shoot drones out of the sky within a year or two.

“Our focus is on the Army in 2028,” said Maj. Brett Lee, spokesman for the Joint Warfighting Assessment, which plays a key role in the service’s modernization efforts. “We are informing the future force development by assessing how the soldiers going through this exercise utilize the concepts and capabilities we’ve injected into this exercise.”

The JWA tested 27 different concepts and capabilities at Combined Resolve, with input coming from some of the nearly 3,700 soldiers representing 13 nations at the exercise.

The exercise is the culminating event for the 1st Infantry Division’s 2nd Armored Brigade Combat Team, currently on rotation in Europe.

In the exercise, multinational forces had to counterattack a high-tech enemy while using both current fighting techniques and state-of-the-art equipment, including a prototype lightweight vehicle for airborne troops and newly developed drones.

The laser, mounted on a Stryker chassis, would have fewer ammunition constraints and better range than current weaponry.

“We are at the beginning of a next generation of warfare, where we use less kinetic means and instead put energy on a target,” Lee said. “It’s brilliant. It’s limited only on your power source, and in the future, it could have almost unlimited potential.”

“Even in the future fight, you are going to have a lot of the same constraints we do today,” Lee said. “You need to have a light, mobile way to purify water, especially if your enemy is using chemicals.”

The Army will analyze how soldiers utilized the new equipment and determine what needs to be done to improve it.

“One thing armies always get wrong is understanding what a future fight looks like,” Lee said. “It’s human nature to look back on what used to work and how things used to happen, and it’s often not successful in the opening stages of a conflict.

“The pace of future army conflicts will be very quick. If we get it wrong in the beginning, it will be very dangerous for us. Our job is to make sure we get it right.”