Drivers of SUVs, other high-emission vehicles will see an increase in road fee 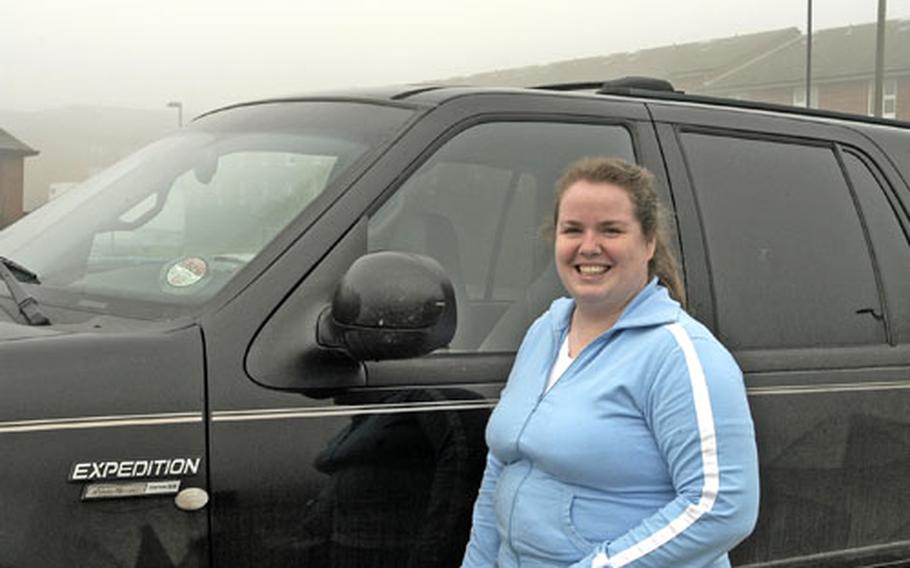 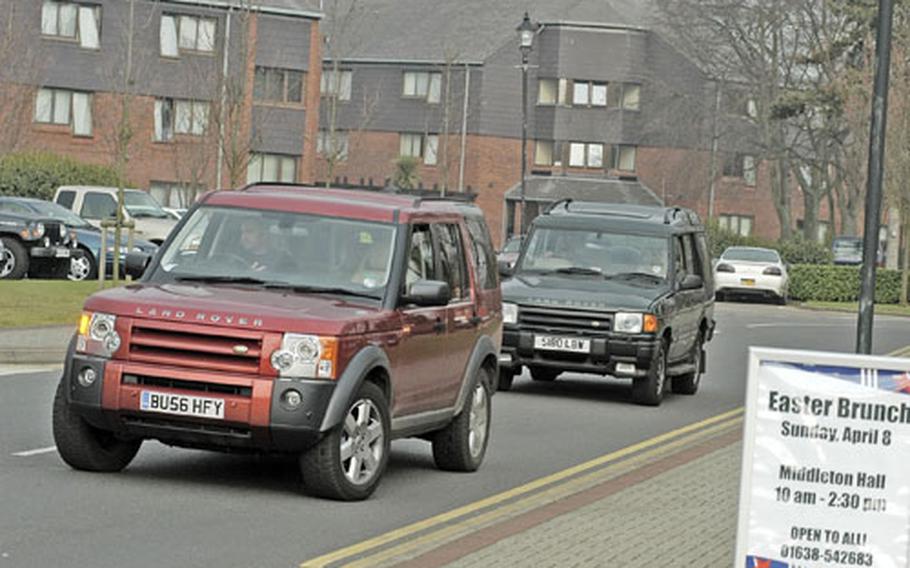 Two Land Rovers leave RAF Mildenhall. If registered on or after March 23, 2006, some sport utility vehicles can cost their owners $600, thanks to an increase in the U.K.&#39;s annual road tax. (Bryan Mitchell / S&S) 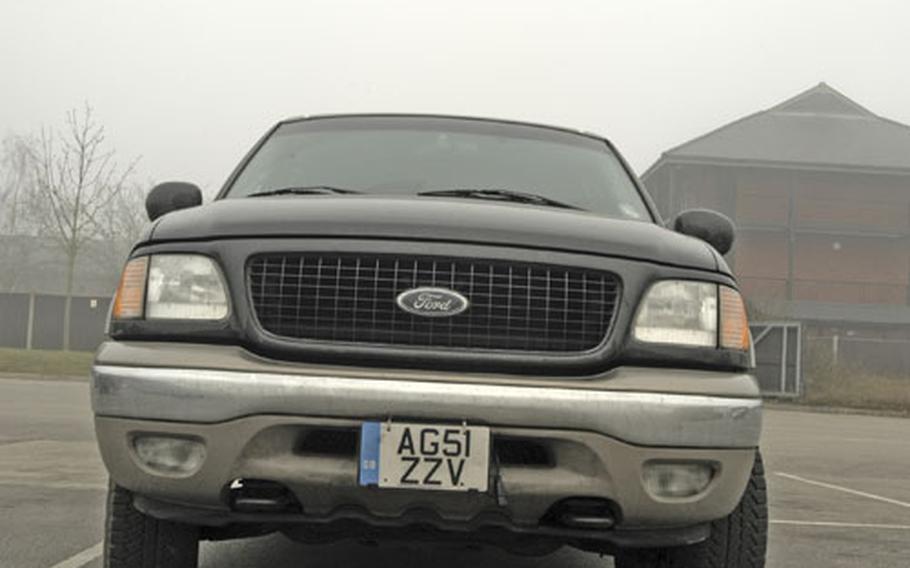 A Ford Expedition is big, and it will cost owners nearly an extra $200 to pay for British road tax following an increase in taxes. (Bryan Mitchell / S&S)

RAF MILDENHALL &#8212; American motorists who register sport utility vehicles or European-spec cars with high emissions in the United Kingdom on or after March 23, 2006, will have to pay 300 pounds ($600) to cover an increase in road tax.

News of the 95-pound increase came last week, when Britain&#8217;s Chancellor of the Exchequer Gordon Brown announced an increase to road tax fees, according to the Driver and Vehicle Licensing Agency.

Vehicles registered prior to that date will be required to pay 205 pounds ($410) in road tax, according to the DVLA.

Most motorists will see only a slight increase in road tax fees &#8212; from 5 pounds for an average sedan to 4 pounds for motorcycles. However, servicemembers who arrived in England since March 23 of last year and drive either European-specification vehicles or larger SUVs &#8212; basically any vehicle that emits more than 225 grams per kilometer of carbon dioxide &#8212; will be subject to the increase in road tax fees.

A recent change in pay and reimbursements, however, should help Americans stationed in the already-highly taxed United Kingdom avoid much of the financial burden.

Last year, the Air Force announced that it was decreasing the amount of individual servicemember&#8217;s cost of living allowance, but that it would reimburse airmen for the cost of road tax on one vehicle per family. That change made news of the increase less troublesome for airmen who drive SUVs.

Belinda Keller, who drives a Chevrolet Tahoe, said she hopes the increase won&#8217;t cause the Air Force to rescind its offer to reimburse airmen for road tax.

Keller, like many drivers of SUVs, said the security of the larger vehicle far outweighs any economic drawback.

Shirley McCarter, who carts her three children around in her Ford Expedition, also said safety motivated her family&#8217;s decision to drive a larger SUV.

McCarter said the increase in road tax would not affect her family&#8217;s decision on what vehicle to drive.

Dollar, Keller and McCarter won&#8217;t be affected by the change because of their arrival in England prior to the cut-off date, but there are scores of Americans who will arrive for duty in England and be greeted with the $600 road tax bill and the reimbursement process.

The increase will also affect new-car sales on the Army and Air Force Exchange Service lots, according to salesman Jason Burchett.

He said the fact that the dealership covers the first year&#8217;s road tax may entice some potential buyers, but that the move to heavily tax larger vehicles will hurt sales.

Here is how the road tax is broken down, with the band, carbon dioxide emissions, and what the tax is. The tax can be broken up into two payments a year or paid in one installment, except under band B.

One of Britain’s chief organizations representing motorists has accused the government of casting too wide a net in its new road tax initiative and unfairly penalizing larger families.

The Automobile Association said about 400 vehicles will be included in the highest tax band, which includes all vehicles that emit more than 225 grams of carbon dioxide per kilometer driven.

“We’ve ended up in a situation where a tax for so-called ‘gas-guzzlers’ will adversely impact scores of motorists unfairly,” said AA spokesman Luke Bosdet. “This will be a very bad thing for families with several children who have no choice but to drive larger vehicles.”

Bosdet said the AA aggressively petitioned Chancellor of the Exchequer Gordon Brown to raise the threshold on the highest tax level to 250 grams of carbon dioxide per kilometer.

As it is, the current emissions threshold means that many minivans, vans, sports cars and even top-of-the-line Minis will face the 300-pound ($600) road tax. He said motorists who are unsure if their vehicle is affected should visit www.vcacarfueldata.org.uk.

Bosdet said the increase in road tax is part of a larger government campaign against higher-polluting vehicles.

“In recent years, there has been a sustained and prolonged attack on what Londoners refer to as ‘Chelsea tractors,’ ” Bosdet said, using the pop culture euphemism for sport utility vehicles popular in London’s upscale neighborhoods. “It’s almost seen as a type of class warfare.”

And there’s no end in sight, he warns.

The AA expects the 300-pound road tax to increase to 400 pounds ($800) next year and for more local municipalities to tie the cost of residential parking permits to the amount of emissions vehicles produce.

The AA railed against plans by one London council to increase parking fees by 200 percent for the same vehicles that face the highest road tax.

“A lot of councils are trying to look as green as they can, and increased taxes is their plan,” he said. “It’s a charge for having the car standing still with the motor turned off, and we simply don’t agree with that policy.”