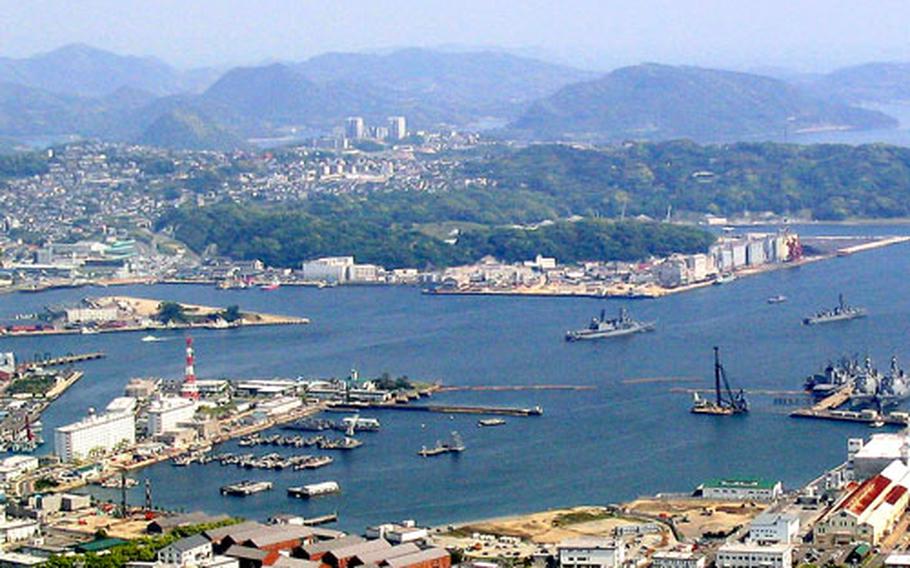 A view of Sasebo Naval Base’s Juliet Basin from the top of Mount Yumihari shows the body of water lined by base facilities. (Greg Tyler / S&S)

A view of Sasebo Naval Base’s Juliet Basin from the top of Mount Yumihari shows the body of water lined by base facilities. (Greg Tyler / S&S) 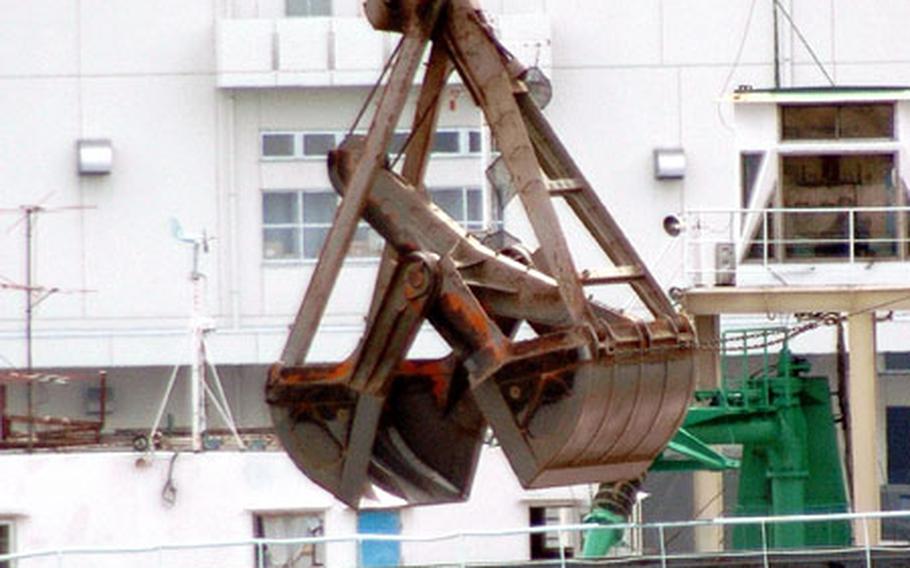 Dredging has begun in Juliet Basin to create a deep-water draft to allow large ships to navigate into the basin while in port. (Greg Tyler / S&S) 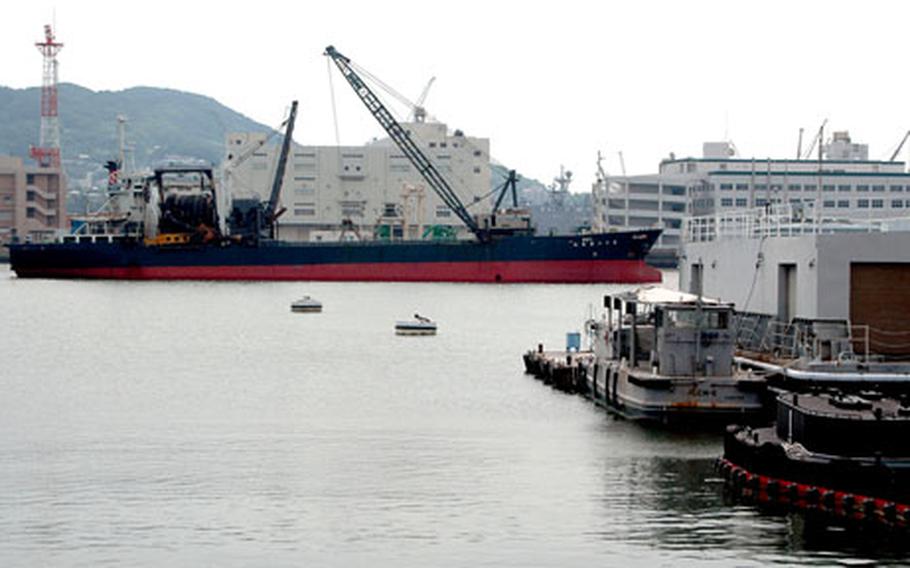 The government of Japan is paying for the dredging project and doing the work, which is slated for completion in 2010. (Greg Tyler / S&S)

SASEBO NAVAL BASE, Japan &#8212; That barge dredging hunks of earth from the bottom of Juliet Basin in recent weeks is the opening phase of a Japanese government project that in five years should leave Sasebo Naval Base able to house two more USS Essex-sized ships &#8212; and decrease India Basin crowding.

The barge is increasing the harbor depth to 36 feet, to allow large ships to enter. The dredging is one segment of a project the Japanese government began in 2003, to be completed by 2010. The $188.7 million project will create a wharf in Juliet Basin able to berth two ships the size of the Sasebo-based Essex, said officials with the U.S. Navy and the Defense Facilities Administration Bureau in Fukuoka.

Sasebo&#8217;s two ship-berthing basins &#8212; Juliet and India &#8212; branch off Sasebo Harbor, separated by a thin peninsula. India Basin is deep enough for navigation by most large ships, including the Essex, the largest ship operating from Sasebo.

Juliet Basin now is used only for small-scale port operations.

Seven U.S. Navy ships call Sasebo home. When all are in port, India Basin is crowded &#8212; a condition exacerbated by the location of Sasebo Heavy Industries (SSK), a commercial ship-refitting company, a few yards from the base. It shares India Basin berthing slots with the Navy.

Hideki Tsuji, an official with the city&#8217;s Military Affairs Office, said in a 2004 interview that SSK&#8217;s use of India Basin berthing &#8220;is suspended from time to time due to military activities and the suspensions greatly disrupt the shipyard&#8217;s productive activities.&#8221;

At such times, he told Stars and Stripes then, &#8220;territorial concerns sporadically spark skirmishes&#8221; between the Navy and SSK.

India Basin crowding also causes safety concerns, a DFAB spokesman said: &#8220;Under such circumstances &#8230; it is difficult to secure the safety of the vessels.&#8221;

Upgrading India Basin is not planned, he said.

But the Juliet Basin project will create two berths for use by the Navy &#8220;without any restrictions or impediments,&#8221; said Lt. j.g. Brian Lee Foster, Public Works Department assistant officer.

The Japan Defense Facilities Administration Bureau in Fukuoka is providing construction, oversight and contracting for the project.

The new berthing in Juliet Basin will be 1,657 feet long and 110 feet wide, Foster said.

By comparison, the Essex is 844 feet long and requires a depth of 28 feet to navigate, according to the Naval Vessel Register.