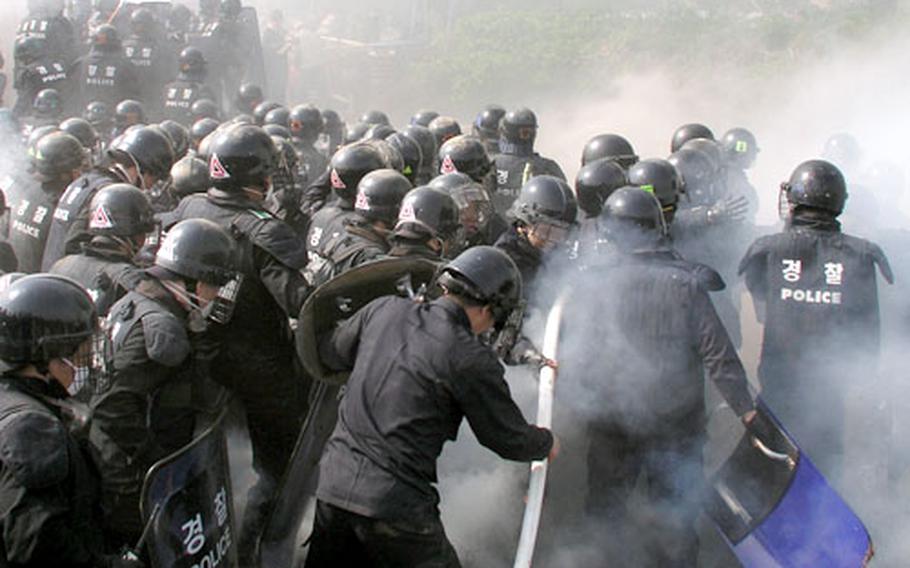 South Korean riot police use firehoses to douse a blaze set in their path Thursday by protesters opposing use of several thousand acres for a planned expansion of Camp Humphreys. (Franklin Fisher / S&S)

South Korean riot police use firehoses to douse a blaze set in their path Thursday by protesters opposing use of several thousand acres for a planned expansion of Camp Humphreys. (Franklin Fisher / S&S) 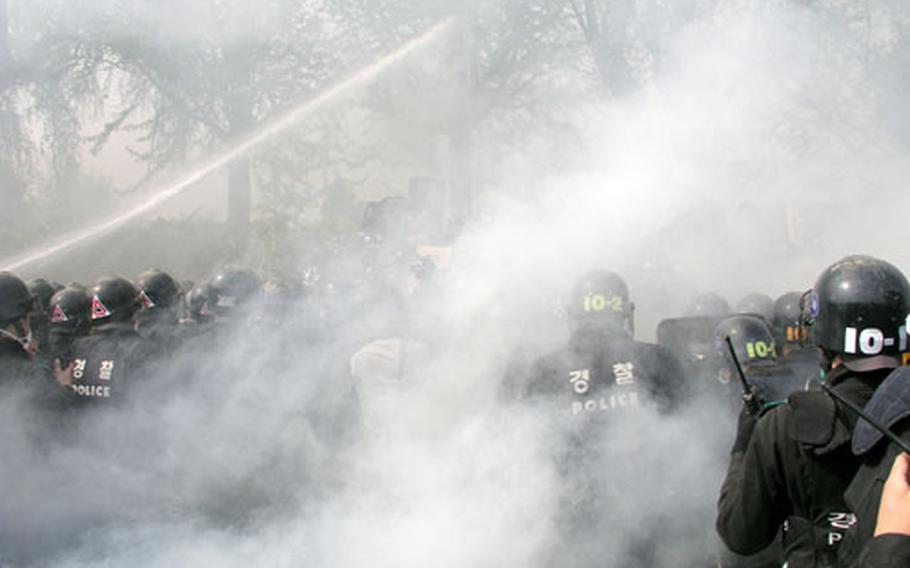 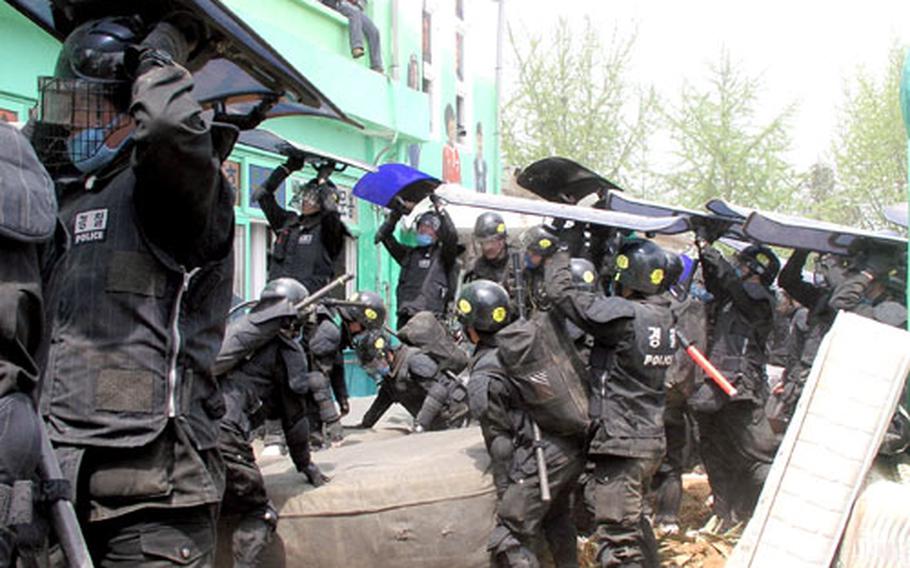 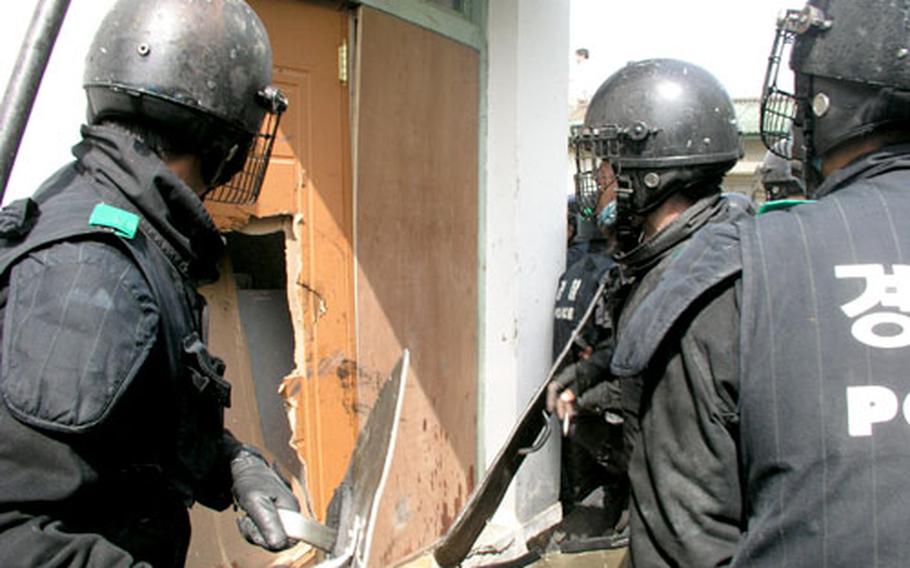 Police use shields to hack through a door of the school in which protesters opposing the use of surrounding land to expand Camp Humphreys had been barricaded for months. (Franklin Fisher / S&S)

DAECHU-RI, South Korea &#8212; Several thousand South Korean riot police using blasts of water and the sheer weight of their numbers stormed a school compound near Camp Humphreys on Thursday and ousted protesters who&#8217;d been barricaded there for months.

The hot, hazy day saw fierce close-quarters clashes in which frenzied protesters who were holed up inside the school smashed out windows and hurled at police whatever objects came to hand, including stools, window frames, paint cans, metal pipes, rocks and bottles. Police countered with riot batons and shields. At several crucial intervals, they trained water cannons and hoses to tumble protesters from their places.

The protesters oppose their government&#8217;s purchase of the 2,328 acres that includes the school compound and the plans to use the land for a Camp Humphreys expansion.

Camp Humphreys is slated eventually to triple in size and become the main U.S. installation on the peninsula under a U.S.-South Korean agreement.

But some local farmers and civic activists had been resisting an order to vacate Daechu-ri, which borders Camp Humphreys, in Pyeongtaek.

A government official called Thursday&#8217;s operation &#8220;fully successful&#8221; and said it ended two situations that had become a thorn in the side of the Ministry of National Defense.

It deprived anti-expansion activists of a makeshift headquarters. And it halted abruptly the rice-planting that anti-expansion farmers had begun earlier this spring. The plantings had aimed to create a potential legal obstacle to the Humphreys expansion because of a court ruling that might bar the government from disturbing the crop once it had grown a certain number of centimeters.

Authorities made several abortive recent attempts to halt the farming and evict the resisters, and they had drawn criticism from sources including the South Korean press and foreign policy experts for not bringing matters under control earlier.

Thursday&#8217;s operation began in early morning, with some units on scene by 2 a.m. or earlier. By 4:30 a.m., long convoys of police buses and construction vehicles, red lights flashing, converged on Daechu-ri from several directions.

Police stormed the compound at 9:17 a.m., were inside the school building by about 10 a.m. and by 5 p.m. the last resisters were in police custody and work crews were beginning to ready the structure for demolition.

While police worked through the day to take control of the school floor-by-floor, room-by- room, workers used backhoes to knock down trees, statuary, scaffolding, basketball backboards and other school playground items. Work gangs also hauled down a long plastic shelter the resisters had used for candlelight vigils and other meetings.

Authorities will keep a guard force in the area, which will be subject to access restrictions common to military installations, South Korean government officials said Thursday night.