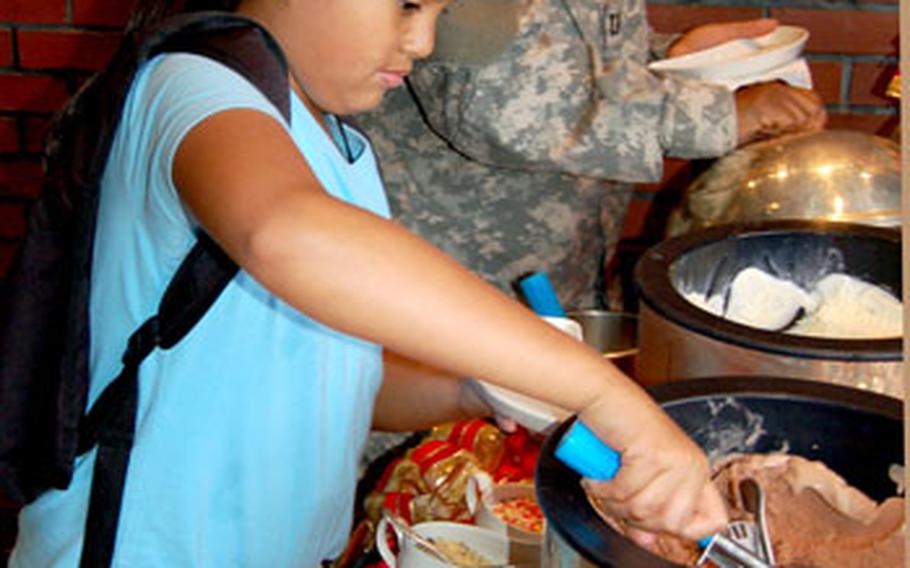 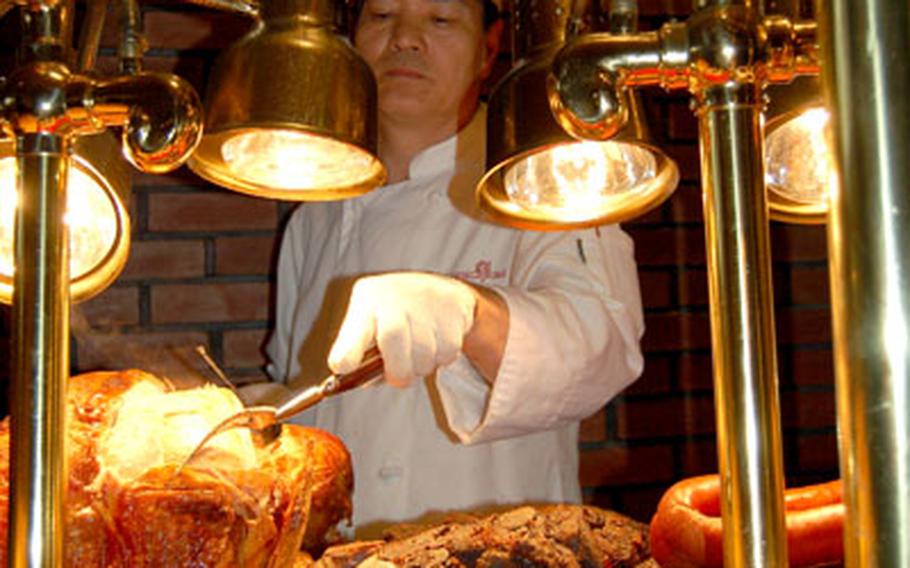 YONGSAN GARRISON, South Korea &#8212; For anyone who eats for fun, the chefs at the Dragon Hill Lodge built a playground Monday and invited everyone to play.

Canapes, sushi, oysters, fruits, cheeses, breads and pastries were available at the 2007 Catering Expo, and it was all free.

For four hours, masses of people milled around the hotel&#8217;s mezzanine floor, sampling &#8212; and sometimes resampling &#8212; the food provided by executive chef Tim Mitchell and his crew of 12.

The event was about more than just feeding the masses, said Dragon Hill Lodge spokeswoman Roxanne Hall. It also was about advertising, she said.

In addition to the more than 350 pounds of food prepared for consumption, the lodge put together displays to show what it can do for conferences, training events, coffee breaks, weddings and receptions.

With enough advance notice, Hall said, there is little the facility cannot provide.

While no kangaroo or alligator graced Monday&#8217;s menu, plenty of happy chow hounds enjoyed everything available.

&#8220;I thought it was very good,&#8221; said Sgt. 1st Class Sharon Hill, 1st Signal Brigade. Hill had planned on going home to cook, she said. But when she heard about the Catering Expo, she chose instead to stuff herself on sausage, ribs and fruit.