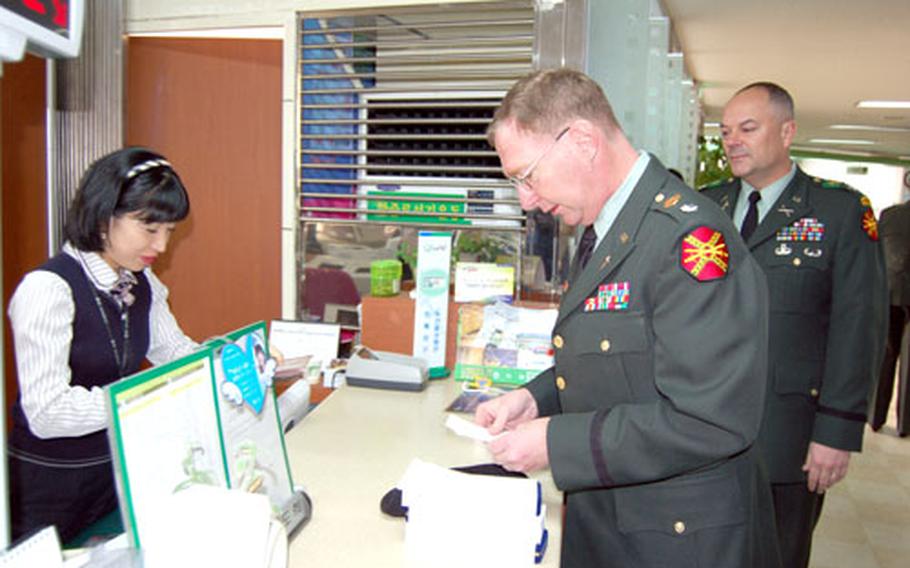 Officials from U.S. Army Garrison Yongsan visited the Taean county mayor&#8217;s office to donate the money, which was collected recently at chapel services at Yongsan Garrison and USAG-Red Cloud.

About 10,500 tons of oil poured into waters off the country&#8217;s west coast Dec. 7, when a barge collided with the Hong Kong-registered supertanker Hebei Spirit.

Suh showed the visitors a video that explained the spill damaged 367 fisheries, 15 beaches and 2,643 tourist-dependent businesses.

In response to the Dec. 7 oil spill off South Korea&#8217;s west coast, members of U.S. Forces Korea have contributed: