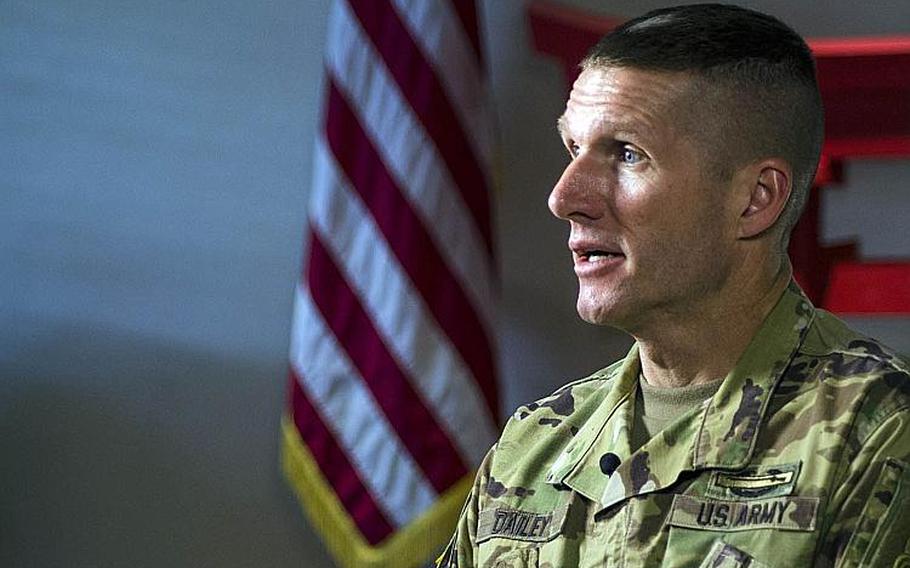 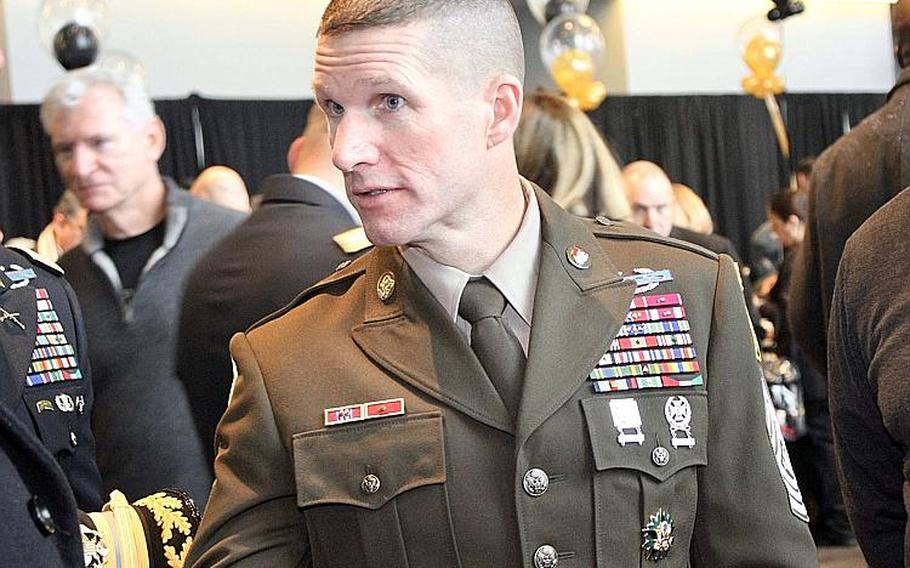 “We’re calling them Army Greens,” the top enlisted soldier told Stars and Stripes during a visit Wednesday to the home of U.S. Army Japan. “Pinks and greens is a World War II nickname.”

The Army officially adopted the outfit, which includes pinkish-brown trousers and dark olive jackets modeled on a design worn in WWII, as its new service uniform earlier this month.

Many consider the outfit to be the sharpest in Army history, and it appears to have support among a large number of soldiers. An Army Times survey found more than 70 percent of respondents favored the idea of returning to the retro-inspired threads.

Officials said the uniform is expected to be fielded to soldiers reporting to their first units beginning in summer 2020, and all soldiers will be required to have the uniform eight years after that.

“This takes time,” he said. “The [Secretary of the Army] has made a decision but there are a lot of steps that have to happen.”

Recruiters will be the first to get the new duds, Dailey said.

“We want to do recruiters first to get that uniform out in the face of the American public,” he said.

A phase-in period will eventually see the uniform worn by all 1.1 million soldiers in the active duty, National Guard and Reserve, Dailey said.

“We also have to give soldiers time to receive that money in their clothing allowances so they can pay for that uniform prior to it being required,” he said.

The service is planning to keep the blue uniforms that the Army Greens replace, Dailey said.

“It will go back to our traditional dress uniform. The green uniform will become the Army service uniform,” he said.

Dailey also had some positive things to say about the Army’s new Combat Fitness Test.

The test, set to become the service’s official measure of troops’ physical readiness by October 2020, is designed to “closely align with what our soldiers have to do in order to accomplish their mission on the battlefield,” he said.

Its six events, which require special gear, are more complex than the running, sit-ups and pushups that they replace, and will take more time to train for and administer “but that’s time well spent,” he said.