Dogs have their day despite Ikego ‘Bark in the Park’ rainout 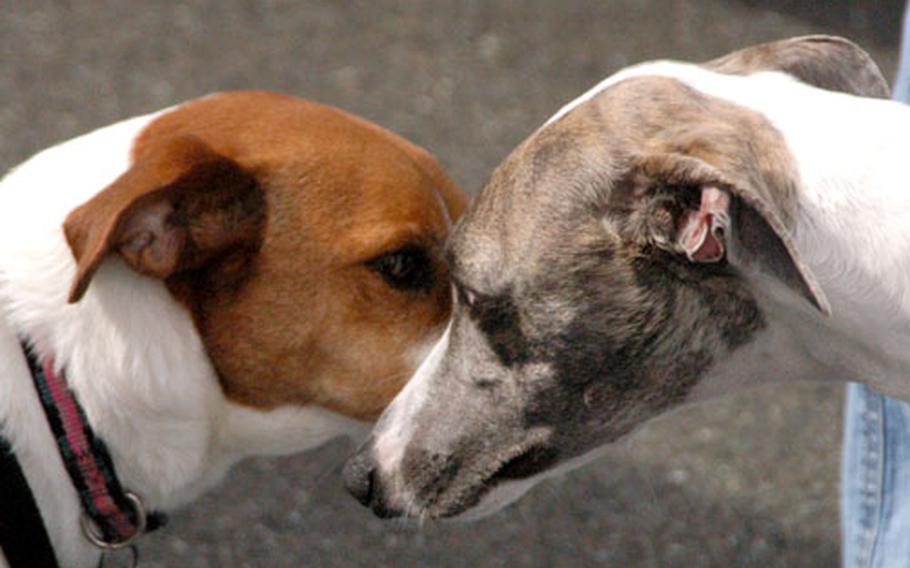 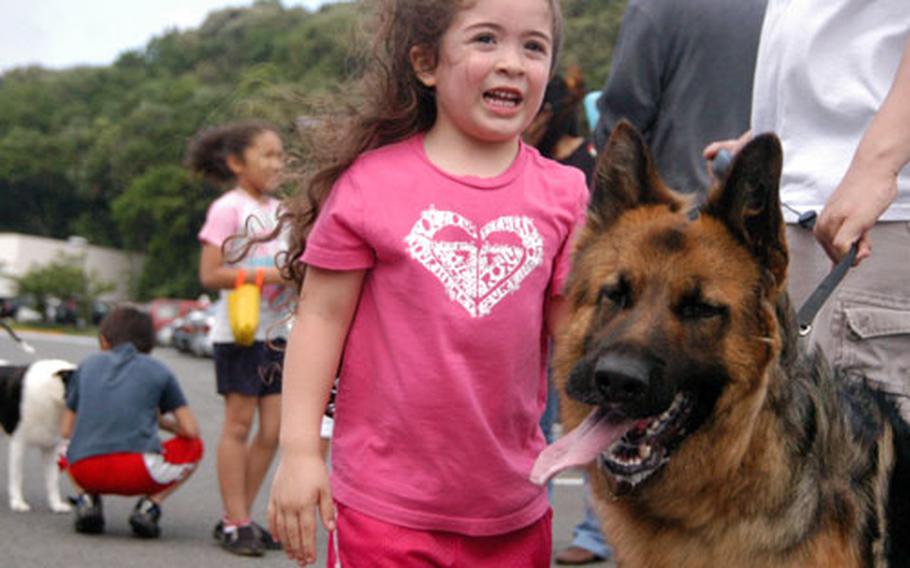 Four-year-old Samarys Bonilla of Yokosuka Naval Base, Japan, brought Gigi the German shepherd to Ikego Housing Area on Saturday for the Bark in the Park event. The event was called off because of rain but plenty of pets and their owners showed up anyway. (Allison Batdorff / S&S) 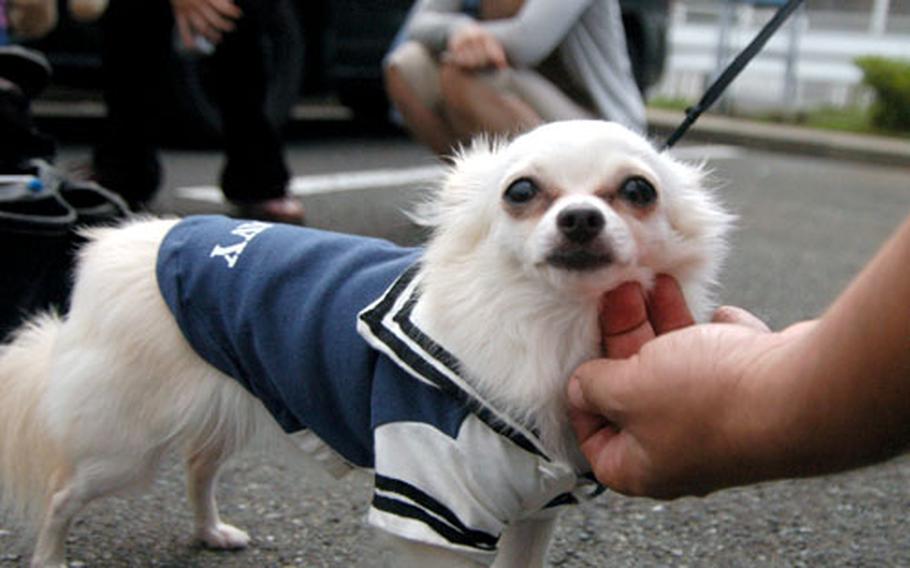 Navy blues come in all sizes, as modeled by Coco the chihuahua at the U.S. Navy’s Ikego Housing Area on Saturday. (Allison Batdorff / S&S)

ZUSHI CITY, Japan &#8212; Coco the Chihuahua has no interest in catwalks. When asked to model her U.S. Navy blues outfit, she promptly lay down on the asphalt.

However, many other dogs and their owners took a turn together around U.S. Navy Ikego Family Housing Area on Saturday, even though the inaugural Bark in the Park event was a wash-out &#8212; literally.

The event, the first of its kind in Yokosuka, was billed as a full-scale Poochapalooza with kids games and dog-eat-dog competitions for the longest and shortest legs and biggest ears. Humans were going to do tricks as well, with barking and bone-eating contests.

Morale Welfare and Recreation canceled the event due to recent heavy rains, which compromised the condition of the ball field. The wet field would be damaged with so many dogs and people on it, explained an MWR representative, who also apologized for not posting the cancellation on the Internet.

But the appointed start time was cloudless and breezy, so dog owners from Ikego, Yokosuka and Negishi made the most of it with a community walk around the housing area. About 20 people brought companions great and small, from miniature Dachshunds and Jack Russell terriers to German shepherds and golden retrievers.

Both bi- and quadrupeds took time to socialize informally after the walk. The enthusiastic turnout shows the concept of Bark in the Park was a fetching one, said the participants, including Yuko Godsey, who brought her two daughters plus Trixie the whippet.