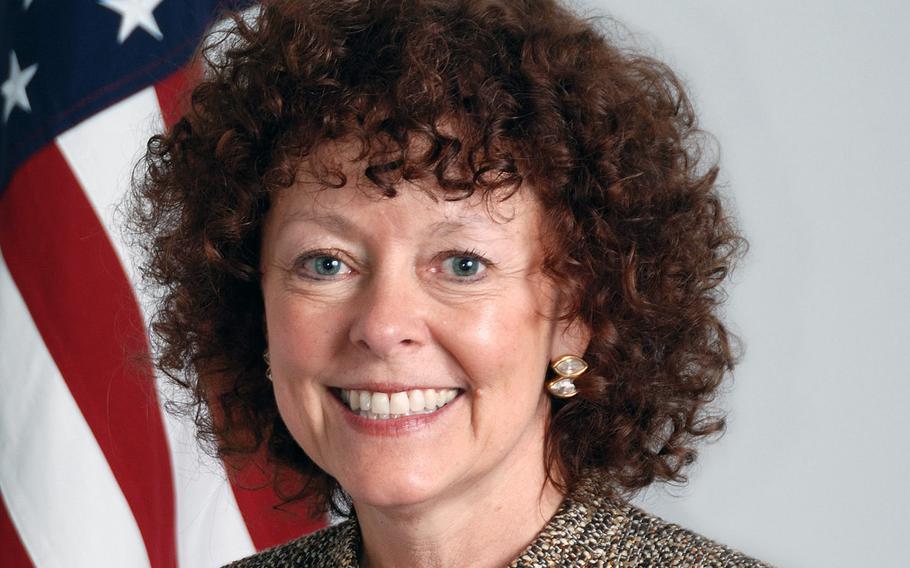 Department of Defense Education Activity has named Dell McMullen as the new director of DODEA schools in Europe. (DODEA)

KAISERSLAUTERN, Germany — Dell McMullen, the leader of one of the largest military school districts in Europe, has been selected as director of Defense Department schools in Europe, school officials announced Thursday.

McMullen, superintendent of the Department of Defense Education Activity’s Kaiserslautern district since 2010, has more than 40 years of experience as an educator and school administrator. She replaces Nancy Bresell, who retired in January from the area director’s job in Europe after a career spanning 37 years in the DODEA system.

Joan Islas — the deputy director for curriculum, instruction and assessment in Europe — had been serving as the interim director.

“I am passionate about serving our nation’s military families, and I am honored to serve” DODEA schools in Europe “during this exciting time in our school system,” McMullen said in a news release.

Thomas Brady, the DODEA director, said in the same news release that McMullen was “a consummate educator and administrator with deep ties to our schools and a steadfast commitment to our students and to military families.”

McMullen steps into the top job in Europe as DODEA begins to phase in “College and Career Ready Standards” — which are known nationally as the Common Core State Standards — starting this fall.

As the Kaiserslautern district superintendent, McMullen was responsible for 20 schools and more than 10,000 students. She was frequently seen at community events, such as town hall meetings, where she represented the local military schools.

McMullen began her teaching career in 1973 with the Muscogee County School District in Columbus and taught upper elementary mathematics, science and physical education until 1979, according to her DODEA online biography. She joined DODEA schools in 1987 as the principal of Frank R. Lloyd Elementary School at Fort Benning, Ga.

Later on, she was selected as the district superintendent of DODEA’s Georgia/Alabama District.