DODEA selects Heidelberg's Minette as principal of the year 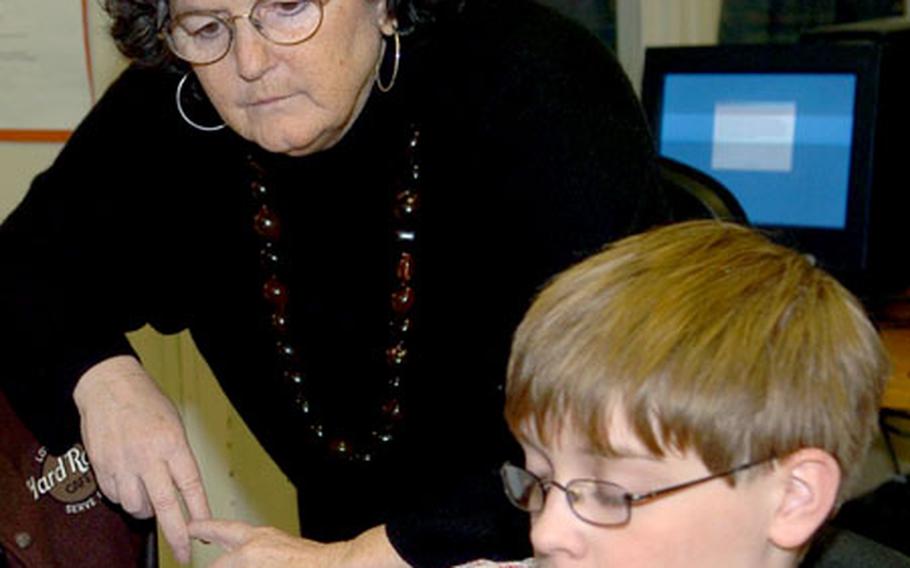 HEIDELBERG, Germany &#8212; Ellen Minette wasn&#8217;t sure she would get the nod, but she knew she was in the running for the award this time around.

In the past, all the ingredients seemed to be there. The Heidelberg Middle School principal had a supportive staff, good pupils and rising test scores. And yet her packet, in a sense, lacked one key element: an application.

And, it could be said, her ego is even better now that the Department of Defense Education Activity has selected Minette as its 2006 principal of the year for middle and high school.

The selection qualifies the 59-year-old Minette for the National Principal of the Year award that will be announced this spring. The award is co-sponsored by the National Association of Secondary School Principals and the Metropolitan Life Insurance Company.

Lynn Mattingly, a Heidelberg Middle School counselor, said Minette fosters a nurturing environment that helps promote learning. Minette, for example, likes to walk the halls and chat with pupils between every class.

That attitude was put to the test this past fall following the death of seventh-grader Maurice Long. The 12-year-old was atop a nonmotorized scooter when he grabbed hold of a moving truck in the high school homecoming parade, then fell under its wheels.

Roughly 100 of the 650 pupils at Heidelberg Middle School have a parent in Iraq. Given that fact, Minette said, teachers and administrators need to sometimes teach in ways that aren&#8217;t always textbook.

Minette characterizes Heidelberg as an upper-middle class community, in part, because it includes headquarters&#8217; personnel from U.S. Army Europe. So the Americans assigned to Heidelberg place a premium on knowledge, and that affects the entire community, especially the schools.

In capitalizing on that culture of excellence, she says, she challenges her 55-member staff, as well as herself, to improve each year.

One example Minette gave pertained to the annual standardized tests. Scores were strong, she said, but somewhat stagnant. Without going into detail, Minette realigned classrooms, advocated flexible class schedules and empowered her teachers. In the past four years, test scores, especially in the lower percentile, have risen and disciplinary problems have dropped significantly, she said.

The way Minette looks at it, there are 240 minutes in a school day. In that time, she wants pupils to embrace one of her favorite mantras: &#8220;What you are learning is important. You can do it. And I will never give up on you.&#8221;