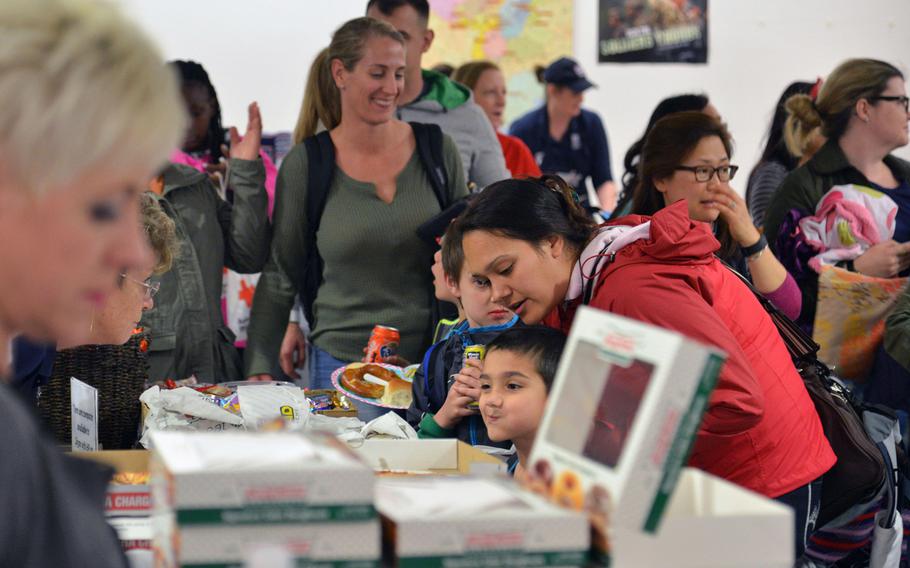 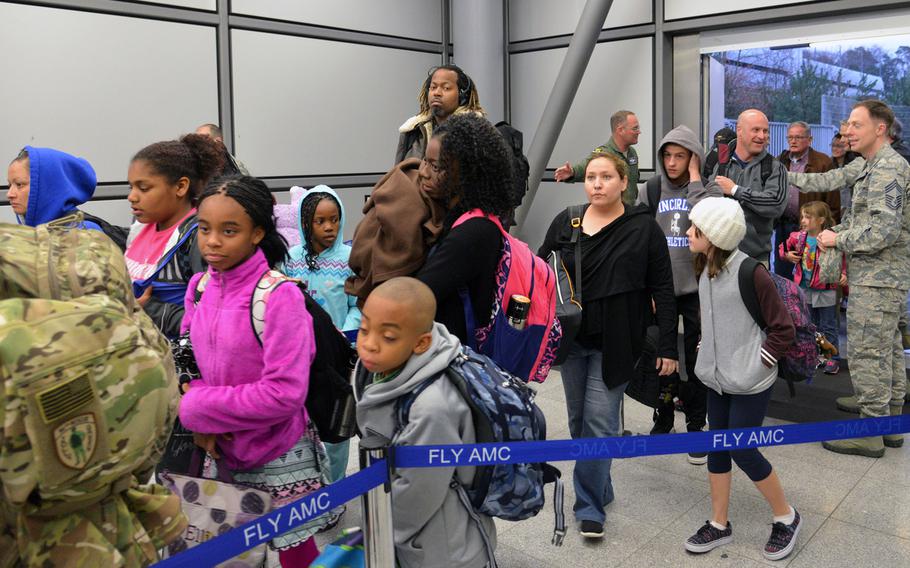 Dependents from Incirlik Air Base, Turkey, arriving at Ramstein Air Base, Germany, stand in line at passport control, on Thursday, March 31, 2016. They were on the fourth flight out of Incirlik, with one more due late Thursday night and one Friday. (Michael Abrams/Stars and Stripes)

KAISERSLAUTERN, Germany — U.S. military schools in Germany are preparing this week to welcome about 70 new students displaced from their schools in Turkey after military families were forced to leave the country because of growing security fears there.

Most of the incoming students, school officials said, are expected to be placed at the Kaiserslautern schools, where teachers were encouraging current students on Wednesday to welcome their new classmates.

The students were expected to start school this week, officials said, some less than a day after arriving in Germany.

“We’re prepared to receive students as they come in and get them back into class as quickly as possible,” said Will Griffin, Department of Defense Education Activity-Europe spokesman.

A handful of students and their families will be housed and schooled at the Army’s installations in Wiesbaden, Griffin said.

School for the 250 some students at Incirlik Elementary/High School has been disrupted since early March, when classes were halted and the school was shut because of security fears. Classes began Monday at separate buildings on base, but that effort was cut short when families were abruptly ordered to leave.

The first group of families from Turkey arrived at Ramstein Air Base on Wednesday afternoon, a day after the State and Defense departments ordered the immediate, mandatory departure of families of U.S. military and civilian personnel from Incirlik and the smaller bases of Izmir and Mugla. The families of U.S. diplomats in the same areas were also ordered to leave.

About 670 dependents were expected to be evacuated, along with 287 pets.

Hartnett said the entire operation was expected to be “wrapped up shortly,” though he couldn’t say how soon.

A team of personnel was set up at the passenger terminal on Ramstein to receive families and assist them with such matters as on-base hotel reservations, customs procedures and onward travel reservations, base officials said.

Families were given the option of having their household goods shipped from Turkey, U.S. European Command said, since it’s unlikely they’ll be returning to the country in the immediate future.

The security situation in Turkey has been deteriorating in recent months as Turkey has been hit with a series of terrorist attacks, including high-profile bombings in Istanbul, Ankara and southern Turkey. Defense Department personnel and their dependents in Europe are restricted from traveling there.