DODEA school at Incirlik, closed since March 9, may reopen next week 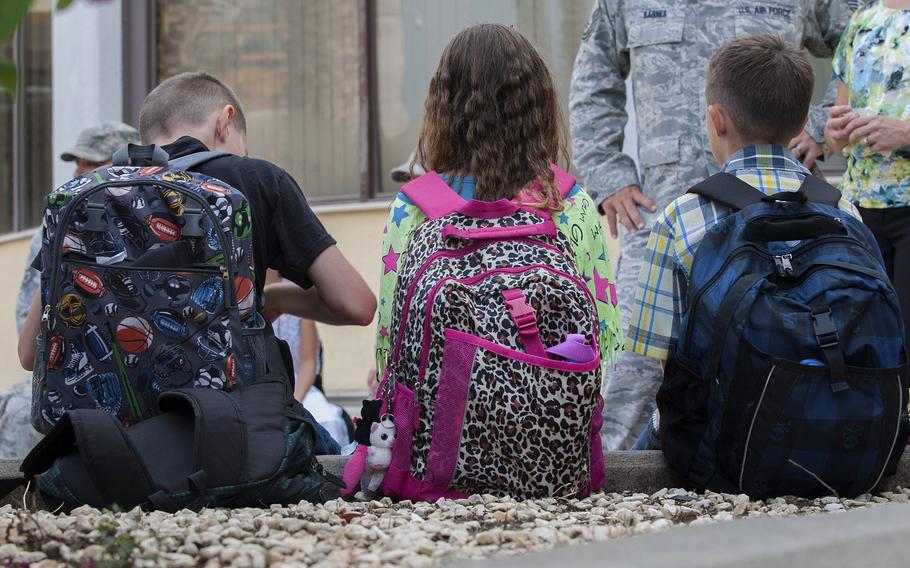 Children sit and wait to start their first day of school Aug. 26, 2013, Incirlik Air Base, Turkey. Classes at the school have been suspended since March 9, 2013, a day before the base was placed on complete lockdown. Classes could resume next week. ( Nicole Sikorski/U.S. Air Force )

KAISERSLAUTERN, Germany — Defense Department school students in Incirlik, Turkey, could return to class next week, almost three weeks after the base decided to close the school over force-protection concerns.

Force Protection Condition Delta usually applies in the immediate area of a terrorist attack or when intelligence has been received that terrorist action against a specific location or person is imminent, according to Air Force antiterrorism experts. With the higher force-protection condition, all U.S. military personnel at Incirlik “are on lockdown,” said Master Sgt. Jess Harvey, a spokesman for U.S. Air Forces in Europe–Air Forces Africa. “They’re all required to stay on base.”

The decision to suspend classes for some 280 students at Incirlik Elementary/High School — which includes pre-kindergarten through grade 12 — was made by the installation commander, Air Force and school officials said Thursday.

People familiar with the school, who were unauthorized to speak on the record, said classes were expected to resume next week at locations on base other than the current school building.

It’s not certain whether the school will open again this school year. But Harvey called the closure “a temporary measure.”

“Everything they’re doing right now is just a safety precaution to keep the people safe,” he said.

Students and teachers are still required to complete schoolwork in the interim.

“They’re finding creative ways to get these students through the end of the school year,” Harvey said.

Those range from “packets of work sent home to online and virtual solutions,” said Will Griffin, Department of Defense Education Activity-Europe spokesman.

Griffin said that school safety and security officers coordinate with command officials to review anti-terrorism procedures and measures so they can ensure that school employees, students and parents are aware of what to do in an emergency.

“At the end of the day, what’s most important to us is the safety and security of our students,” he said.

Turkey has been hit with a series of terrorist attacks in recent months, with high-profile bombings in Istanbul, Ankara and southern Turkey. Last week, the State Department issued its latest travel warning for Turkey, advising of increased threats from terrorist groups and urging U.S. citizens to avoid traveling to the country’s south.

Incirlik is located in Adana, one of the largest cities in Turkey, in the country’s southern region.

The U.S. European Command has had a continuing travel restriction to the country, where visits require general officer approval.