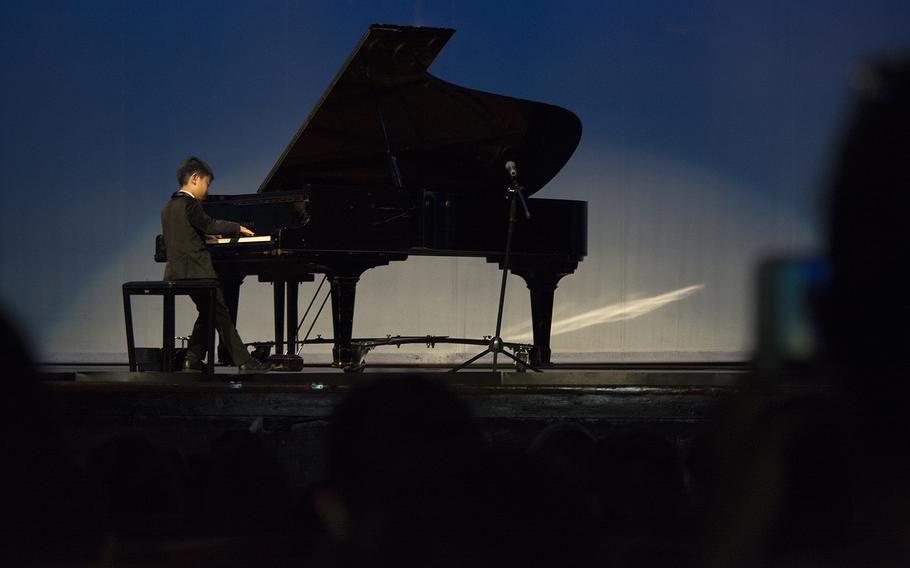 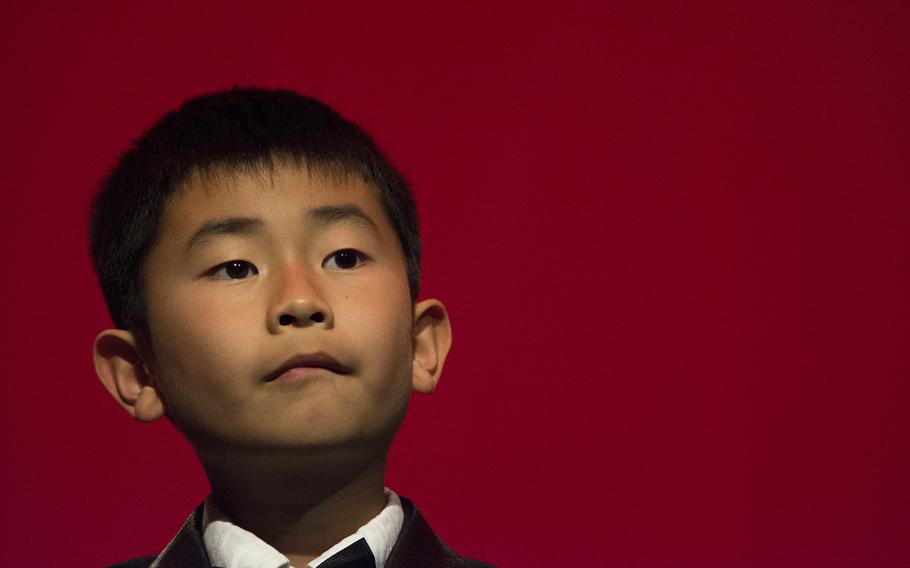 Hayden Lee, 9, a third-grader at Zukeran Elementary School on Camp Foster, Okinawa, has been winning piano competitions around the world, despite playing the instrument for only two years. (Carlos Vazquez/Stars and Stripes) 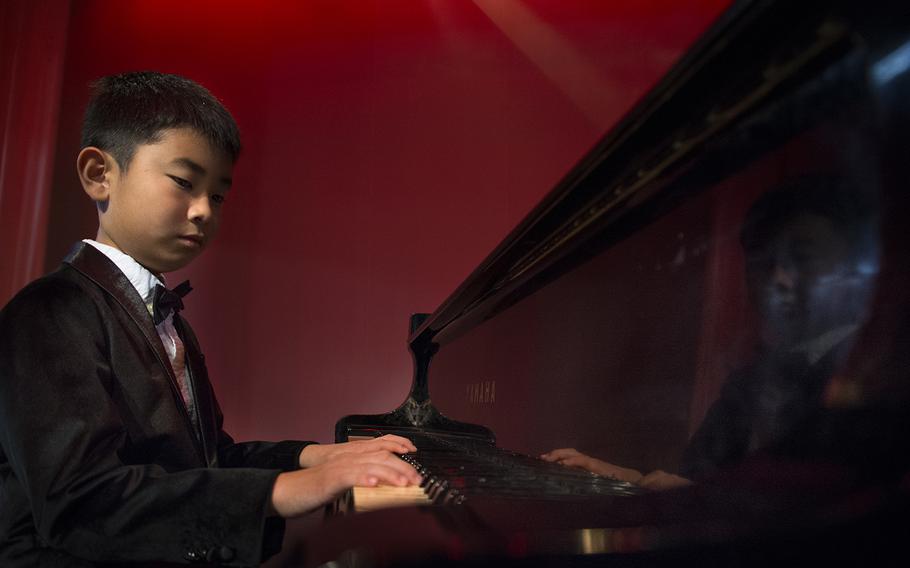 Not bad for a third-grader.

Hayden Lee recently showed off his talents for parents and students at his school, Zukeran Elementary, and Kubasaki High School, both under the Department of Defense Education Activity at Camp Foster. He received standing ovations.

“To me, I think that the keys … are like shapes and colors,” he told Stars and Stripes on June 12.

Lee and his parents, Naomi and Stephan Lee, a civilian working for Navy Federal Credit Union, recently moved from Hawaii to Japan’s southern island prefecture. Hayden’s parents have backgrounds in math and science, but neither had any musical inclinations, they said.

Hayden’s musical journey started at age 3, when his parents enrolled him in piano lessons at the University of Hawaii. His tutelage did not last long due to his inability to stay still at such a young age, Naomi Lee said.

At 6 years old, Hayden became re-inspired to learn piano after watching an older cousin playing a keyboard, his mother said.

“He got excited and after she left he started telling me that he wanted to play piano,” Naomi Lee said. “So, we went to the piano shop, not for shopping, but to see if he’d like the real piano.”

Hayden started to play works by Bach from memory at the store and impressed the piano shop’s assistants, she said. His parents eventually purchased an upright piano for him to play at home.

Following the steps of a pianist he saw on YouTube, Hayden began to develop the technique of visualizing shapes and colors to play songs by ear.

“My husband and I were asking each other how he did it,” Naomi Lee said. “He listened [to a composition on YouTube] every day, he memorized it and he played it.”

Hayden’s first piano teacher while in Hawaii, Akiko Sanai, taught him for about two years. She remembers him being at about the same level as other students when he started out.

“My teaching technique is not different from other teachers,” she told Stars and Stripes in an email. “My demand gets high for students who have potential to play at high standards; Hayden was one of those students.”

Soon, Hayden was receiving invitations to perform and compete at prestigious venues around the world.

Shortly before moving to Japan, he played in Rome, where he won first place in the Grand Prize Virtuoso International Music Competition, and also performed at Teatro Studio at Parco della Musica.

Those performances led to invitations for him to play in March at Weill Recital Hall at Carnegie Hall in New York City during the Golden Classical Music Awards International Music Competition, where he won first place.

“There is no limit,” Sanai said. “I think he will be who he wants to be and do what he wants to do with piano.”

In his two years playing piano, Hayden has won a stack of awards, including first-place showings at the Great Composers Competition, the International Internet Music Competition and The Art of Piano competition, in addition to the Golden Classical Music Awards in New York.

Hayden says he owes much of his success to “practice makes perfect.”

“You should always practice and never get distracted,” he said. “You can’t just snap and just learn something.”

Despite all the hard work, Naomi Lee said her son is just like any other kid.

“When you see him, meet him and talk to him, he’s a regular 9-year-old boy,” she said. “But he loves music; he loves piano.”