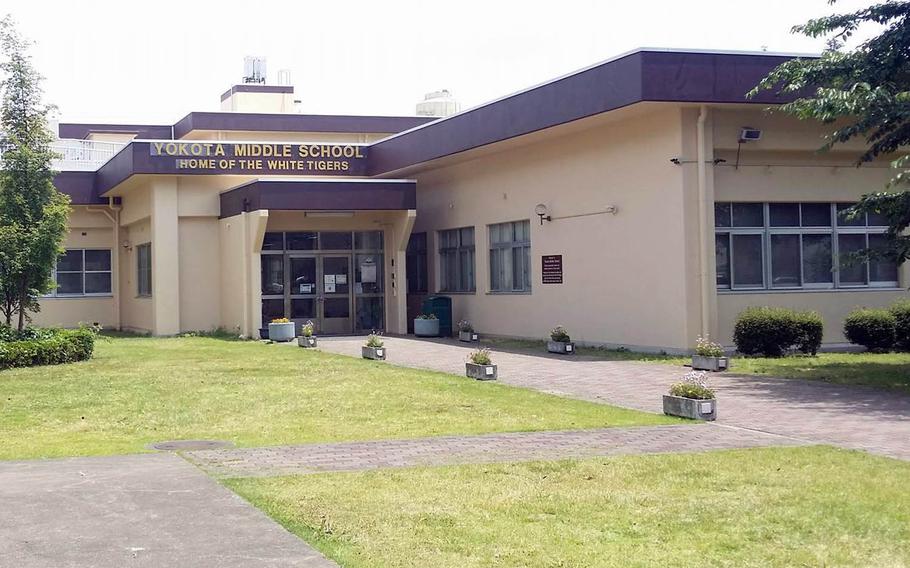 A team from accrediting agency AdvancED recently visited the 19 schools in Department of Defense Education Activity's Pacific East region and reported that all had outperformed national averages. (Leon Cook/Stars and Stripes)

YOKOTA AIR BASE, Japan — Some Department of Defense Education Activity schools in the Pacific received high marks from a team of evaluators who toured the region last month.

The team, from accrediting agency AdvancED, visited the 19 schools in the Pacific East region and reported that all had outperformed national averages.

“We’re very happy with the results, and it’s a real credit to the men and women in the classroom and a wonderful validation of the work they do every day,” Pacific East superintendent Steve Bloom said in a phone interview.

AdvancED, which works in 40,000 schools with more than 20 million students, grades schools on teaching and learning, leadership capacity and resource utilization.

The results show a turn-around at Zama American High School, which, in 2012, became the first DODEA school to be placed on probation since accrediting agencies began evaluating them in 1945.

School officials responded by correcting the “obstructive and negative climate perpetuated by an intimidating, manipulative minority of staff members” identified in AdvancED’s 2012 report.

By 2013, the high school, which educates children stationed at Camp Zama and nearby Naval Air Facility Atsugi, had regained full accreditation.

Zama principal Louis D’Angelo said only three staff members who were teaching at the time of the probation are still at the school.

“Independent of where Zama American High School stood five years ago, today we are a school committed to providing a rigorous and quality education,” he said in an email.

“Zama is as symbolic as any of the 18 other schools that were accredited by AdvancED — all in pursuit of continuous improvement and collectively raising student achievement,” he said.