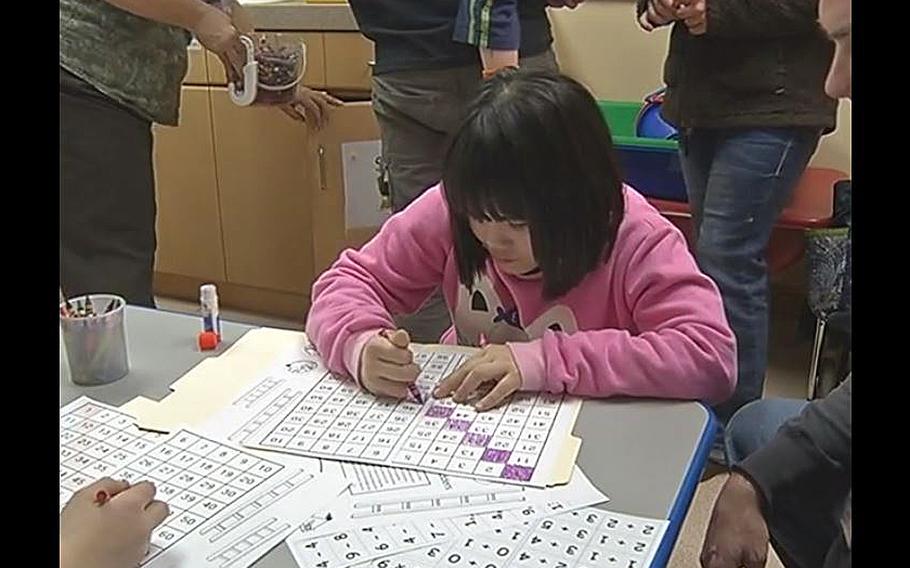 Students at military-run schools were among the top performers in this year’s national reading and math assessment, known as the “Nation’s Report Card.”

Fourth- and eighth-grade students within the Department of Defense Education Activity scored higher on average in reading proficiency than their peers across the nation, tied only with Massachusetts and New Hampshire, according to results released this month from the National Assessment of Educational Progress.

Fourth-grade math scores in DODEA schools ranked second in the country, tied with seven other states, while gaps between white and minority students remained among the lowest nationwide, a likely result of DODEA’s unique student population.

“We are pleased to be among the top performing states in the nation on the NAEP assessments for fourth- and eighth-grade reading and mathematics,” DODEA Director Thomas Brady said in a statement.

A yardstick for K-12 subject knowledge, the assessment on reading and math proficiency is administered to fourth- and eighth-grade students every two years. The results are frequently cited to compare school systems and judge student aptitude nationwide.

Math scores slipped nationwide this year for both grades, and they also fell for eighth-grade reading. Reading scores in grade 4 remained statistically unchanged.

The assessment showed room for improvement elsewhere, including proficiency in certain subjects. The percentage of eighth-graders considered at or above proficiency in math remained flat. DODEA schools also showed low rates of advanced proficiency in grade 4 math, especially when compared to other top performers on this year’s test.

DODEA runs 172 schools for children of military and civilian personnel stationed worldwide with the Defense Department. Although it faces challenges unique to a military population, including stresses caused by parental deployment and the turmoil of regular family moves, DODEA also benefits from its demographics.

Sandra Embler, DODEA research and data chief, said the system’s schools don’t see the extremes of other districts across the U.S. DODEA schools are evenly integrated, meaning achievement gaps are less likely to show up by racial groups. Families have almost identical benefits and support systems because of their common connection to the military.

“I guess all our students are a little bit more toward the average,” Embler said. “When you don’t have extremes, the differences between them are smaller than when you have these extremes between wealthy and poor.”

Brady said in the statement that he was pleased with the system’s progress in recent years and the increased testing participation by students with disabilities.

Improving math instruction and curriculum has been a particular focus for DODEA. Three years ago, the high school math curriculum was expanded and began requiring students to complete four math credits in order to graduate.

The system is also in the process of changing its curriculum to align with Common Core standards, which have generated criticism across the U.S.

SAT math scores among high school seniors in the system remain lower than national averages, although DODEA has closed the gap in recent years.