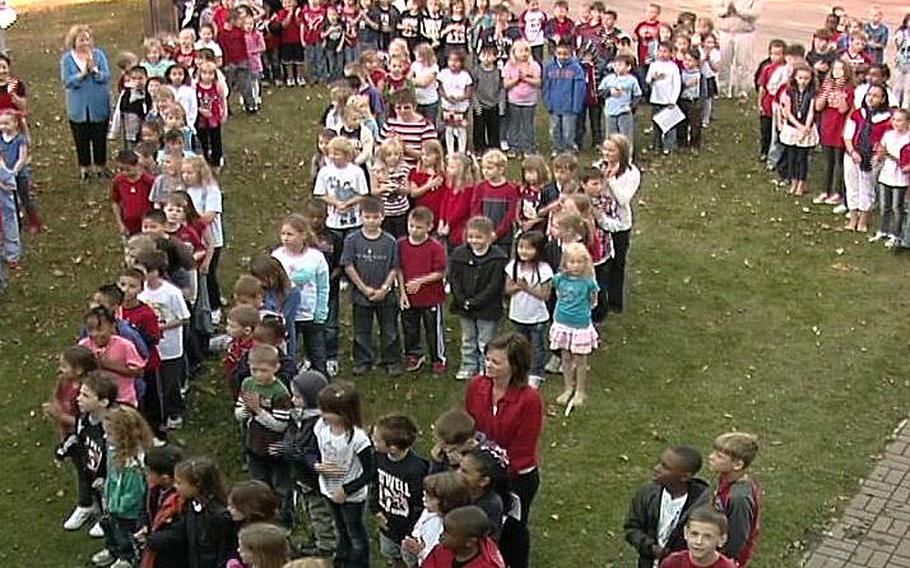 RAF LAKENHEATH, England — After changing what schools some children would attend this year, Department of Defense Dependents Schools officials gave parents a chance to appeal at a town hall meeting Thursday on RAF Lakenheath.

Frank Roehl, Isles District superintendent, released a letter this week announcing that first- through fifth-grade students living on RAF Mildenhall and kindergarten through first-grade students living in the Beck Row and Holywell Row communities will attend Feltwell Elementary instead of Lakenheath Elementary. At most, the move is anticipated to affect about 60 students.

For parents unhappy with the switch, Roehl said DODDS considers exemptions to school assignments. He offered copies of the exemption form to interested parents, but explained that the change would prevent overcrowding at Lakenheath Elementary and help maintain adequate student-teacher ratios.

“I urge you … to make a good choice for your family, keeping in mind the solution that we’re trying to impose here is impacting a lot of people,” Roehl said.

Roehl said they hoped to contact everyone about the status of their exemption request by about noon Saturday. He said on Friday they had received approximately 16 exemption requests and had granted all of them because enough people accepted the rezoning to Feltwell Elementary.

Busing concerns were often mentioned at the meeting. Feltwell Elementary is about five miles farther than Lakenheath Elementary. Roehl said that some students will get a shorter ride in the afternoon by attending Feltwell. When these students went to Lakenheath, they had to wait for two other schools to get out before their bus ride home could begin.

Some parents were content with their children attending Feltwell Elementary. Jason Young, who has one child being rezoned, said he will not request an exemption. He visited Feltwell Elementary and preferred the small-community environment of the school.

Silvia Brestak, however, requested an exemption for her child out of concerns over the bus ride and his sadness with changing schools.

“His heart has kind of been half crushed as it is,” Brestak said.