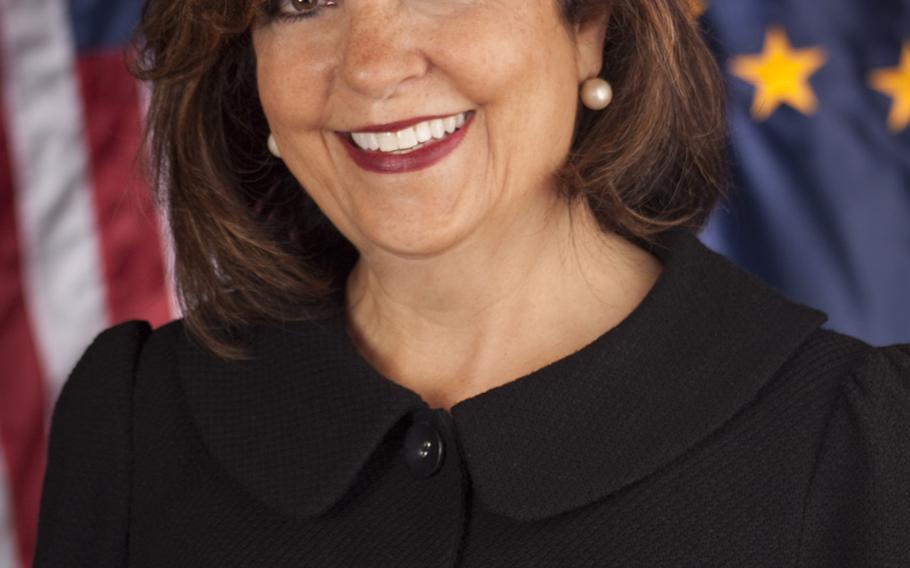 GRAFENWÖHR, Germany — The director of the Department of Defense education arm responsible for the nearly 200 military-run schools at bases across the world has announced her plan to retire in late Summer.

Marilee Fitzgerald notified employees of the DOD Education Activity via email on Thursday that she will leave on Aug. 31. She has served in the position since June 2010, when she replaced disgraced former director Shirley Miles, whom defense officials removed following misconduct allegations. She has served as full-time director since November 2011.

Fitzgerald has been in the news recently with DOD plans to furlough educators for up to five days in the coming academic year as a cost-savings measure in light of defense budget cuts. Most, if not all, DODEA schools will close on each of the five days that its roughly 11,000 teachers, educational aids and support staff are required to stay home, forcing lost classroom time to be wedged into the remaining school year.

Educators and parents have been critical of the plan, which Fitzgerald characterized as a regrettable but necessary decision by DOD. Most of the department’s 800,000 civilians, including as many as 8,000 DODEA employees who aren’t educators, face up to 11 furlough days under current plans. DODEA officials say furloughs for all of their employees will save the department $23 million.

Fitzgerald's retirement ends her nearly 41 years of work in the federal government, she wrote in her email. Before becoming director, she served as DOD deputy undersecretary of defense for civilian policy.

She had worked previously at DODEA, serving as the chief of staff, chief of executive services, chief of staffing and associate director of management, according to her biography.

Fitzgerald’s replacement of Miles, who was fired for nepotism and unprofessional conduct, returned transparency to the directorate, Priser said.

“I think it spoke very highly of Marilee when we had what I would call a crisis of leadership in DODEA that the Pentagon chose her to come in and rectify that situation,” he said. “And I think it speaks highly of what others thought of her abilities.”

Fitzgerald and her staff made themselves available to stakeholders in the education process, said Sharon Gilbert, president of the European PTA, which works with parents and teachers across the Department of Defense Dependent Schools-Europe and DODEA. Gilbert said board members visit DODEA annually in Washington to share ideas.

“We would tell them our concerns, and we would take their concerns to Congress,” she said. “It was a good working relationship.”

Gilbert and Priser said Fitzgerald shared their opposition to teacher furloughs, and Priser recalled Fitzgerald’s reaction when he told her FEA’s position that furloughs should be avoided for their potential harm to students.

“And Marilee told me she totally believed that and would be advocating that with the Pentagon, and I do believe that was her position with the Pentagon,” he said. “I think it’s a shame they didn’t listen to her.”

Fitzgerald said she will continue working until her departure and is not in “retirement mode.”

“It has been an honor and privilege to serve our military families and their children who have sacrificed so much for peace, prosperity, and the freedom we all enjoy,” Fitzgerald wrote in the email. “I have never enjoyed a job more than this one."

On Thursday, three Democratic senators from states with large military constituencies sent a letter to the DOD urging it to shelve plans to close the military-run schools for up to five days.

In a letter addressed to Defense Secretary Chuck Hagel on Thursday, the senators called school closures “damaging” to students and unfair to military families, some of whom have deployed servicemembers. They’ve asked that the DOD exempt teachers from the civilian furloughs.

“Furloughs will harm students and send the wrong message to the men and women who selflessly serve in our military,” said the letter, signed by Sens. Mark Warner, D-Va., Kay Hagan, D-N.C., and Kirsten Gillibrand, D-N.Y. Both Hagan and Gillibrand are members of the Senate Committee on Armed Services.