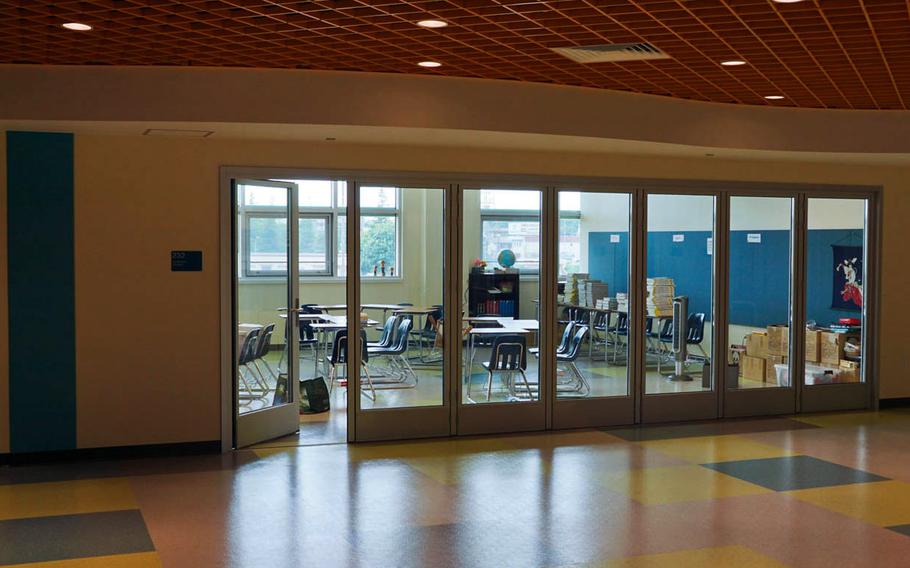 A "learning studio" at the new high school at Yokota Air Base, Japan, features glass walls and large windows that allow natural light into the building. (Leon Cook/Stars and Stripes)

A "learning studio" at the new high school at Yokota Air Base, Japan, features glass walls and large windows that allow natural light into the building. (Leon Cook/Stars and Stripes) 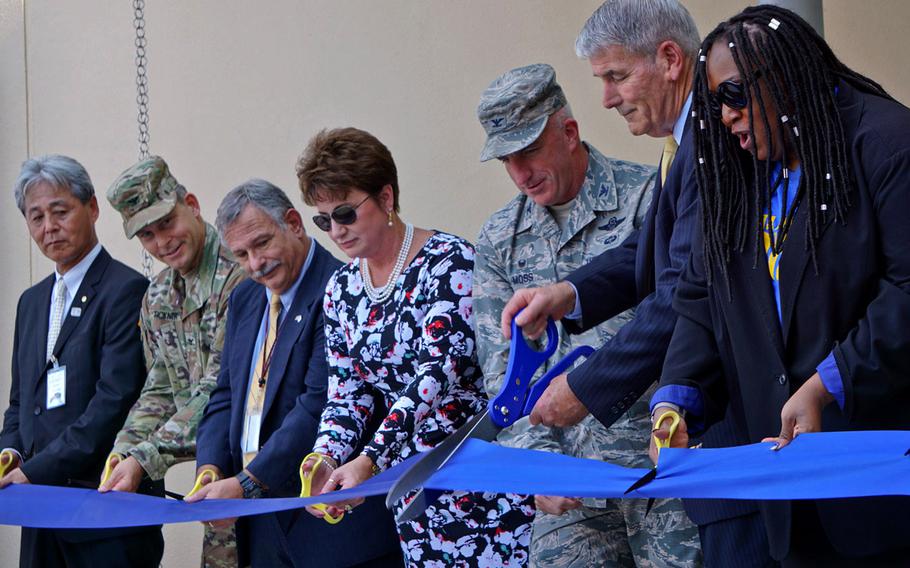 YOKOTA AIR BASE, Japan — Classrooms with moveable glass walls that open to accommodate any number of students are part of a new energy efficient high school building at the home of U.S. Forces Japan and 5th Air Force in western Tokyo.

Yokota High School’s new facility, which welcomed its first students last month, is the second of what the Defense Department calls its “21st Century” schools.

“With 21st century teaching, we’re preparing students to be successful in life, successful as parents, as citizens, and as employees,” Department of Defense Education Activity director Thomas Brady said at a ribbon-cutting ceremony on Monday.

Faculty and students marked the opening by placing items such as photographs and tickets to the school’s first homecoming dance into a time capsule to be opened in 50 years.

The first of DODEA’s 21st-century facilities — Wiesbaden High School — opened on Sept. 14. A new Daegu American High School is in progress in South Korea, and new schools are included in the massive expansion at Camp Humphreys. In Europe, six new schools are under construction with 13 in the design phase.

Like the one in Wiesbaden, the Yokota school is energy efficient and was designed to use natural light as much as possible.

Nearly all classrooms have large windows, and glass walls allow natural light into the hallways. Sensor-based plumbing and lighting are intended to cut waste, and grass and plants on the roof are designed to reduce the amount of rainwater in drains.