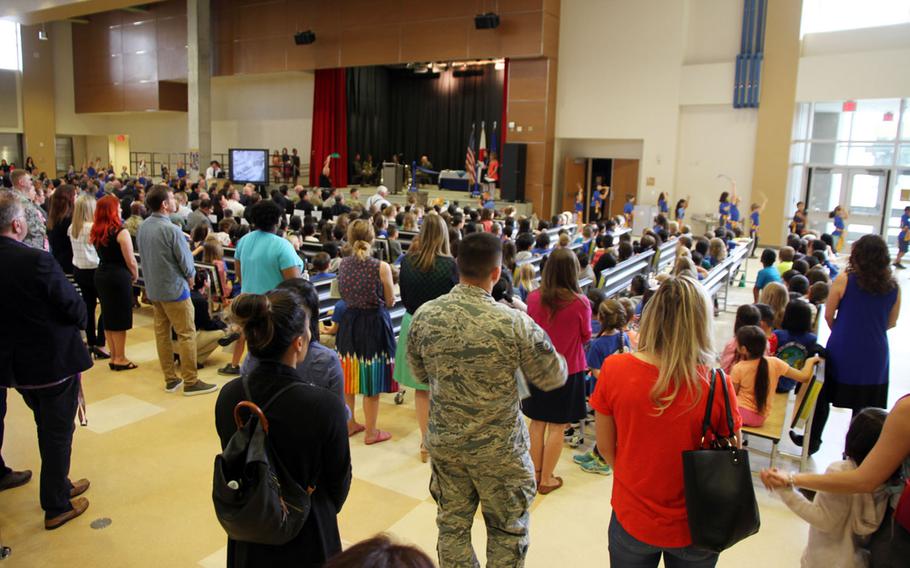 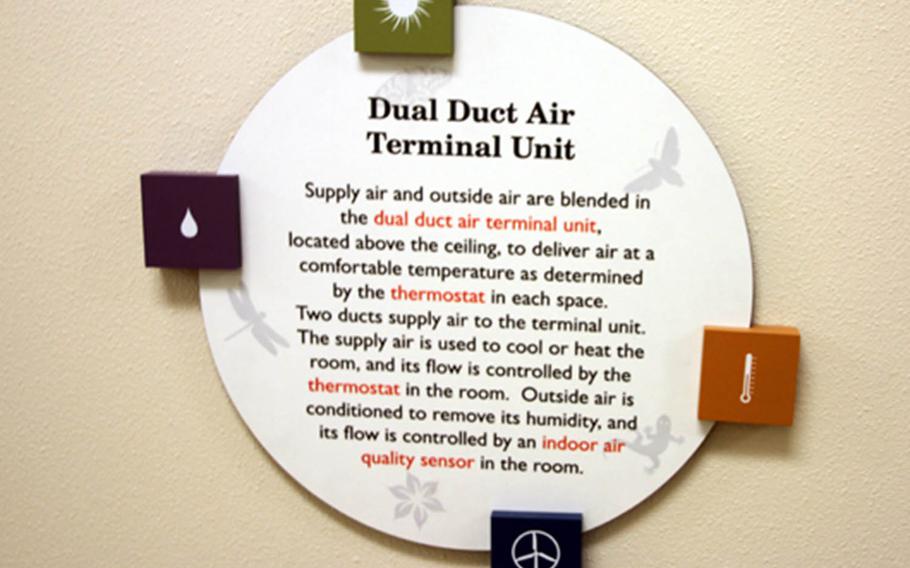 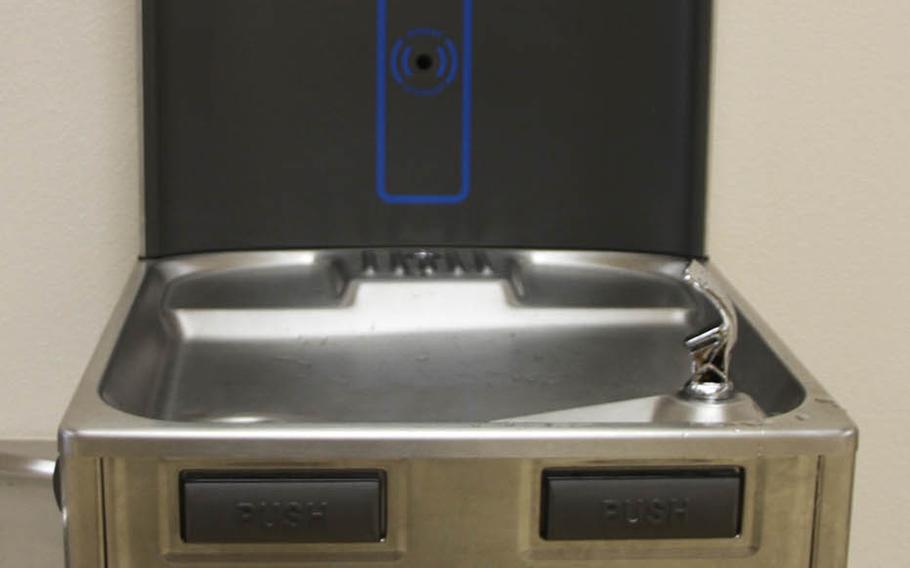 A water bottle-filling station is among the many perks at the new Kadena Elementary School, which officially opened Wednesday, Feb. 28, 2018. (Matt Burke/Stars and Stripes) 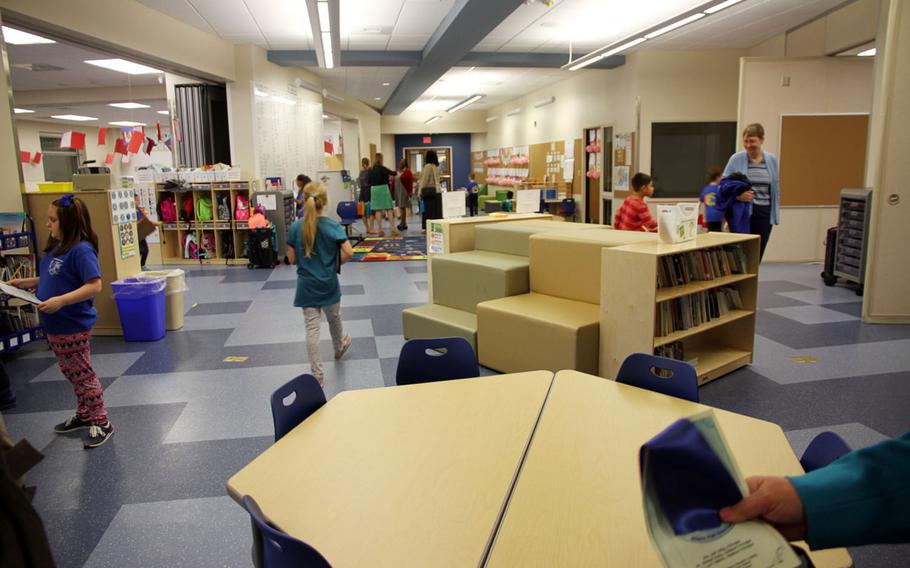 The bustling first-grade neighborhood at the new Kadena Elementary School is pictured on Wednesday, Feb. 28, 2018. (Matt Burke/Stars and Stripes) 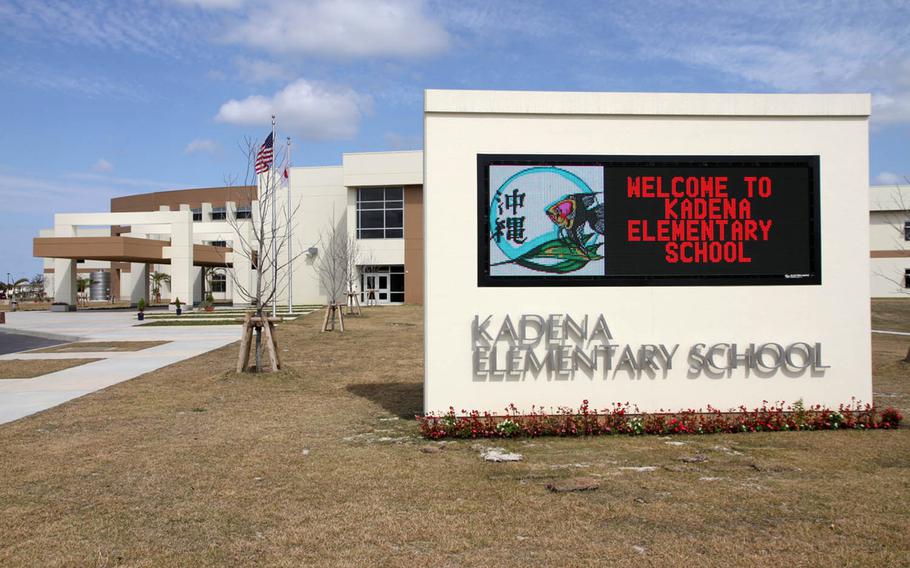 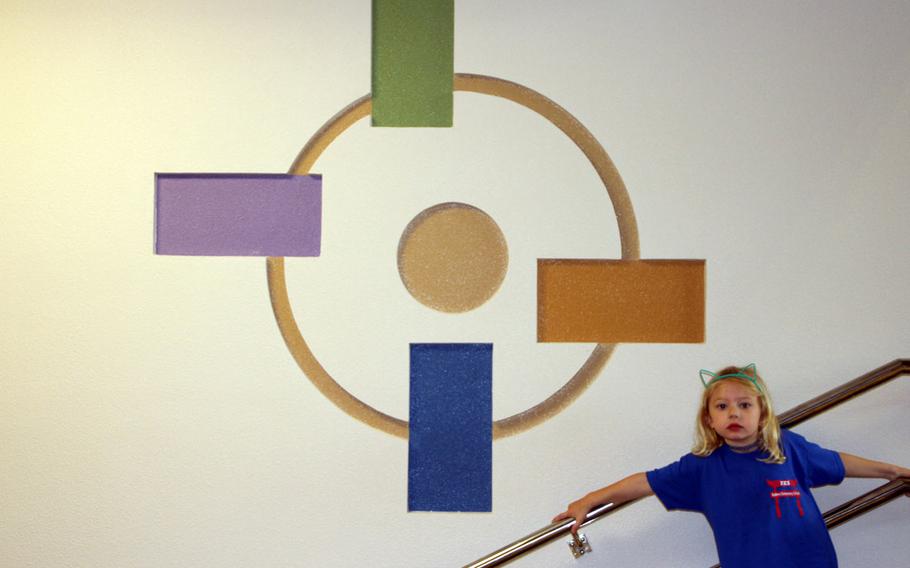 KADENA AIR BASE, Okinawa — A pair of schools that opened their doors this week at the home of the Air Force’s 18th Wing are designed to prepare students for the tech-focused jobs of the future.

The facilities are part of the Department of Defense Education Activity’s 21st Century school initiative to build places of learning that might have as much in common with Silicon Valley startups as they do with traditional schools.

“We believe the future is here with us already,” said DODEA-Pacific spokesman Marc Calero. “If we consider what employers value most today – the ability for employees to absorb, process and make the best possible decisions, combined with the landscape of modern day offices, production lines, or in-the-field consultations, 21st Century schools align our DODEA schools with the 21st century we live in.”

Before Wednesday’s ribbon-cutting, Kadena Elementary assistant principal Lorri Vallone placed a computer keyboard, a desk telephone with a cord and other items inside a Japanese tea harvesting basket that will serve as a time capsule to be opened in 25 years.

“We aren't using those as much anymore,” she said.

The new school includes large music rooms, computer labs and two gymnasiums. Spaces in the ceiling and glass windows allow students to see ducts, electrical wiring and even a boiler, with signs explaining how everything works.

The school’s first-grade “neighborhood” includes a whiteboard that takes up an entire wall, comfortable couches, bookshelves built into stadium-style seating and rotating walls.

Teachers there don’t “own” individual students — they teach as a team and focus on critical thinking, collaboration and communication, Vallone said. They assess students’ grasp of the material and give those who have the toughest time extra instruction.

The school plans to bring in experts to pass on knowledge from the outside world, Vallone added.

“The idea is meeting the academic needs of the student in an environment that allows for flexibility,” she said. “It’s a lot more collaborative.”

Bouncing balls for chairs, water bottle-filling stations and laptop docks were among the most popular features with students.

Some parents expressed reservations about how students who aren’t very social or suffer from attention deficit disorder will fit in, but most were willing to give the new school a chance.

“They’re excited,” Christine Landreth, parent of a fifth-grader, said of the kids starting at the school, adding that she thought the classrooms without walls were interesting.

The first 21st Century school opened in September at Wiesbaden, Germany, part of a $1.2 billion effort in Germany and Belgium alone. Another followed two weeks later at Yokota Air Base, home of U.S. Forces Japan and the 5th Air Force in western Tokyo.

Zukeran Elementary School at Camp Foster, Okinawa, is under construction and there are plans to modernize at least four others on the southern Japanese island prefecture, officials said.